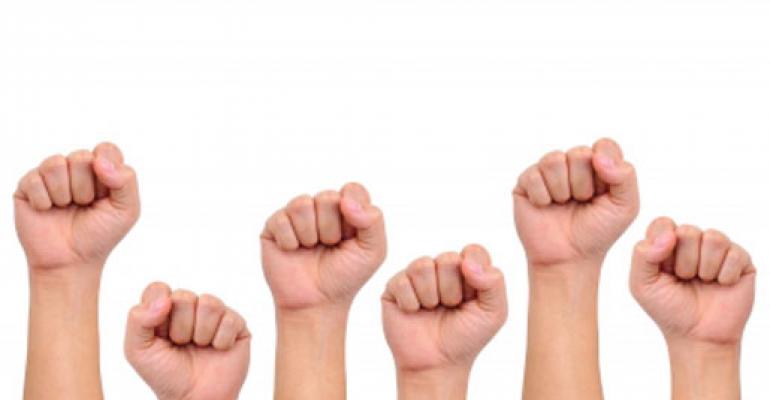 Patients injured by medical devices have stepped up their attack on CDRH director Jeffrey Shuren, appealing to Congress to fire him.

Patients injured by medical devices have stepped up their attack on CDRH director Jeffrey Shuren, appealing to Congress to fire him.

The unprecedented, coordinated attack by medical device-injured patients on CDRH director Jeffrey Shuren, first reported here last December, has moved from his email inbox to Capitol Hill in the form of an Internet petition to have Congress fire him for, among other things, putting industry concerns before patient safety.

This coincided with an aggressive inquiry from Minnesota Democrat Al Franken with a closely parallel focus, citing concerns reported by the Minneapolis Star Tribune about Medtronic's Infuse bone graft device and patient injuries the company reportedly failed to submit to CDRH for five years.

In an acrimonious political season in which a wide swath of corporate-versus-citizen complaints are commanding heated headlines in diverse online, broadcast, social and print media, the injured patients' issues with Shuren and his Center seem likely to have traction.

"Failures of the CDRH," it continues, "have harmed countless people and led to many preventable deaths.

"CDRH is 'captured' by industry. Division managers at the CDRH have close working relationships with representatives of medical device manufacturers.

"Fraud and data tampering occurs regularly in FDA clinical trials of medical devices. The CDRH's oversight of device trials is weak and ineffective, leading to approval or clearance of unsafe devices.

"Post-market surveillance by CDRH is lax. Problems with medical devices go undetected, which leads to injuries to unsuspecting American citizens.

"Patient advocacy groups and whistle-blowers who reach out to the CDRH to raise a red flag about problems with a medical device have been shut out or ignored. MedWatch reports of device-related injuries fall into a black hole at the agency.

"We call on the United States Congress to remove CDRH director Jeffrey Shuren from the FDA so that a new leader can take his place. A new CDRH leader must honor the agency's mission to protect and promote the public health."

Cofer says her petition is being followed by Pennsylvania Republican congressman Mike Fitzpatrick, who she hopes will bring it to the attention of his colleagues. Fitzpatrick has strongly supported injured patients' criticisms of Shuren and CDRH safety management in the power morcellator and Essure birth control controversies.

In its first 24 hours in cyberspace, the petition attracted over 270 signatures, including many comments Cofer characterized as "brutal" toward Shuren.

Some, like that from a New Jersey person named Tara Howie (only identification posted by the petition site), seemed well informed about the subject:

"In 2011 Shuren, when asked about the 510(k) process, Shuren said he doesn't know where precisely it is going, but it certainly won't be scrapped. He believes the system works well, although he knows there are those in the industry with 'angst' about the program--and he has seen this concern increasing. But the largest challenges pertain only to a small minority.

"This is my biggest problem with Shuren," Howie's comment continues, "the 510(k) process is a legal loophole for untested devices to go straight to market without any pre-market testing, simply based on the fact the device resembles a predicate device. Having had a device implanted that was based on a predicate device that was pulled from the market, yet the devices in me were not [pulled and this] shows exactly where a huge problem exists.

"Is Shuren that shortsighted? I think not. In his time at the CDRH he has lied (kinda) under oath, he has pushed his agenda, one that benefits him, yet leaves the consumer, frankly, screwed. The 'small minority' Shuren speaks of is not too small actually. Perhaps in his limited view of everything that doesn't pertain to him, or the lobbyists he's been making extremely happy, it is small, but if you ask thousands and thousands of consumers what they think of the way Shuren has decided to run the CDRH, they will undoubtably tell you there are many, many problems. Not only 'minor' ones.

"How can anyone within the FDA, or specifically the CDRH, be trusted when they work so closely with representatives from medical device manufacturers? The writing is on the wall so to speak. And it's well past time to make the changes necessary to protect the consumers, and not the wallets of the medical device industry. Greed in this country is putting dollars before clear, rational thinking. And it's time to change this, along with the leadership at the CDRH, beginning with Shuren . . ."

CDRH's management deficiencies have long made it arguably the weakest of FDA's six program Centers. For decades it has resisted administrative reforms and protected deficient managers from outside criticism as a succession of Center directors have courted user fee-paying industry leaders, seeking to make them happy and keep them that way.

Device-injured patients do not pay FDA user fees and no comparable efforts are made to make and keep them happy. Indeed, the Essure email campaign by about 1,500 individuals against Shuren produced no person-to-person responses from FDA, but instead only an innocuous FDA Web page update that indirectly acknowledged their interest without addressing substance.

And FDA's response to Cofer's petition was an arrogant "The FDA is aware of the petition" statement issued in response to my request for comment.

For a decade and a half I have watched and reported on the progressive march of FDA opacity toward the public it is bound by statute to protect even while it fudges that duty, a process dating from and proportionate to the advance of user fees and the agency's latter-day statutory obligation to be accountable to the payors of those fees.