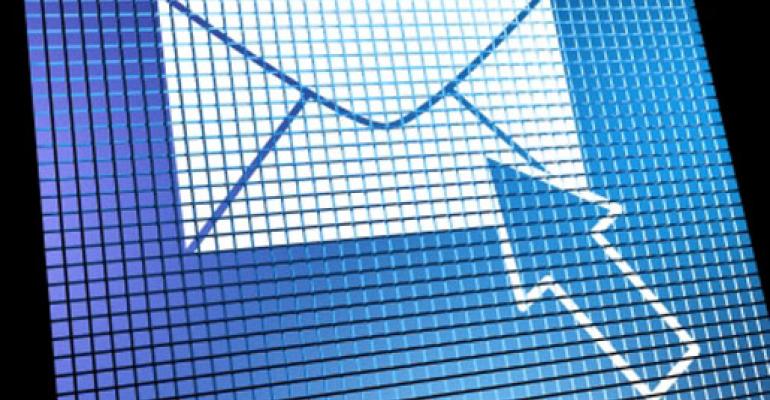 Injured patients have taken their demonstration to the email inbox of CDRH director Jeffrey Shuren.

Injured patients have taken their demonstration to the email inbox of CDRH director Jeffrey Shuren.

“Hey, hey FDA, how many people have you killed today?” Not since a chanting, angry crowd of hundreds of AIDS protesters blocked the street outside FDA headquarters in 1988 has the agency seen anything like the eruption of anger that CDRH director Jeffrey Shuren saw in his email inbox in October.

The modern-day equivalent of that mass demonstration 27 years ago (it was eventually effective in getting faster reviews for AIDS drugs) consisted of hundreds of angry patients bombarding Shuren with individualized templated letters demanding that he revoke the PMA for Bayer’s Essure permanent birth control device and resign his office.

The email campaign was organized by power morcellator activist Hooman Noorchashm, a Philadelphia-area cardiothoracic surgeon, and his physician wife Amy Reed, who herself was injured by a power morcellator that spread cancer throughout her body during a hysterectomy.

This bifurcated effort was quickly joined by a third injured-patient campaign that co-opted Noorchashm’s email template to the extent of demanding Shuren’s resignation and the revocation of PMAs for LASIK-approved lasers.

As the forces were joining, the email campaign folded in a new element: Shuren’s wife, Allison, was discovered to be a partner at the heavily FDA-oriented law firm of Arnold & Porter, and she had medical device companies as clients. Shuren was, therefore, “literally in bed with industry,” Noorchashm alleged in emails to his network.

Publicly targeting an individual FDA official several tiers below the commissioner, who as a political appointee may be expected to bear the brunt of public attacks, is an approach that is precedent-setting. As such, it’s likely to be seen again—all the more so because many of the complaining women indicated in their emails a bitter awareness of the fact that they can’t seek redress in the courts because of FDA preemption.

Since the 2008 U.S. Supreme Court decision in Riegel v. Medtronic, devices like Essure and the LASIK lasers that have PMAs have been preempted from state court product liability claims.

According to the Noorchashm-Reed template letter to Shuren, CDRH’s “inability to properly consider the adverse consequences of nickel allergies and hypersensitivity in some [Essure] patients, as well as the evidence of fraud and data tampering at the time of this device’s approval, renders this PMA status invalid. These failures have very literally harmed thousands of young and otherwise healthy American women since 2002.”

The template left room for women to insert their own post-Essure adverse experiences, just a small sampling of which follows—

Tiki: “I have had uncontrollable bloating and nothing I do relieves it. My sex life with my husband has suffered due to constant cramping. I have had numerical infections in my abdomen no one can figure out what it is or get rid of it. I randomly break out in hives for no reason. This product has ruined my life for 6 long years it's time you listen to the women who are suffering. I now have to go through major surgery to get these terrors out of my body.’

Ambi X: “My story started August 31, 2010 when my decision was made for me to be sterilized by the essure device. From that day on, my life has been changed forever. This ‘non-surgical’ procedure has resulted in a partial hysterectomy, due to the migration of my left coil that was found through exploratory surgery to be lodged near my right kidney, and with residual side effects ranging from Chronic Fatigue, numerous autoimmune diseases and in no way am I able to be the Wife, Mother, Daughter, or Friend that I used to be.”

Tamara: “Just a few weeks after enduring the excruciatingly painful placement of Essure, I knew something was terribly wrong. I lost 10 pounds, had extreme abdominal and pelvic pain, suffered burning sensations throughout my body, blurred vision, slurred speech, muscle weakness, and other adverse effects. No one could explain my symptoms. I endured 3 months of feeling like I was being poisoned to death before I found a doctor to remove the device. In the last 3 years I have undergone 2 surgeries to remove my reproductive organs, over 20 Emergency room visits, countless doctor and specialist appointments, invasive tests, and developed fibromyalgia and allergies. I lost my ability to be gainfully employed and have had to miss time with my family. Essure has destroyed my health and my life as it was.”

Lusine: “In October of 2012, after deciding that my family was complete after having 2 beautiful children, I made the decision to get the Essure Procedure done because it was advertised as safe, non surgical and effective. Little did I know shortly after my health will dramatically start to decline. At the age of 35, I feel like a 70 year old. Getting out of bed to go to work every day has become a daily struggle.  I feel like my children have lost their mother for the last 3 years. I now have chronic pelvic pain, back pain, major hair loss, very painful and heavy menstrual cycles, dental issues, aches all over my body, extreme fatigue and depression. As a single, hardworking mother, all I can do is push forward through all the pain.”

An FDA spokeswoman told me the agency was aware of the email campaign, and “we are reviewing all of the emails received.” She declined to answer questions about how Shuren was managing his bloated inbox and what response he was making to the angry email senders.

Of course, in a bureaucracy like FDA, that will likely all be taken out of his hands and handled by others for him. Except for the resignation demand, which FDA’s responses (if there are any) will almost certainly ignore.

Flushed with the success of his campaign, Noorchashm sent Shuren an email on October 16 that concluded: “Dr. Shuren, I advise you to resign immediately. There are many harmed Americans who now know what you have allowed to happen from your leadership post at CDRH. Your center is not protecting the public's health, it is protecting industry interests—and that, sir, is treason against the America’s public health.”

It took four or five years for FDA to placate the AIDS protest movement of 1988, and although the 24-7 news cycle, Internet, and social media innovations since then have accelerated the pace of events and government reactions to them, it will likely take at least that long to placate the injured patient movement.

A major element that was not present in 1988 is the funding of FDA by industry in the form of user fees. This means that injured patients have “no skin in the game.”

All they can do is complain and in so doing hope to attract support from Capitol Hill, where industry has long ruled the roost through campaign contributions and PAC support.