An Industry Takeover at FDA? 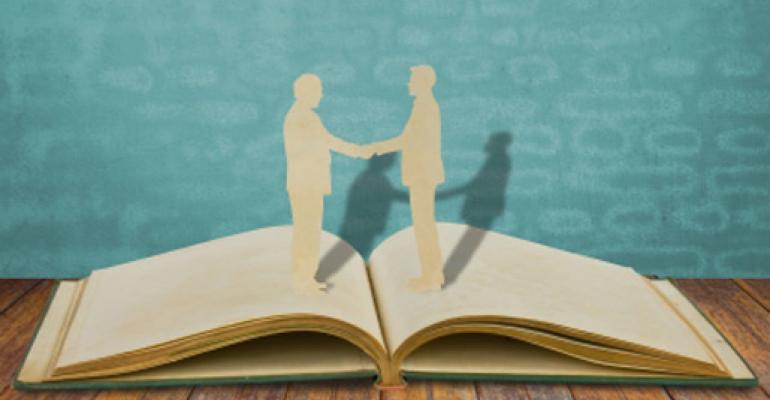 A recent controversy highlights the close relationship between FDA and industry, with some critics calling discussion of key legislation by the regulator and the regulated unethical.

A recent controversy highlights the close relationship between FDA and industry, with some critics calling discussion of key legislation by the regulator and the regulated unethical.

If the Obama Administration and its improbable industry supporters have their way, Robert Califf will become, sometime in January, the first FDA commissioner to “capture” the agency from the inside with a full remit of enthusiastic support from its regulated industries.

Califf has been on the FDA payroll as a deputy commissioner since he came from a Duke University cardiology professorship last January—a move seen at the time as setting him up for the commissioner’s slot.

His nomination has been vigorously attacked for the same reason it was quietly aborted in 2009 in favor of Margaret Hamburg—his long career at Duke University consulting with numerous drug companies, far more contact, and much closer, than any prior commissioner.

Califf’s looming appointment would seem a far cry from the impartiality standard imposed on his predecessors, perhaps best expressed in the 1978 words of FDA’s then-chief counsel Nancy Buc—to demonstrate “a healthy tension” between the agency and the industries it regulates by maintaining an “arm’s length” relationship.

That sounds quaint now. It comes from ancient history, being in vogue long before user fees came to FDA in 1993, bringing in their wake radical changes to the previously nervous FDA-industry relationship.

Today fee-empowered companies and their multiple Washington lobbies routinely sit down with FDA and its congressional minders at distances closer than arm’s length.

Among other things, they write legislation together. Behind closed doors.

News about this erupted in December, scandalizing public-interest watchdogs like Public Citizen and the National Center for Health Research’s Diana Zuckerman, who told Inside Health Policy the practice would never have been tolerated when she worked on Capitol Hill (1985-95).

“As a senator, President Obama would have spoken out forcefully against this, but this is his administration, so what is he going to do about it?” she asked.

The online publication broke the story after receiving emails and documents from FDA pursuant to Freedom of Information Act requests that showed close collaboration between AdvaMed and FDA in developing the 21st Century Cures Act, which has passed the House despite criticism from former FDA commissioner David Kessler and others concerned that it could weaken FDA product approval standards.

For its part, Public Citizen publicly condemned senior FDA officials, including Califf, acting FDA commissioner Stephen Ostroff, and CDRH director Jeffrey Shuren, for “colluding” with AdvaMed on the bill, which the activist group said in a December 11 news release “would eviscerate the already far-too-weak safety rules for medical devices.”

Califf, it complained, “participated in at least one high-level strategy meeting with the industry regarding these efforts. No one from the FDA should ever have been involved in such a process, which violates the most elementary ethical standards...

“In response to this outrageous news, the U.S. Senate should, at minimum, halt consideration of Dr. Califf’s nomination until it has an opportunity to investigate fully exactly what occurred. We believe that news of Dr. Califf’s participation in this collusion with industry provides still further evidence that his nomination should be rejected.”

The distinction between the unseemliness of FDA jointly writing legislative text with industry and conscientiously listening to industry’s viewpoints on the bill’s draft language seemed to be lost on both FDA and AdvaMed after the uproar arose.

An FDA spokesperson told IHP that agency officials “routinely meet with a diverse group of stakeholders” that include industry, as well as patient groups and consumer groups.

“With respect to 21st Century Cures, FDA met with industry, patient groups, consumer groups and other interested stakeholders to better understand their interests and concerns. Congress regularly asks us for technical assistance about how to modify language proposed by outside groups, as was the case here.”

An unnamed AdvaMed official was quoted by IHP as saying there’s nothing unusual about Congress seeking input from stakeholders, including regulatory agencies and trade associations during the legislative process. “The fact that an association and an agency might discuss how a particular piece of legislation might be operationalized or might impact them is not uncommon,” the official said.

Even a spokesman for the Energy & Commerce Committee weighed in to placate concerns that something untoward was going on with the 21st Century Cures Act. The committee and its members welcome input from all parties, including stakeholders, outside experts and government agencies, and encourages parties “in and out of government” to find consensus around specific policy proposals.

All just business as usual, no big deal, everyone said.

So who’s right? The public-interest complainers who were kept out of the joint FDA-industry legislation-writing meetings, or the insiders who participated and are happy with the process the way it is?

To my mind, the answer depends on whether you trust the government to do the right thing when it huddles with industry behind closed doors in one scenario while it tries to discharge its statutory, user fee-influenced responsibilities with the same industry in another scenario.

The IHP report said that when asked about information that CDRH director Shuren had attended AdvaMed board meetings, FDA refused to release details of Shuren’s calendar and meetings.

This raises another troublesome issue pertaining to trust: FDA’s increasing secretiveness since it acquired, along with all other government bodies, the ability to exclude the public, including or especially the news media, from its inner daily processes and personnel.

This came about after the 9/11 terrorist attacks and physical security was installed in all government buildings. Prior to this, anyone, including journalists, could just walk in and talk to anyone who wanted to talk to them.

All that has disappeared.

FDA has been zealous in expanding its “security” screens far beyond the merely physical (bag searches, ID checks, metal detectors, etc.) to impose visitor escort rules under which nobody speaks to anybody without pre-clearance and active monitoring, mugshots, and electronic recording—all for your “protection,” of course.

In addition, all news media contacts, whether phone or email, are screened, diverted, or denied by so-called Public Information Officers for suitability and whether or not they will reflect credit on the agency.

IHP got access under the Freedom of Information Act to emails and documents that did not reflect credit on the agency.

Perhaps the screeners failed to see danger in the documents and emails they released.

I have had some of my requests delayed in processing so long they were useless in a news sense when the requested documents finally showed up years later, and even several that never showed up at all.

This, of course, never happens with requests from user fee-paying regulated industry.