How to Sharpen Your Regulatory Sword 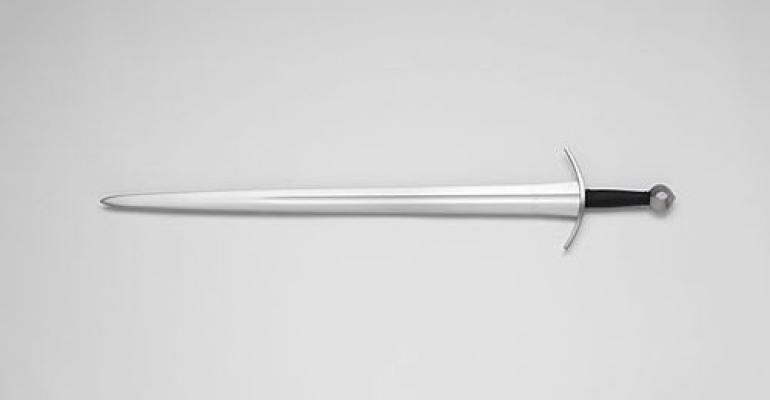 A regulatory affairs rebel explains how to exploit loopholes in the pathways to market for medical devices and use the CFR to crush your competition.

Michael Drues blows the stereotype of the cautious, by-the-book regulatory affairs professional out of the water.

The fiery president of Grafton, MA-based consulting firm Vascular Sciences believes rules--even those stated in the CFR--were made to be broken (or at least bent), and he sees regulatory requirements less as hoops to jump through than as weapons in his arsenal.

While his peers are busy developing regulatory strategies, Drues is sharpening his regulatory sword.

[Hear from Drues at this year's MD&M East Conference. He'll be speaking on "Designing and Getting Paid in a Highly Regulated Environment" on June 14, 2016 in New York City.]

The foundation for what he calls a "competitive regulatory strategy" starts with a solid understanding of all the pathways to market for medical devices--which don't end with 510(k) and PMA, the two most common routes. There's also the de novo classification process, the humanitarian use device program, custom device exemption, and exemptions for emergency use and compassionate use.

"If you don't understand all the pathways and the advantages and disadvantages of each, how can you know when to use or not use each one?" Drues asked. "How can you do your job?"

He conceded that 510(k) is often the easiest route to market for a medical device but also emphasized that the path of least resistance isn't always the most beneficial for companies. If a company is developing a first-of-its kind device that could go either way, he says it might be worth its while to go the extra mile and apply for a PMA rather than a 510(k).

That strategy can be especially beneficial for big device companies with lots of resources. Small firms and startups are not too keen on taking the longer and more arduous PMA route, he said. If that's where the larger company has set the bar, it might be enough to make smaller competitors' backers pull their funding.

Drues said he began his career in R&D, where he was encouraged to think outside the box and lamented that creativity is often discouraged among regulatory affairs professionals.

"I love to put regulatory strategies together in creative and innovative ways," he said.

Still, many companies shy away from the HDE pathway because it limits the patient population a device can target, but Dries said there's a loophole there to exploit.

"You need to identify what we call a medically plausible subset of less than 4000 patients per year in the U.S., but you can add that up in a litany of different ways," Drues said.

Once the device is approved under an HDE, he said the company could apply for a label expansion to target the larger overall diabetes market.

"It's always easier to do a label expansion than to bring a product onto the market originally," he said.

Another competitive regulatory strategy Drues suggested involves using the de novo classification to your company's advantage. Created in 1997, the de novo pathway was used infrequently by medical device companies in the past; between 1998 and 2009, only 54 devices were brought to market that way. But changes made last year have made it a more attractive option for companies.

De novo submissions include the option for device makers to recommend the class under which their device should fall, and Drues said it might not always be to a company's benefit to shoot for the lowest class. "For competitive reasons, maybe you're going to want to bring it to Class II," he said.

Drues also explained one way companies can use regulatory guidances to their advantage. While these documents aren't binding, they do carry some weight with regulators, he explained.

"If you're not doing what's in the guidance, you need to make an argument as to why you're not," he said.

And while many moan that guidances are dictated by FDA, Drues said much of what these documents contain actually comes from industry. This provides an opportunity for companies with first-of-their-kind devices--whose submissions often inspire guidances--to obstruct the path for their competitors.

"I can design a test methodology that favors my product while making it more difficult for a competitor to meet that test," Drues said.

Have doubts that trailblazers actually influence FDA's thinking? Drues claimed to have proof, albeit circumstantial. He says to test his theory he has intentionally included grammatically awkward phrasing in a few submissions over the years.

"Long story short, those awkward phrases showed up in the guidance," he said.

Despite his seemingly cavalier attitude toward the rules, Drues insisted he's not opposed to medical device regulation. In fact, he serves as a consultant to FDA and vigorously defended the agency several times during his presentation. But he's not one to blindly toe the line either.

"If following the rules doesn't make sense in my particular situation, I will be the first to try a different path," he said.