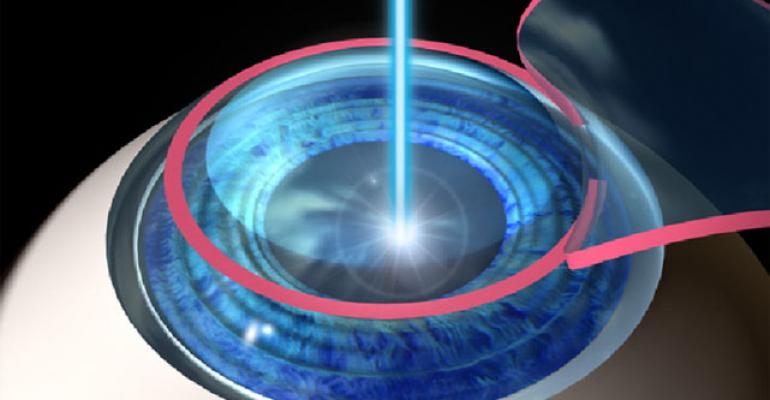 Harvard Medical School assistant clinical professor Perry Rosenthal lashed out in August at what he alleges is FDA’s continuing failure to protect the public from LASIK surgeries performed for “non-medical reasons on a healthy organ critical to our ability to function” - surgeries that he says should, but don’t, have a zero risk of serious, permanent complications.

In a statement on the Web site for the Boston Eyepain Foundation, of which Rosenthal is a founder, he says that as a former practicing eye doctor at the Boston Foundation for Sight, “I have a confession to make. Despite my having been aware of the many blinding consequences of this surgery, having treated many of them … I too failed to act on my observations that these surgical procedures can destroy the quality of life of these victims.
“I did nothing,” the statement continues, “until I became aware of a complication that had not been previously reported; long lasting and in many cases, probably permanent, suicide-provoking eye pain.” Rosenthal speculates that this “devastating complication” probably was not reported because these eyes typically look normal and well-healed – meaning eye doctors were misled and assumed patient complains of pain must be imaginary. Moreover, since the pain can occur years after the surgery it is less likely to be connected with the surgery.
What Rosenthal says he didn't expect however was a “coordinated effort to suppress this information.” He lashes out at two peer-reviewed, professional scientific journals which “summarily rejected” a study he conducted on 21 patients detailing the characteristics of this pain disease. “I was confused,” he writes. “So I sent the paper to world-class pain researchers for their opinions. All supported its being published.”
Rosenthal says his next step was to send his paper to FDA, despite being warned that the agency would not respond. “I didn’t believe it. I was wrong. I sent the paper twice without it even being acknowledged.”
According to Market Scope, a Manchester,MO-based research company for the ophthalmic industry, roughly 800,000 LASIK procedures have been performed every year worldwide since 2000 and the available pool of surgical candidates is growing by 2 million eyes per year. “This is a huge industry with tentacles that appear to reach the bowels of the FDA,”Rosenthal’s statement says. “In the meantime, I think about what will be happening to the vast numbers of the people who will be undergoing these procedures, ignorant of their possible life-destroying complications. Shouldn’t they at least be able to make an informed decision?
Rosenthal’s statement came 31 months after former CDRH branch chief for diagnostic and surgical devices Morris Waxler petitioned FDA to reverse his approval of ophthalmic devices for LASIK, complaining about the industry’s promotion of an injury rate of less than 1%, upon which the approvals were based. Waxler alleged that “Manufacturers and their collaborators withheld more than 10% of the adverse event data from 13 of the 25 studies, more than 20% from 12 studies, and more than 40% from seven studies.”
FDA has not responded to the petition.
TAGS: News
0 comments
Hide comments
Related