FDA’s Move on LDTs is a Power Grab 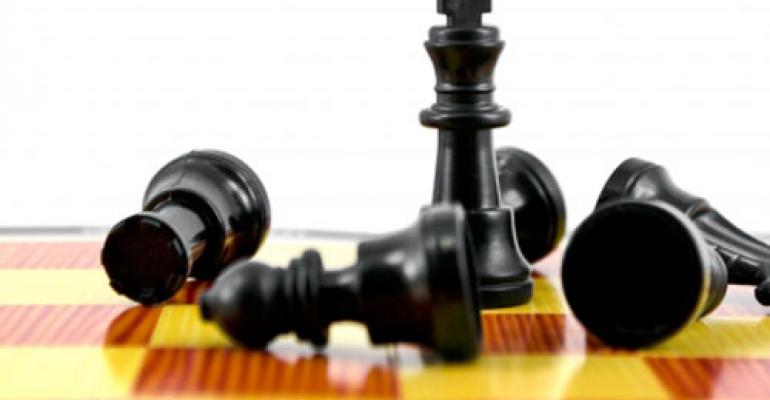 The agency should have gone for a notice of proposed rulemaking instead of a draft guidance when it comes to its oversight of laboratory-developed tests.

The agency should have gone for a notice of proposed rulemaking instead of a draft guidance when it comes to its oversight of laboratory-developed tests.

In its pending Framework for Regulatory Oversight for Laboratory Developed Tests (LDTs), FDA is making an audacious and potentially futile power grab.

Futile because however justified by public health concerns, the vehicle the agency has chosen is the legally vulnerable guidance document. Like anything FDA says publicly as an institution, the content of guidance documents is there to be weighed, interpreted, and tested in diverse forums (including courtrooms).

Moreover, the content is currently devoid of regulatory force. Every FDA guidance bears on its first page a boldly boxed statement saying it “represents the agency’s current thinking on this topic. It does not create or confer any rights for or on any persons and it does not operate to bind FDA or the public. You can use an alternative approach if the approach satisfies the requirements of the applicable statute and regulations.”

FDA should have gone the direct regulatory route, with a formal Federal Register notice of proposed rulemaking. The agency has not said why it did not do this, but a little reading between the lines makes it apparent: LDTs are overwhelmingly performed by many thousands of small laboratories pursuant to an order from a local medical practitioner, most of whom would likely resist a mandatory regulation in federal court and on Capitol Hill.

Daily, the small laboratories see their business being encroached upon by a relative handful of large, nationwide corporations using fast-evolving advanced technologies and who uniformly applaud FDA’s comfortably phased-in, risk-based, nonregulatory framework for their booming business.

Public comments on the proposed guidance have been overwhelmingly negative.

As American Clinical Laboratory Association (ACLA) lawyers Paul D. Clement and Laurence H. Tribe wrote in an authoritative white paper trashing the draft document, an LDT is not a “device” but rather a “testing service.”
As such, they wrote, an LDT “is not sold as a kit, and the protocol is not transferred in any manner to other laboratories, hospitals, or other facilities outside the developing laboratory entity; indeed, it is not distributed commercially at all. No physical product is sold. No article of personal property is transferred such that title passes from one party to another.”

How does FDA get around this simple logic? According to the October 3, 2014, draft guidance, the agency has crafted its own definition of an LDT as “an IVD that is intended for clinical use and designed, manufactured and used within a single laboratory.”

This sidesteps, as if it doesn’t exist, the constitutional limitation on laws like FDA’s umbrella 1938 Federal Food, Drug, and Cosmetic Act that restrict its jurisdiction to “articles” in interstate commerce.

Instead of addressing that historical barrier, the draft guidance builds its substantially rhetorical foundation on the much later 1976 Medical Device Amendments, which for the first time explicitly added IVDs (in vitro diagnostics) to FDA’s jurisdictional turf.

But LDTs cannot logically be said to be IVDs in interstate commerce (FDA’s jurisdictional trigger) because FDA’s own home-crafted definition says they are conceived, created, and delivered within the confinement of a single laboratory.

FDA’s explanation for why it has not treated LTDs as a kind of IVD from the get-go is that way back in 1976 all of them were small-scale, highly localized, manually operated tests for uncommon diseases. Accordingly, it decided to exercise “enforcement discretion”—bureaucratese for “not regulate them.”

The agency’s rationale for twisting the law in this way is that it has become alarmed by technological advances that have greatly expanded the speed, scope, and reach of large-scale industrialized LTDs, to the point where FDA says it now sees “a wide range of risks” associated with them.

The draft guidance says FDA has become concerned that compliance with the 1988 Clinical Laboratory Improvements Act (CLIA) is now insufficient to assure public safety because many modern LDTs are manufactured with components that are not legally marketed for clinical use, offered beyond local populations and manufactured in high volume, used widely to screen for common diseases rather than rare diseases, used to direct critical treatment decisions, and highly complex.

The vagueness of these sweeping claims has all the hallmarks of a power grab—acquisition of an under-the-radar regulatory mechanism that could be used in other, future situations where this cumbersome bureaucracy might want to make a swift response to another product technology challenge.

During an FDA public workshop on the draft guidance in January, ACLA president Alan Mertz said it is “unnecessary, without statutory basis and should be withdrawn.”

For decades, he said, LDTs have been “comprehensively regulated” by FDA’s sister agency, the Centers for Medicaid and Medicare Services (CMS), state regulators, and “deemed authorities” such as the College of American Pathologists.

Mertz said that “by promulgating such sweeping regulatory changes through guidance, FDA bypasses the requirements of the Administrative Procedure Act... ACLA has long supported modernizing the current CLIA framework to keep pace with changing technology. This could be accomplished without duplicative regulation and cost, and without stifling innovation.”

He also said his association is worried that the agency has inadequate resources to review even a fraction of the thousands of LDTs.

Gregory Storch, who represented the Pan American Society for Clinical Virology and American Society for Microbiology at FDA’s workshop, said his clients are concerned that provisions in the draft guidance could seriously curtail LDTs for infectious diseases. “Most importantly,” he said, “premarket review would be prohibitive in terms of cost and regulatory infrastructure for most laboratories that develop and use infectious disease LDTs.”

Epstein Becker & Green attorney Bradley Merrill Thompson told the workshop that the LDT dilemma should be viewed in much the same way as FDA’s approach to pharmacy compounding—when does an LDT process merge into an IVD process that is regulated by the agency as manufacturing?

He suggested that FDA create a pharmacy compounding-like compliance policy guide to discern the difference between LDTs and IVDs made by industrialized laboratory companies that are manufacturing operations.

For example, Thompson continued, FDA could look at the equipment the lab is using and determine if it is engaged in processes that are more akin to manufacturing than lab services. FDA could also identify an already-available product on the market that the lab is mimicking that would make it an IVD and not an LDT, he explained.

“And you could look at the promotion,” Thompson said, adding that “FDA frequently goes after physicians engaged in the process of selling the use of medical devices (e.g. LASIK). FDA the last couple of years has gone after ophthalmologists for selling the procedure and over-promoting what LASIK can do. So FDA can look at the promotion of specific lab products instead of the services provided to discern the difference between legitimate lab services and IVD manufacturing, which would require FDA oversight.”

He said his organization has long called for FDA to modernize its regulation of LDTs and believes the proposed framework is supported by agency authorities, which he did not enumerate.

“FDA’s current enforcement discretion for LDTs has become recognized by many stakeholders as a clear gap in diagnostics oversight,” Fish told the workshop.

“We believe FDA oversight of diagnostic tests – including companion diagnostics, regardless of the manufacturer—is essential to patient safety... A test presents the same risk for patients regardless of whether it is developed by a manufacturer or a laboratory. ...

“The current diagnostics oversight paradigm results in a tremendous public health gap and highly disparate treatment of tests that are the same from the perspective of patient risk and safety, simply on the basis of where they are developed. This is bad public policy, provides an opportunity to use tests in clinical settings that have insufficient clinical data, and stifles investment in high quality products that are assured to be safe and effective for patients.”

Beyond this, and not addressed in the draft guidance, is the reality that physician-lab test interactions are primarily regulated by the states, not FDA or CMS.

Any way you look at it, the LDT draft guidance is a power grab that, if successful, has troubling implications for the future.