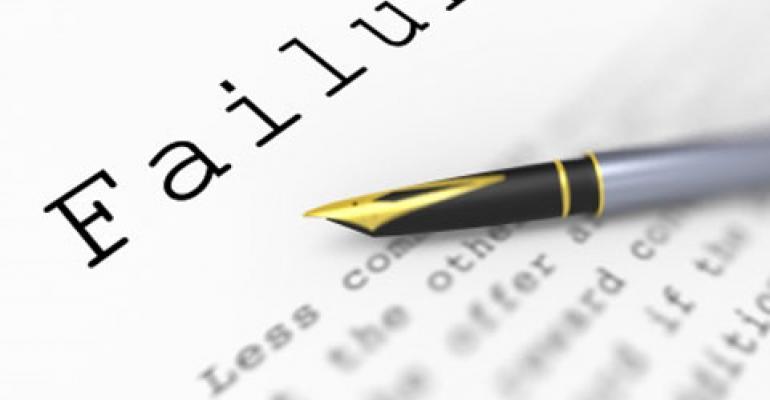 Recent media coverage of adverse events related to morcellators and duodenoscopes exposes the incompetence of FDA's Center for Devices and Radiological Health.

We had just absorbed the news of the 510(k)-damning laparoscopic power morcellator’s postmarket capacity to spread cancer throughout the bodies of one in 350 women undergoing hysterectomies with morcellation. Almost immediately after this news, we were confronted with outbreaks of even more lethal bacterial infections from incompletely sterilized duodenoscopes.

Besides their common FDA 510(k) status—something that tells nothing about their safety, since proof of that is not required for 510(k) clearance—the most noticeable characteristic these devices had in common was lax oversight in the marketplace by CDRH.

As recounted here in an earlier column and in The Wall Street Journal, CDRH uncritically cleared power morcellators for two decades and did not question their safety until The Wall Street Journal ran an exposé article in 2013. It took another year and another WSJ exposé plus heroic efforts by a victim and her husband to move the agency to warn against the morcellators’ use.

The duodenoscopes episode followed a similar course, but without the muscle of The Wall Street Journal it took much longer to unfold. It was the skinnier and more ubiquitous USA Today that picked up on the duodenoscopes story in February and ran with it, repeatedly. The initial report came from Ronald Reagan UCLA Medical Center on February 19 and to its credit, FDA issued a public alert that day about upgraded cleaning procedures for these devices.

However, that turned out to be a lucky break. The underlying problem at CDRH was much deeper than one hospital’s diligence in contacting FDA.

In April, USA Today reported that although medical device makers are required to file reports to FDA within 30 days of learning that a product may pose safety risks, and although duodenoscopes had been linked to the “transmission of drug-resistant bacteria among patients in at least eight U.S. hospitals from 2012-2014, the agency wasn’t notified of some outbreaks until long after they occurred…And in some cases, the disclosures never were filed.”

Moreover, the newspaper’s review of CDRH’s public database for MDRs on duodenoscope-related infections could not find enough reports—only 75—to account for all the outbreaks of multidrug-resistant bacterial infections caused by carbapenem-resistant enterobacteriaceae (CRE) that had been linked to duodenoscopes.

Worse, FDA had redacted identifying information from the MDRs, making it impossible for USA Today to determine which outbreaks and manufacturers were missing from reports.

At least six of the hospitals where outbreaks occurred used duodenoscopes made by Olympus Corporation of the Americas, according to information obtained by the newspaper. The company declined to comment to USA Today, citing pending lawsuits filed by patients claiming harm from infections.

Olympus filed an MDR with FDA about an infection outbreak at Seattle’s Virginia Mason Hospital last August, USA Today reported, but this was well after company officials went to the hospital the previous November to investigate CRE infections there.

According to USA Today, the initial Olympus MDR said the hospital told the company in 2013 about “alleged infections” in patients treated with its duodenoscopes but did not say that company representatives had gone to the hospital and reviewed evidence that the devices were transmitting infections. The MDR also said the company never had a chance to examine the devices and that Virginia Mason personnel “declined” an Olympus offer to have its staff assess the hospital’s reprocessing operation.

In fact, the newspaper account said, company officials had access to the devices and sent them to Olympus for more detailed examination. The company representatives also reportedly observed the reprocessing activity at the hospital and validated that the work was free of errors that could explain the bacteria found on the scopes.

USA Today’s report called the MDR reporting problems it found “an Achilles’ heel in FDA’s oversight of medical devices: the responsibility for identifying potential safety problems falls primarily on manufacturers themselves. And if a flaw in a medical implant, a surgical instrument, or some other device goes unreported, the product can remain in use for months or years, raising profound public health risks.”

About half a million duodenoscope procedures are performed annually in the U.S. and the lion’s share of the duodenoscope market is owned by Olympus with its TJF-Q180V device, which although categorized by CDRH as a 510(k), had no 510(k) clearance at the time of the CRE outbreak.

As an FDA Web posting on this anomalous situation explained, to remove Olympus’ duodenoscope from the market pending 510(k) clearance “could lead to an insufficient number of available duodenoscopes to meet the clinical demand in the United States of approximately 500,000 procedures per year.”

Not a word about how the device could have captured the lion’s share of the market without having gone through the 510(k) clearance process.

Freshman congressman Ted Lieu (D–CA) sent a letter on March 23 that, almost a month later, had elicited little more than an acknowledgment saying Olympus was working on a response. Among other things, Lieu wanted to know why Olympus had not sought FDA approval for its duodenoscope redesign in 2010, when it first learned of the device causing CRE infections, and whether it plans to “recall the current duodenoscope and replace it with one that can be cleaned reliably?”

At time of this writing, FDA’s newest Web posting on the matter appears to be amply satisfied with Olympus’ upgraded and validated cleaning instructions, and Olympus’ own communications with its customers seems similarly satisfied with FDA’s position.

These are but two current examples of CDRH ineptitude. In recent months, I have dealt with others here, some that go back into the 1990s.

Take the issue of MDRs. In a 2009 HHS Office of the Inspector General audit, investigators found that while the Center has been receiving many more MDRs annually, very few are reviewed by analysts within 30 days and less than half within 60 days.

The OIG said then that FDA has no way to know when or how often manufacturers fail to file MDRs and the agency “rarely” takes action when reports are late. In a statement to USA Today, FDA said it does “routine surveillance” to ensure that device manufacturers file MDRs when their products are tied to possible safety risks.

Section 510(k) of the Federal Food, Drug Cosmetic Act, which provides the statutory portal through which 98% of new devices enter the market contains no provision requiring proof of safety and effectiveness. That is left to CDRH to determine administratively under rulemaking.

And that, in turn, is the fulcrum for what USA Today’s exposé called the “Achilles heel” of device regulation: manufacturers self-police their own compliance under the distracted and overwhelmed watch of a regulatory Center that is, in human health product safety terms, FDA’s most inept.