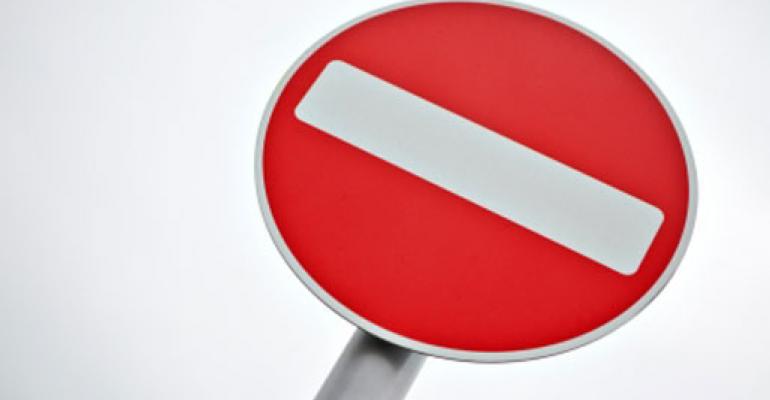 Why is FDA proposing a ban for powdered gloves but shows no signs of pursuing a ban for other devices that have raised patient safety concerns?

Why is FDA proposing a ban for powdered gloves but shows no signs of pursuing a ban for other devices that have raised patient safety concerns?

FDA's recent proposal to ban powdered gloves follows impassioned calls from patient advocates and consumer groups to ban a host of other devices, including metal-on-metal hip implants, vaginal mesh, and power morcellators. Each of these has been the subject of FDA safety communications and high profile campaigns led by patient and consumer advocates; in contrast, the campaign to ban gloves has been relatively low key, and sustained over several decades largely by a physician who filed multiple petitions with FDA before his death in 2014. Why is FDA proposing a ban for powdered gloves while, at least to date, the agency shows no signs of pursuing a ban for other devices that have raised patient safety concerns?

Part of the answer lies in the standard for banning. Section 516 of the Federal Food, Drug, and Cosmetic Act (FDCA) grants FDA the authority to ban, by regulation, any device the agency finds to present "an unreasonable and substantial risk of illness or injury" when that risk cannot be "corrected or eliminated by labeling or [a] change in labeling." (21 U.S.C. § 360f.)

"Unreasonable" may be the key concept in FDA's recent proposal, which describes serious risks of powdered gloves including acute respiratory reactions, inflammation, and granulomas, risks that greatly exceed the only identified benefit of increased ease in donning the gloves for healthcare workers. In short, powdered gloves carry serious health risks and no apparent upside to patients in increased safety or effectiveness when compared to alternatives (such as unpowdered gloves). In contrast, where potential clinical benefits exist, FDA may take measures that do not require the removal of the device from the market place, such as clinical studies to show how the risks and benefits stack up in specific subpopulations, and revised labeling to tilt the balance in favor of a benefit to patients by improving instructions for use or contraindicating certain uses.

Another device that has prompted calls for a ban seems, at least at first, to have the same characteristics as powdered gloves of a lopsided risk-benefit profile and minimal current use. That device is the electrical stimulation device (ESD), known to be used only at Judge Rotenberg Center (JRC) in Massachusetts to provide aversive conditioning to patients with self-injurious behavior (SIB) and aggressive behavior who had been diagnosed with autism or other developmental disabilities. The news program 20/20 ran a highly critical segment investigating JRC practices in using ESD and a UN report has likened use of the device to torture.

In  2014, FDA convened a panel to consider whether the ESD meets the standard for a ban. Although a slim majority of the panel concluded that the device presents an unreasonable and substantial risk of illness or injury, the panel made additional findings that could complicate FDA's analysis of whether the device is an appropriate banning candidate. In particular, the panel found that though available evidence did not establish a clinical benefit for ESD, many panel members noted the poor quality of available data, and a majority concluded that the device could be ethically studied under tightly controlled conditions.

With powdered gloves, FDA seems to be treating banning as a last resort, using its authority only when a device has no demonstrated clinical benefit. When FDA finds a device has potential clinical benefit that can be further studied or controlled by limiting use to a subpopulation, improving device labeling, or otherwise controlling how the device is used, FDA has relied on authorities other than banning to address device safety issues. Because the gulf between the risks of the ESD and its known benefits is so great, the device challenges this past practice and raises the question of when, if ever, banning is the right response when a potential clinical benefit for a population with few options exists.

The extent of the imbalance between risks and benefits for the ESD may not be the factor to decide that question. The comparison of ESD to torture makes ESD qualitatively different from other devices where FDA seems to have opted against a ban despite public outcry. Arguably, the comparison makes risk-benefit analysis completely inapt, and could cause FDA to expand its definition of what constitutes an "unreasonable" risk warranting exercise of this extraordinary authority.

Nancy Stade, JD is a partner at Sidley Austin LLP in Washington, DC. She has extensive prior experience at FDA, including as deputy director for policy at CDRH and counselor in the Office of the Commissioner.

The views expressed in this article are exclusively those of the author and do not necessarily reflect those of Sidley Austin LLP and its partners. This article has been prepared for informational purposes only and does not constitute legal advice. This information is not intended to create, and receipt of it does not constitute, a lawyer-client relationship. Readers should not act upon this without seeking advice from professional advisers.