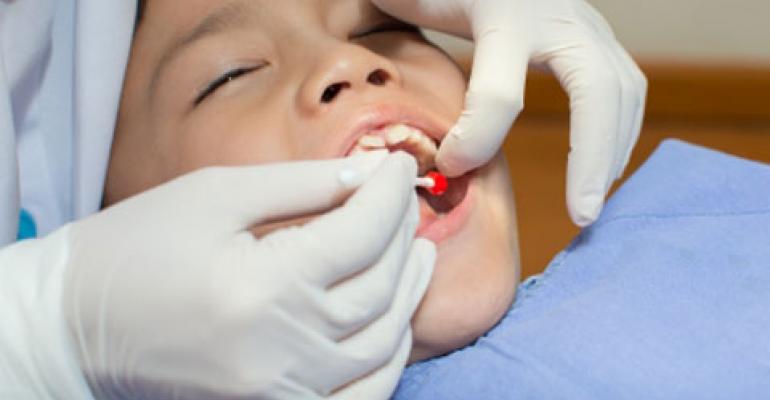 The agency recently denied three petitions seeking to ban mercury-based dental amalgams, which some studies have linked to kidney damage and neurological disabilities and diseases.

The agency recently denied three petitions seeking to ban mercury-based dental amalgams, which some studies have linked to kidney damage and neurological disabilities and diseases.

After another of its customary multi-year stalls on politically fraught issues, FDA in January substantially denied three five-year-old petitions seeking to rid American dentistry of mercury-based dental amalgams that have been scientifically linked to kidney damage and neurological disabilities and diseases like multiple sclerosis and Alzheimer’s.

The link is especially strong in children, neonates, and placental transfer to fetuses, and comes primarily from chewing with amalgam-filled teeth and, to a lesser degree, from eating fish.

Throughout patients’ lifetimes, these fillings release mercury vapor that is absorbed through the lungs and oral mucosa, according to studies submitted with the petitions—documentation FDA essentially dismisses as “not new.”

As it did in 2009 when it classified amalgam as Class II (safe and effective), FDA in January again defied the statutory approval standard for medical devices and drugs—production by manufacturers of substantial clinical evidence of safety and effectiveness.

Instead, the agency again stood by its unseen political directors, who in turn harken to the third-biggest-spending health professionals’ lobby, the strongly pro-amalgam American Dental Association. The association, in turn, answers to the estimated 30% of practicing dentists who still use amalgam because it is cheaper and easier than safer substitutes and who reasonably fear liability lawsuits from amalgam’s ill effects.

Turning down the three petitions’ primary objective, the effective removal of amalgam from the market, FDA consolidated its response to the International Academy of Oral Medicine & Toxicology et al and Moms Against Mercury et al, and separately wrote to Citizens for Health et al.

In both letters, the agency came close to admitting that its denials were based not on science but on a lack of it. There is “very limited to no clinical information available regarding long-term health outcomes in pregnant women and their developing fetuses, and children under the age of six, including infants who are breastfed,” wrote associate commissioner for policy Leslie Kux.

Kux did, however, go on to “partially grant” Citizens for Health’s request to change information on the agency’s dental amalgam Web site. She did not, however, grant its request to remove the term “silver fillings” from the site. The site changes were as follow:

1. Inclusion of the warning that “the developing neurological systems in fetuses and young children may be more sensitive to the neurotoxic effects of mercury vapor” in the potential risks section.
2. Addition of the following sentence after the reference to silver fillings, “Despite the name, ‘silver fillings’ do contain elemental mercury”.
3. Addition of an explanation of the concept of bioaccumulation to the Web site and the addition of links to the other U.S. government agency Web sites to provide further information on bioaccumulation.
4. Changing of the description of the clinical information on “pregnant women and their developing fetuses, and on children under the age of 6, including breastfed infants” from “limited clinical information” to the final rule’s description, which was “very limited to no clinical information”.
5. Explaining that amalgam’s primary component is mercury on the introductory page of the consumer Web site.

A pivotal but unanswerable question is: How many people with tooth decay consult FDA’s Web site before allowing their dentist to implant mercury-based amalgam fillings?

In evaluating the petitions, FDA cited its convening of a special advisory committee meeting in 2010 to gather input on mercury exposure assessments, reference exposure levels (RELs) for mercury vapor, and the adequacy of clinical studies on dental amalgam. The panel’s composition, conduct, and presentation time limits (three minutes per presenter) were strenuously objected to by the antiamalgam interests, to no avail.

“In general,” the petition denial letters said, “the panel discussed uncertainties with current risk assessments for dental and believed it would be helpful to have RELs that included data from the most recent studies. The panel also discussed that there may be certain populations that are more sensitive to mercury exposure than the general population. In addition, the panel found that a review of the available literature showed there is no causal link between the use of dental amalgam and various clinical diseases in the general population.”

Tulsa, Oklahoma attorney James M. Love (Titus Hillis Reynolds Love Dickman & McCalmon, PC), who filed a lawsuit last year that finally got FDA moving on the petitions, strongly criticized the denials. The agency, he said, “continues to allow the American people to be poisoned by their mercury fillings despite the scientifically demonstrated risks. Despite the shift of many countries away from mercury fillings, it appears that the FDA believes that the human mouth is a safe place to store mercury.”

In a 2010 study by Mutter et al in the Journal of Alzheimers Disease, the authors compared the amalgam controversy to the “the status of knowledge in the 1970s regarding the relationship between smoking and cancer.”

“The evidence is highly suggestive, but some links are missing,” the authors wrote “While there are clearly knowledge gaps to be filled, we feel that the available data are strongly suggestive of a potential causal link between mercury and Alzheimer’s Disease.”

The authors went on to “suggest removal of mercury from public and ecologic circuits and replacing it wherever possible by less toxic alternatives.”

FDA, in its “infinite wisdom” and politically guided course, has opted for the opposite approach. Because federal courts almost invariably defer to the agency’s presumed expertise, and because all other approaches have failed, Love does not expect to revive his lawsuit.

The next step would appear to be to wait, as former CDRH director Bruce Burlington once suggested in another context (hospital reconditioning of single-use devices), for science to measure a “body count” that can’t be denied.