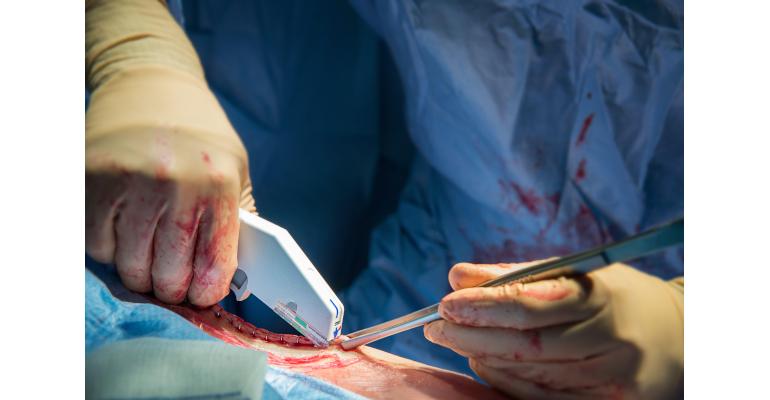 What does reclassification mean for biocompatibility evaluation of these now Class II medical devices?

On Oct 7, 2021, FDA issued a guidance on surgical staplers and staples for internal use, reclassifying them from Class I (general controls) to Class II (special controls) devices and requiring them to undergo premarket review.

According to FDA’s statement, the intent of this reclassification was to increase regulatory oversight of these devices given their increased use by surgeons as an alternative to manual suturing and due to the agency’s analysis of adverse events associated with surgical staplers and implantable staples (primarily attributed to their improper use or improper function).

Since they have been reclassified, these devices will now be subject to more stringent regulatory requirements, such as premarket notifications and special controls to help mitigate known risks of these types of devices.

In general, the class to which the device is assigned determines, among other things, the type of premarket submission/application that is required for FDA clearance for use in the U.S. market. Also, device classification depends on the intended use of the device and is a general assignment based on the associated risks that the device carries. For instance, Class I includes devices that have the lowest risk; present minimal potential for harm to the user; do not generally come into contact with a patient's internal organs, central nervous system, or cardiovascular system; and are often simpler in design than Class II or Class III devices. For example, elastic bandages, tongue depressors, and general surgical scalpels are categorized by FDA as Class I devices. According to FDA’s website, 95% of Class I devices are exempt from the regulatory process.

Most medical devices are considered Class II devices; they pose a moderate to high risk to the patient and/or user, are typically more complicated than Class I devices, and may come into contact with a patient's cardiovascular system or internal organs. Diagnostic tools also fall under Class II devices. Examples of Class II devices include catheters, syringes, sutures, and pregnancy-test kits. Class III devices pose the highest risk to the patient, are typically used to sustain or support life, are implanted, or present potential unreasonable risk of illness or injury. Examples of Class III devices include implantable pacemakers and breast implants.

As already indicated above, the regulatory-control measures applied to staplers and implanted staples have increased from Class I to Class II. According to FDA, most Class I devices are exempt from Premarket Notification 510(k), whereas most Class II devices require Premarket Notification (510(k). As such, moving the surgical staples and staplers to Class II now means that these devices need to undergo a full premarket notification (under a 510k submission), where device information is reviewed by the agency prior to approval for market.

With this change, it has been recognized by FDA that the general controls used for Class I devices are insufficient to provide reasonable assurance of the safety and effectiveness of the staplers and surgical staples. From now on, special controls will be applied to staplers and surgical staples, as for other Class II devices; these include performance standards, post-market surveillance, patient registries, special labeling requirements, premarket data requirements, and guidelines. Additionally, a 510(k) submission requires demonstration of substantial equivalence to another legally U.S.-marketed device during the submission. Substantial equivalence means that the new device is as safe and effective as the predicate. Based on this, additional input in the premarket notification/submission process is needed, along with follow-up data regarding the performance and safety of the devices (e.g., through medical device reporting) which are needed to mitigate the concerns for patient safety.

But What Does This Really Mean Regarding Evaluation of Biocompatibility for Surgical Staples?

The biocompatibility of a medical device is evaluated based on its intended use, type of contact with the patient or user, and duration of that contact. Thus, while the classification used by FDA does follow the general risk profile of medical devices (with Class I devices carrying low risk, and Class II and III moderate to high risk), the approach to evaluate biocompatibility does not depend on this classification per se, but rather on the categorization of the device based on its specific exposure during clinical use. The overarching international standard that covers the biocompatibility evaluation of medical devices is ISO 10993-1, which has been collectively recognized by countries globally as the general framework for this type of evaluation. Although country- or region-specific guidance documents may exist, the goal of different regulatory organizations has been to promote a uniform approach that would be accepted worldwide. FDA has written a guidance document titled Use of International Standard ISO 10993-1, Biological evaluation of medical devices - Part 1: Evaluation and testing within a risk management process, the purpose of which is to provide further clarification and updated information on the use of ISO 10993-1 to support applications to FDA. It is noted that with the most recent update to ISO 10993-1:2018, the latter has been mostly aligned with FDA guidance document regarding the relevant biological endpoints of concern.

In general, the FDA guidance document provides the biocompatibility endpoints suggested for a given medical device; for example, it highlights that for surgical staples that are intended to remain inside the body long-term, biological endpoints such as cytotoxicity, irritation, sensitization, material-mediated pyrogenicity, acute/subacute/subchronic/chronic toxicity, genotoxicity, and carcinogenicity should be evaluated. Of note, the guidance document does emphasize that “it may not be necessary to conduct testing for all or a portion of the biocompatibility endpoints suggested in the FDA matrix,” especially if it can be demonstrated that the particular material (e.g., specific-grade metal used in the staples) is used in a legally marketed predicate device with comparable tissue exposure and that manufacturing is not expected to adversely impact biocompatibility. While some testing may be omitted with available data and risk-based approach, for long-term contact with tissue or bone, the typical approach would be to perform chemical characterization testing (using extractables analysis per ISO 10993-18) to really identify what could migrate out of the device and whether these levels are acceptable for long-term exposure to the patient.

Along with the biocompatibility endpoint matrix presented in Table A.1 in the FDA guidance document, it is important to note that other device-specific guidance documents may be available that include recommendations regarding biocompatibility evaluations that should be considered in conjunction with ISO 10993-1. For example, FDA recently released a guidance document titled Technical Considerations for Non-Clinical Assessment of Medical Devices Containing Nitinol, which focuses on specific concerns related to use of nitinol in medical devices. Nitinol, a metal alloy composed of approximately a 50:50 ratio of nickel and titanium, is a commonly used material in the medical industry and is also widely used in surgical staples. The specific guidance document on nitinol highlights additional concerns and testing requirements, such as mechanical testing and corrosion testing to name a few besides the biocompatibility testing.

In summary, the recent change in device classification of surgical staplers and staples from Class I to Class II has impacted the rigor of regulatory review and oversight for these specific devices; however, the approach for biocompatibility assessment has not been impacted. As indicated above, the matrix in the FDA guidance document on the use of ISO 10993-1 should be considered above all other guidance for this aspect of submission, along with device-specific guidance documents that may be available.