FDA Is Really, Really Here to Help You 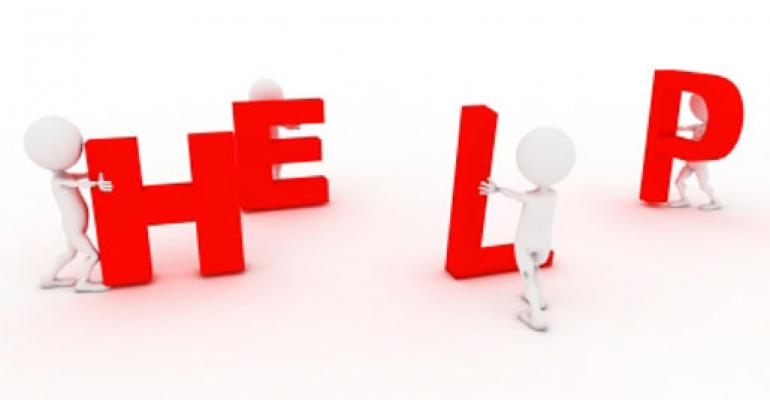 CDRH is developing guidance that prioritizes making life easier for industry. It&#39;s part of a changing mindset at the agency under the industry-friendly influence of new commissioner Robert Califf.

CDRH is developing guidance that prioritizes making life easier for industry. It's part of a changing mindset at the agency under the industry-friendly influence of new commissioner Robert Califf.

It used to be a joke, a laugh-getting line at industry meetings: "I'm from the government and I'm here to help."

It's tired now, so you don't hear it much anymore, even though the syndrome behind it is stronger than ever--public confidence in the federal government has plummeted to 19%, down from a 1962 high ("I like Ike!") around 88%.

FDA has been part of that, having sunk to anywhere from sixth to twelfth ranking among federal agencies after having been second only to the National Park Service in public esteem during the Eisenhower years.

CDRH is doing more than other parts of FDA to turn that around--at least so far as its medical device industry constituency is concerned.

It has launched an ambitious program of guidance development intended to lessen the burden its statutory interpretations place on device sponsors. This was evidenced most recently by a July 27 draft document entitled Use of Real-World Evidence to Support Regulatory Decision-Making for Medical Devices. A week later, CDRH upgraded the strategic priority of a device downclassification initiative though a Federal Register call for public comments on Retrospective Review of Premarket Approval Application Devices; Striking the Balance Between Premarket and Postmarket Data Collection.

While each are separate initiatives, they reflect significant CDRH efforts to selectively make life easier for industry, and a part of a changing mindset at the agency under the industry-friendly influence of new commissioner Robert Califf.

The first FDA chief to bring with him real-world experience and hands-on familiarity with sophisticated medical devices as a practicing cardiologist, Califf wove some of that into a speech at the annual meeting of the Medical Device Manufacturers Association in May.

He did this to allay any industry fears that he might, as other physician commissioners have done, view medical devices "through the regulatory lens used for drugs."

"I've had the remarkable privilege of witnessing amazing breakthroughs, literally 'thought up' in the midst of direct patient care," he said, before rattling off the names of colleagues who developed the first steerable guidewire in angioplasty and the first successful coronary stent, and others who patented devices and founded medical device startups.

"Based on this experience," he reassured his audience, "I know full well that devices are typically iterative and that it is expected that current generations of devices will be supplanted by improved technology, often very quickly. They typically require smaller and shorter clinical trials and their overall regulatory path to market is simply not the same as a drug--nor should it be."

"FDA recognizes," it says, "that a wealth of data covering medical device experience exists and is routinely collected in the course of treatment and management of patients."

While such data "may not have the same controls for data quality and against biased results as data collected within a clinical trial setting," the draft guidance acknowledges, "under certain circumstances" it may nevertheless have enough quality to "help inform or augment FDA's understanding of the benefit-risk profile of devices at various points in their life cycle."

These data typically come from electronic health records, registries, and administrative and claims data, it goes on, and "may provide new insights into the performance of medical devices. The information obtained could potentially be used to aid FDA in regulatory decision-making."

While such decision-making can be so informed throughout the agency, including its compliance and enforcement in the field, the draft guidance pointedly cross-references CDRH's already-started initiative to retrospectively review PMA devices with a view to down-classifying them. That was launched 15 months earlier and is the subject of an August 5 Federal Register call for public comment.

"By recognizing the value of [real-world evidence] as an important contributing factor for understanding and regulating medical devices," the draft says, "we hope to encourage medical device researchers, manufacturers, physicians, hospitals and other stakeholders to learn more from routine clinical care than we do today."

In this way, and without lowering FDA's traditional standards of safety and effectiveness, the draft guidance says it is possible real-world evidence "may be suitable to support the expansion of the indications for use of cleared or approved devices through an appropriate premarket submission."

Such evidence "may also be suitable to augment the information needed to support clearance or approval of the next generation of a device."

According to its August 5 Federal Register notice calling for public comment on CDRH's Strategic Priority "Strike the Right Balance Between Premarket and Postmarket Data Collection," to achieve this Strategic Priority, CDRH focuses on high-risk PMA devices approved before 2010 that are "of public health importance."

The notice says it is CDRH's vision "for patients in the United States to have first-in-the-world access to high-quality, safe, and effective medical devices of public health importance."

To achieve this, it says, the Center could shift the collection of some safety and effectiveness data by sponsors from the premarket to the postmarket setting. This is in addition to downclassification as a market entry speed-up tool.

A key part of this was a CDRH commitment "to conduct a retrospective review of all PMA product codes (procodes) with active PMAs approved prior to 2010 to determine whether data typically collected premarket could be shifted to the postmarket setting, and whether premarket data collection could be reduced through reliance on postmarket controls or devices could be reclassified (down-classified) in light of our current understanding of the technology."

This was completed last December.

In addition to issuing the "Strike the Right Balance" program last year, CDRH at the same time issued the guidance "Expedited Access for Premarket Approval Medical Devices Intended for Unmet Medical Need for Life Threatening or Irreversibly Debilitating Diseases or Conditions," which CDRH believes shifts appropriate components of premarket data collection to the postmarket setting, while maintaining the statutory standard of a reasonable assurance of safety and effectiveness.

CDRH's final listing of these pre-2010 devices that are now eligible for downclassification is posted here.

These are but a few of the ways CDRH is working to really, really help industry without straying from its statutory commitment to medical device safety and effectiveness.