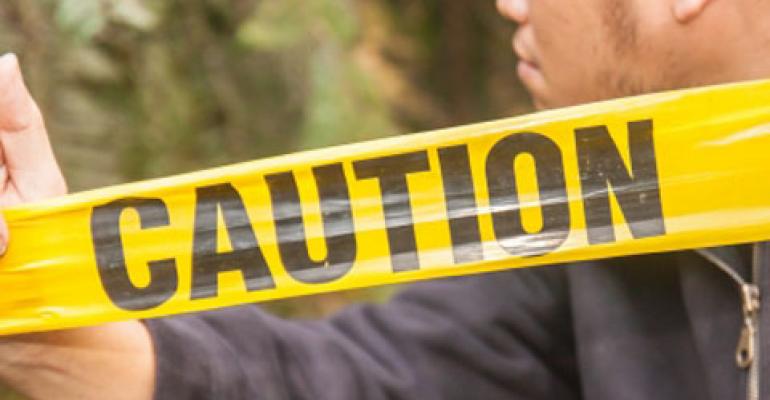 Every now and again, Center for Devices and Radiological Health (CDRH) flexes regulatory muscles it doesn’t have.

There was the time when it lost a federal court case against Utah Medical Products in 2006 over its unsustainable contention that a new good manufacturing practice becomes a regulatory requirement when it's generally accepted by industry, even if not written down and even if a majority of firms do not follow it.

That was blown out of the water by the presiding judge, who observed that in regulatory oversight of compliant companies, “many roads lead to Rome.” The government chose not to appeal, although CDRH wanted to.

Then in 2009 CDRH sent unenforceable cautionary letters to LASIK user facilities and eye professionals asserting that their advertising and promotional materials for FDA-approved lasers must be truthful, properly substantiated, and not misleading. However, CDRH did not have authority to follow through. That authority belongs to the Federal Trade Commission, and CDRH indeed never did follow through.

Not all of the letter was baseless posturing—the first five pages dealt with Quality System Regulation violations observed in a June 25, 2014 FDA inspection. But on the sixth page, with a seemingly “oh, by the way” afterthought, CDRH warned the company to discontinue its practice of leasing its 510(k) for the bed to other manufacturers.

FDA Florida District Director Susan M. Turcovski wrote that during the June 25 inspection, “you explained to our investigator that your firm was ‘leasing’ your 510(k) to other firms to manufacture therapeutic adjustable beds under the licensee firm’s own label. This practice is not recognized by FDA, and should be discontinued.”

The wording here seems carefully deceptive, even deceitful. If this were a typical FDA regulatory citation, it would refer to a statutory or Code of Federal Regulations section number instead of saying “not recognized by FDA” and would say “must” instead of “should” be discontinued.

Then the author attempts to fabricate more solid footing for FDA: “Please note the ‘leasing’ agreements you described differed from a firm that contracts with distributors or private labelers.”

Those entities routinely process finished devices before moving them on, unaltered, in the normal stream of commerce to end users.

“A 510(k) may be bought, sold, or transferred,” the FDA writer acknowledges, before moving swiftly to deliver the coup de grace, without any citation of statutory or regulatory authority:

So there you have it, at last: admission that this is nothing but FDA policy, with no more legal substance than that.

Apparently it has been growing fitfully, deep down in the agency’s bowels for about five or six years. That’s how long attorney Alan G. Minsk can recall discussing 510(k) leasing at odd intervals with CDRH officials on behalf of clients. He has been practicing FDA law for 23 years and is now a partner at Atlanta-based Arnall Golden Gregory LLP. Each time 510(k) leasing came up, he relayed to his inquiring clients the negative but informal FDA reaction.

Minsk wrote a client alert on his firm’s Web site in March that dissected the 510(k) leasing policy language in the Craftmatic Warning Letter, without identifying the company by name. In his Web posting, he observed that it is rare for an FDA district office to act unilaterally without headquarters review and input, so in his firm’s legal opinion this Warning Letter carried a policy statement “intended for the entire industry.”

Minsk told me the letter is, to his knowledge (and mine), the first time FDA has put this long-incubating policy in print for the world to see, under its own letterhead or anywhere else other than in informal emails.

Arnall Golden Gregory’s bottom line is that companies should comply with FDA’s now-public anti-leasing policy. “A company cannot bootstrap marketing its own device under another company’s 510(k),” the client alert says. “One must submit a new and separate 510(k). This is distinct from a company, such as a distributor selling another’s product under the original 510(k). In the latter case, it is not a separate device as there is only one manufactured product.”

That’s not the way former longtime CDRH compliance director and medical device attorney Larry Pilot sees it. Victor against FDA in the Utah Medical Products case and co-author of the 510(k) law, Pilot says the agency has no legs to stand on in its 510(k) anti-leasing policy.

Companies that have 510(k) clearance for a product have every right to lease or license its manufacture to another company, provided that the lessee or licensee registers and lists itself and the product with FDA and does not change the product in any way that alters its safety and effectiveness. Short of that, Pilot says, 510(k) holders can do whatever they want with their CDRH-cleared products.

Initially, in these early months of the 510(k) anti-leasing policy furtively becoming public, the issue boils down to a choice between whether a company wants to stay on the good side of CDRH and the broader agency beyond, or to pursue a business strategy that means resisting the extra-legal FDA mission creep that’s inherent in the Craftmatic Warning Letter.

Depending on the device and its market environment, 510(k) leasing or licensing could be a revenue-enhancing option for the original 510(k) holder and provided no change in the device’s safety and effectiveness occurs and FDA is fully informed as Pilot advises, the agency should not interfere.

That’s not to say that it won’t, however.

Nevertheless, CDRH’s track record on flexing regulatory muscles it doesn’t have contains enough defeats and backdowns to encourage a challenge.