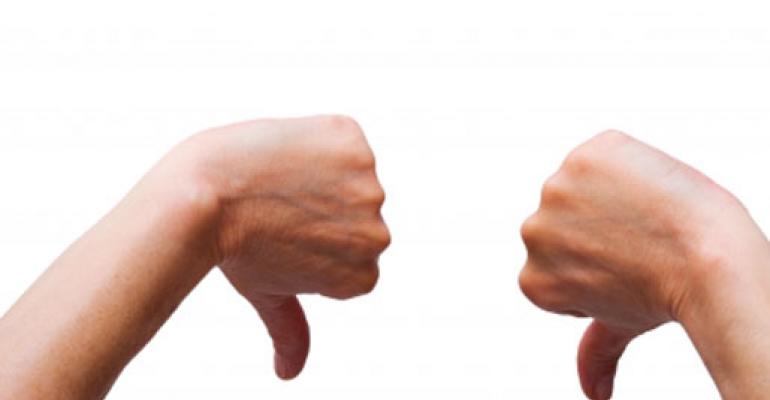 A number of medical devices have come under fire this year, but FDA doesn&#39;t have "imminent hazard" authority to take a device off the market. Even if FDA did have such authority, would it put it to use?

A number of medical devices have come under fire this year, but FDA doesn't have "imminent hazard" authority to take a device off the market. Even if FDA did have such authority, would it put it to use?

Unlike its much-earlier (1938) mandate from Congress to manage drug safety, FDA’s 1976 mandate to manage medical device safety gives it no “imminent hazard” authority to summarily remove a sufficiently dangerous medical device from the market.

Perhaps that doesn’t matter much. FDA has only used that authority once—in 1977 to remove the diabetes drug phenformin from the market after it was found to have a 50% fatality rate by causing lactic acidosis.

But unlike FDA’s drug arena in recent years, its device bailiwick is increasingly hearing—although not necessarily listening to—patient-level calls for “dangerous” medical devices to be removed from the market.

Essure and morcellators were dealt with here in a previous post. In an exclusive report in September, an NBC News investigation told that Bard’s Recovery filter had been associated with 27 deaths but continued to be marketed for three years before being swapped out with a modified version.

While all of these have been stoutly defended by their manufacturers, against some of whom there’s ongoing product liability litigation, the public complaints have put FDA in an uncomfortable position as the agency simultaneously responsible for the devices’ admission to and continuation in the market, and for the protection of the public from unreasonably risky medical products.

It’s a role that makes FDA managers understandably nervous, much more so than in the past, before user-fee legislation made them dependent on direct funding from the makers of these products.

In those days, CDRH was constantly on the receiving end of public industry complaints about review backlogs, slow or no communication, burdensome new requirements, and clock restarts.

Significantly, when user fees were introduced in 2002, they were tied to FDA performance goals supervised by Congress through annual reports and by the Government Accountability Office—all with faster review times as the common objective.

This was to be achieved in part by directing user fee revenues to improved reviewer training and the hiring of more reviewers, setting a pattern for future renewals of the legislation.

All this has significantly changed the internal culture of FDA, both in its drug program which got user fees 11 years earlier, and the device program.

While both were spurred by contingent performance goals (i.e., faster approvals), the device program’s internal culture was more receptive to industry’s review performance expectations than the drug program’s had been a decade before.

After all, FDA’s institutional experience with drug user fees made for fewer “teething” troubles for device user fees and their performance goals.

Additionally, devices had—and probably still have—an aura of having less potential for catastrophic adverse consequences than drugs by virtue of being less systemic (for example, the extreme case of phenformin’s 50% fatality rate).

Given these and other, related perceptions, CDRH has been generally both more amenable to ideas from industry and readier to accommodate industry requests than has its sister Center for Drug Evaluation and Research.

This hospitality has been the focus of strident criticism from activists for those harmed by medical devices, such as Public Citizen’s Health Research Group demanding the market banishment of transvaginal mesh and the Stryker Wingspan stent, and those making similar demands against Essure, power morcellators, LASIK lasers, dental amalgam, and Medtronic Infuse bone graft.

To the activist, as well as others, FDA has become the captive of the industries which feed it user fees. It’s all about money, so patients will always lose when push comes to shove at the agency.

As embittered morcellator activist Hooman Noorchashm, who orchestrated the carpet-bombing of CDRH director Jeffrey Shuren’s inbox with thousands of emails from injured morcellator and Essure patients, fumed in an email to Shuren, his center “is not protecting the public’s health, it is protecting industry interests.”

When that conviction hits patients suffering adverse effects from device implants and treatments, it’s understandable that they would channel their frustrations onto the agency that allowed the device to enter the market and stonewalls their complaints.

Beyond saying it was “reviewing all” the emails received, FDA has refused to say publicly how—or even if—it is handling either the deluge of injured-patient emails or congressional follow-ups about them.

It is safe to say, however, that in straddling the line between its obligation to accommodate its paying “customers” in the medical device industry and its statutory duty to protect and promote public health, CDRH managers are increasingly nervous about the unrest in social media about its management of high-risk devices—and especially the eight above-mentioned “dangerous” devices.

This is a new role for FDA, and one for which it is ill equipped.

Until now, the agency’s risk-management communications have been two-dimensional: interactions with companies and health care providers to gather and evaluate information about risk, and one-way public health advisories issued to inform and warn.

Now comes a social media-driven third dimension that is focused on direct public accountability to injured patients: Why did you do this? For shame—you should resign!

Pennsylvania Republican congressman Mike Fitzpatrick has introduced a one-page bill directing FDA to ban Essure. In our chronically broken government, it is destined to go nowhere.

But it is yet another symptom of the approaching tsunami of public frustration with Washington that many believe will be expressed in the 2016 elections.

If FDA had an “imminent hazard” authority for device-removal like it has for drugs, would it use it for Essure or any of the other seven targeted devices?