The Faster FDA Gets, the More Data it Needs 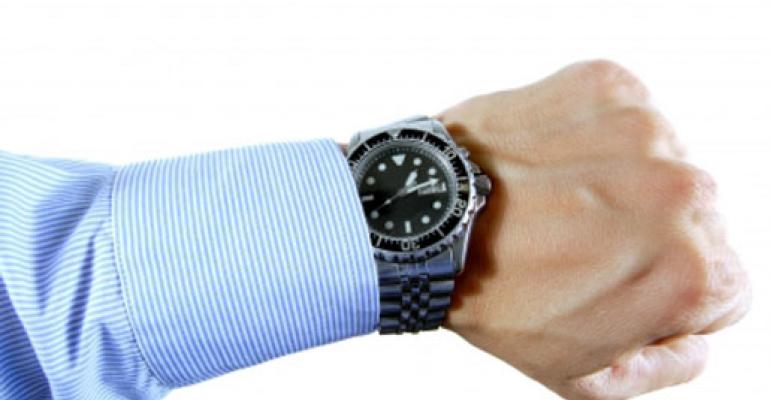 FDA device reviews may be getting faster, but patient activists worry that speed comes at a cost.

FDA device reviews may be getting faster, but patient activists worry that speed comes at a cost.

Although FDA boasts that its device-review performance has gotten a lot faster in the past five years, the clamor for it to get even faster and easier on product sponsors keeps rising, raising a flurry of precautionary concerns among patient activists.

One such, the Pew Charitable Trusts, was moved in August to intervene in the FDA statute-mandated public outreach process for reauthorizing medical device user fees for the 2018-22 season, pointing out that that the agency’s own Expedited Access Premarket Approval (EAP) program has the same goal as the breakthrough devices provision of the 21st Century Cures Act: more speed.

Both measures, Pew wrote FDA in a seven-page letter, would achieve this by shifting data collection from the premarket setting to the postmarket setting, thereby accelerating the delivery of innovative devices into clinical care.

Pew wasn’t overtly critical of the speed objective, but did note from FDA data that the premarket approval rate has increased from 59% in 2010 to 86% in 2014.

Notice the order of ranking in that excerpt from the letter: manufacturers first, FDA second, patients third. Whether intentional or not, this reflects the current Washington policy reality, and is part of what’s been driving the political popularity of non-establishment presidential contenders Donald Trump, Ben Carson, and Bernie Sanders.

Subliminally, this syndrome has arguably permeated the thinking of the people in CDRH, as seen in a recent report extolling their success in speeding up product reviews. Total time to complete a typical 510(k) review dropped 13% from 132 days in FY 2010 to about 115 days in 2014, while they project a 36% improvement in PMAs.

While the report does list patients first and industry third when it reports FDA survey measures of “customer satisfaction” with this performance, that’s probably “politically correct” speech if you consider this language in the report: “As this FDA center has made improvements to its program, customer satisfaction has improved. In fact, its 2015 survey results show an overall 88 percent customer satisfaction rating, with the rating for the premarket program even higher at 93 percent.”

It’s hard to imagine that patients responding to FDA’s survey know enough about the CDRH premarket program to express satisfaction with it—thus the “customers” that FDA is really measuring here are most likely manufacturers, with a smattering of practitioners.

A skeptic might wonder how manufacturers who are so pleased with FDA’s medical device program improvements could simultaneously be pushing for more speed through support of the 21st Century Cures Act and failing so miserably to complete their postmarket clinical studies, as reported in the Journal of the American Medical Association in August.

In this, Yale University researchers said their review of all PMA clinical studies of high-risk devices posted on ClinicalTrials.gov in 2010-11 and publicly available FDA documents as of October 2014 showed that only 13% of initiated postmarket studies were completed between three and five years after FDA approval.

“The ‘right number’ and ‘appropriate’ design of premarket and postmarket studies for high-risk therapeutic devices should vary based on expected benefit and risk, therapeutic alternatives, and anticipated challenges of real-world use, including physician learning curves and facility expertise,” the researchers wrote.

In an oblique reference to the pending 21st Century Cures Act, their paper says that while conducting numerous large studies with long periods of follow-up may not be a feasible or efficient use of resources, pending legislative efforts “will only further reduce premarket evidence requirements for medical devices in order to expedite patient access to new technologies.”

It also says that although FDA has begun developing postmarket safety surveillance methods, used primarily for pharmaceuticals and biologics, which leverage routinely collected electronic health information through a distributed data model under its mini-Sentinel initiative, the validity of those methods remains uncertain and the approach cannot be used for surveillance of medical devices until there is widespread adoption of unique device identifiers.

In the previously mentioned FDA report on device program improvements leading to faster product reviews, the agency said that on its “own initiative” it is implementing the following “programmatic improvements and policy changes”:

• A new clinical trials program, "dramatically improving [FDA’s] performance in reviewing clinical investigations of devices and building on the device program's longstanding interest in encouraging the use of innovative methodologies and study designs, such as the use of adaptive trial designs, where appropriate. This program has shown early success by encouraging companies to initiate early feasibility studies of devices in the United States, a development that can be expected to result in earlier access to those devices for patients.

• "Recalibrating the benefit-risk framework used in premarket review of devices and developing several new policies to include patient preferences in evaluating the risks and benefits of a device and speed access to devices with important benefits for patients who have few options.

• "Co-founding a public-private partnership and implementing new policies to promote the development and qualification of regulatory science tools and real world evidence for use in device development and assessment, as well as surveillance of the real world performance of medical devices.

In other words, instead of clogging the system with too much data that FDA lacks the manpower to analyze (a frequent criticism in the past of CDRH’s medical device reporting program), Pew and others—including FDA—now see shifting the collection and evaluation of ever-more data to the postmarket phase as a way to speed entry to market.

Barely mentioned in these speed-friendly reports was the question of timely remedies should any of the postmarket data present a nasty safety/effectiveness surprise that could otherwise have been dealt with in the delay-making premarket phase.