Elizabeth Holmes Is Doing All She Can to Avoid Prison 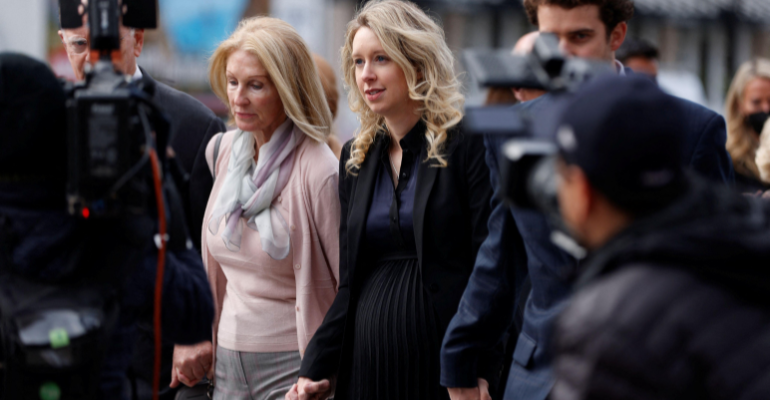 Theranos founder Elizabeth Holmes, pregnant with her second child, is appealing her conviction and prison sentence as sentencing looms for her former partner, Ramesh "Sunny" Balwani.

Elizabeth Holmes appears to be doing everything she legally can to avoid serving her prison sentence for the Theranos fraud. Meanwhile, Ramesh "Sunny" Balwani, former chief operating officer at the failed blood-testing company and Holmes' ex-lover, is expected to be sentenced Wednesday.

A unanimous jury convicted Holmes on Jan. 3 on four counts of investor fraud and conspiracy. In November, U.S. District Judge Edward Davila sentenced her to 11.25 years in prison (the low end of the sentencing guide range of 11.25 years to 14 years) plus three years of supervised release. The judge set a surrender date for April 27.

Balwani, 57, was convicted in July of 10 counts of wire fraud and two counts of conspiracy for defrauding Theranos investors and patients. Prosecutors are seeking a 15-year prison sentence for him, the same sentence they sought for Holmes. The photo below shows Balwani as he arrives at the federal courthouse in San Jose, CA during jury deliberations at his fraud trial on June 28. 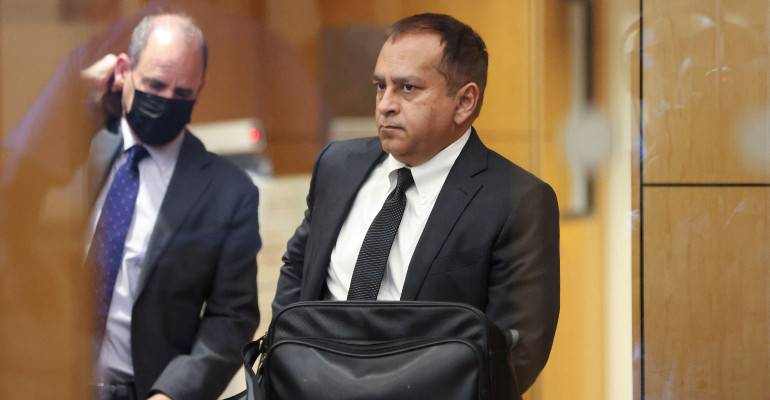 Now, Holmes, 38, is asking to stay out of prison pending an appeal of her conviction and sentence. In the request, filed Monday night, Holmes confirmed that she is pregnant with her second child. Although many reporters and spectators previously noted that Holmes appeared to be about seven months pregnant at her sentencing, this is the first that she has publicly acknowledged it in legal filings.

The request argues that Holmes is not a flight risk, given that she did not flee in the aftermath of her conviction or sentencing, and that ties to her partner and family, "including her son and soon-to-be-born child," incentivize her to comply with her conditions of release.

Attorneys for Elizabeth Holmes did not disclose what grounds they plan to cite in her appeal, but she has until March 3 to file briefs and trial transcripts backing her request. Legal experts have reportedly said the chances of winning her appeal are low, but that the process could take years. She is asking to remain free on bail while the appeal is decided.

In the courtroom sketch below, Holmes makes her statement to the judge during her sentencing. She reportedly cried as she spoke to the judge. 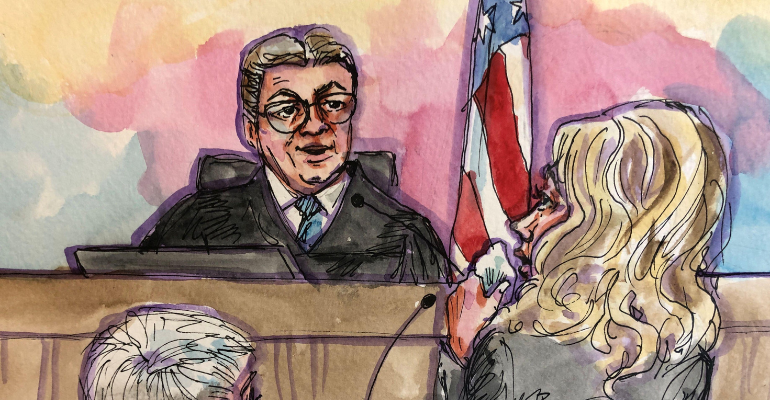