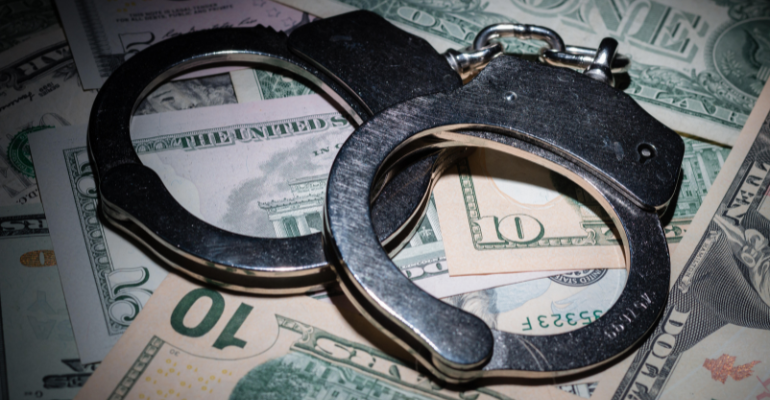 This week's Trivia Tuesday question: Which medtech company's CEO was sentenced to 20 years in federal prison for a securities fraud scheme that cost investors $756 million?

Medtech has a long history of white collar crime.

ArthroCare CEO Michael Baker was sentenced to 20 years in federal prison in 2014 for a securities fraud scheme that cost investors three-quarters of a billion dollars. His colleague Michael Gluk, who was the company's chief financial officer, got a 10-year sentence for his role in the scheme, which prosecutors say artificially pumped up sales and revenue numbers for the surgical devices maker between 2005 and 2009. The company also had to pay $30 million to settle charges with the U.S. Department of Justice.

Prosecutors said the scheme orchestrated by Baker, Gluk and other top executives involved ArthroCare "parking" medical device products at its distributors near the end of each quarter so that it could falsely pump up its sales numbers. ArthroCare's distributors agreed to accept the shipments of millions of dollars of excess inventory in exchange for lucrative concessions including upfront cash commissions, extended payment terms, and the ability to return products. In the case of ArthroCare'slargest distributor, DiscoCare, an acquisition was even agreed on so that the distributor would not have to pay ArthroCare for the products at all.

Baker and Gluk also were ordered to forfeit more than $22 million, the amount they allegedly made off the scheme.

ArthroCare's stock price fell from $40.03 to $23.21 per share on July 21, 2008, when the company announced it would be restating financial results going back to the third quarter of 2006. The stock took another plunge, from $16.23 to $5.92 per share, on Dec. 19, 2008, after ArthroCare announced more accounting errors and possible irregularities related to the fraud.

Check back next week for a new Trivia Tuesday question on our home page, and test your knowledge about the medical device and diagnostics industry!