ConforMIS' CEO Believes Robotics Is Not the Answer in Orthopedics 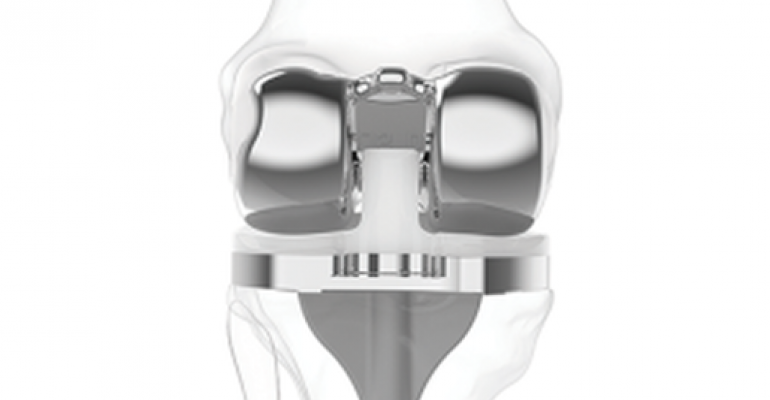 Dr. Phillipp Lang, who will leave ConforMIS as CEO when a replacement is named, believes robotics in total knee replacements is a marketing gimmick.

Dr. Phillipp Lang, who will leave ConforMIS as CEO when a replacement is named, believes robotics in total knee replacements is a marketing gimmick.

Many believe that robot-assisted surgery will transform how surgery is done and it will be a boon for both patients and surgeons.

One person who begs to differ is Philipp Lang, CEO of orthopedics company ConforMIS. The Massachusetts public company makes customized knees for people who are looking to get their knees replaced. ConforMIS uses the patient's MRI or CT scans to create an implant that is for that patient alone fulfilling the company's "One Patient One Implant" tagline.

That makes the company different from other orthopedic companies, large and small, that uses off-the-shelf implants of various sizes that surgeons can choose from when performing a total knee replacement. Even in robot-assisted surgery, where much of the variation is eliminated from standard total knee arthroplasty, the implants used are not custom.

Robotic surgery in orthopedics is a "marketing gimmick" charged Lang, in an interview with MD+DI in early March at the annual meeting of the American Academy of Orthopaedic Surgeons in Orlando where Stryker was showing off its Mako surgical robot. Lang added that the robot is merely an instrument that alters the surgical technique, but in terms of outcomes nothing can compare to the fit and function of a knee that is created based on an individual's anatomy. [Since the interview, Lang has announced that he will resign as CEO but stay on until a successor is named. He he will remain on ConforMIS' board.]

Lang also believes that the iTotal family of knees from ConforMIS is especially suited for a bundled payment environent that many hospitals in the U.S. are subject to. In these hospitals, Medicare will pay a fixed amount for a knee replacement for a period extending 72 hours before surgery all the way to 90 days following the procedure. Experts believe that many hospitals will look to dramatically cut costs in how they care for patients in the post-acute care - or the period right after surgery.

"Patients with ConforMIS implants are 2.5 times less likely to have an adverse event within 90 days," he declared adding that these patients are also far less likely to be sent into a surgical nursing facility following the procedure compared with patients using off-the-shelf implants.

Studies have also shown that patients have report high satisfaction rates with their knee replacements when given custom knees. A surgeon, who is a paid consultant of ConforMIS, said he prefers the ConforMIS system because the company's procedure results in happier patients who complain less of pain and imbalance. Dr. Robert Tait, a Nevada surgeon, described himself as being a  "frustrated surgeon" unable to help patients dissatisfied with their knee replacements until he discovered the ConforMIS implant which has made him enjoy his practice again.

Also from an operational perspective, it has been a big help. Tait performs eight surgeries on the day he does surgeries and on traditional systems it takes two hours to re-sterilize all the instrument trays used. He didn't want to wait for trays to be sterilized so when Tait used Biomet knees in the past, he had the company bring four sets of instrument trays per surgery -- 24 trays in all -- in order for him to be able to get through all his patients needing surgeries.

"When I do ConforMIS they have two trays," per surgery, he said, nothing that everything else is disposable.

ConforMIS has recently launched its iTotal PS (posterior stabilized) knee implant that executives hope will give the company a big boost since it triples the market that the company previously addressed from about 28% to 83%.

"We anticipate that iTotal PS will be the primary growth driver for full year 2016, with meaningful growth in the back half of the year," wrote Gregory Chodaczek, an analyst with Sterne Agee, in a research note following the product's launch in early March.

That customized total knee replacement saw better-than-expected demand in the first quarter that beat the company's own forecast, Chodaczek wrote in a research note after the company reported its financial results last week.

Traditional players in the orthopedics space have responded to the increased demand for customization by developing patient specific instruments -- like Zimmer -- though they do not have custom knee implants.

It will be interesting to see what happens in 2017 when Stryker will launch it off-the-shelf Triathlon implant on its Mako robotic surgical system. Currently only one other company -- OMNI -- has a total knee approved and available on a surgical robot. FDA approved Stryker's total knee on Mako, but the company's CEO has decided to delay its launch pending two observational studies. Stryker's CEO Kevin Lobo believes that when the knee launches on the Mako robot in 2017 it will be preferred by surgeons.

"If you look at a ConforMIS knee, once your implant is done, you're done. It's over," Lobo said in an interview in early March. "You cut with the jigs in place. Frankly jigs are going to seem archaic compared to a robot that you can manipulate. [With a robot] you can make changes on the fly."