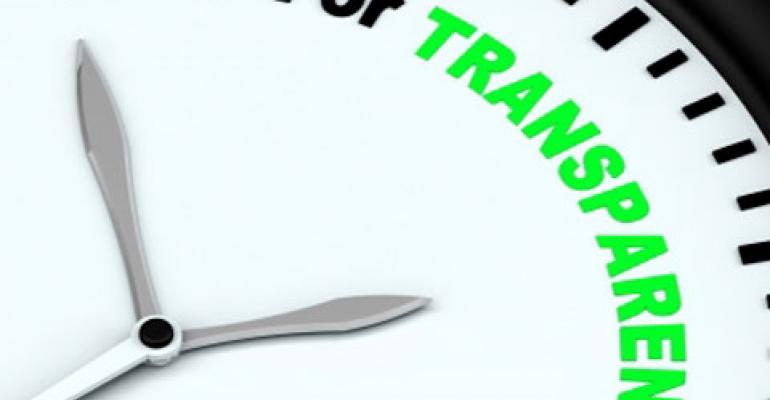 A group petitions FDA for an overhaul of the agency&#39;s approach to medical products. Will FDA be able to transform itself?

A group petitions FDA for an overhaul of the agency's approach to medical products. Will FDA be able to transform itself?

FDA is not known for anticipatory forward thinking, or for its ease in handling fast-moving technology. Yet that is precisely what an extraordinary petition from the Clinical Decision Support Coalition asks for in accommodating the new world of personalized medicine and its enabling digital medical devices.

It may be the most challenging petition the agency has ever received. It presents what to my mind is an irrefutable--and urgent--case for FDA to wholly reinvent its approach to therapeutics.

The 11-page document, plus a 12-page appendix that's devoted to three supporting case studies, asks FDA to break its timeworn mold of taking a case-by-case approach to regulatory change and instead take a cue from the University of Illinois--"completely upending the traditional medical school curriculum [by combining] medicine and engineering into a single program, with systems thinking throughout in order to train a new breed of physician."

The coalition's petition asserts that "All of these advancements, taken together, mean that a new model is emerging for treating disease that considers treatment strategies based on systems made up of many components, not just pills in isolation."

FDA's leaders have, in an ad hoc way, talked about this concept for almost a decade, under the rubric of "personalized medicine."

The coalition seeks to jolt the agency as a whole from this relatively unfocused posture to a dramatically more dynamic and narrowly focused one.

Its petition asserts that companies involved in the fusion of pharmaceutical and digital technologies can no longer reasonably be expected to go individually to FDA, as in the past, for case-by-case discussions on the way forward.

Besides the delay this creates in decision-making at both the inquiring company and the agency, the petition says "there is never a written record produced" of such discussions. Although FDA usually makes its own informal memoranda of meeting for internal use, these are not routinely shared (produced) in written form for the company.

"Oral advice from one or even a handful of FDA employees does not mean that the advice given will remain true," the petition says, adding that this "is not a fair system. It replaces the rule of law with the rule of people. If everything is up to the agency in its discretion, there is very little practical oversight of the agency."

There can be little doubt that, institutionally, FDA likes it this way.

Since it physically and procedurally cocooned its employees away from the news media over a decade ago, the agency--like all others in the government--has become steadily more opaque, notwithstanding President Obama's election promise to make his the "most transparent government in history" (hence all the talk about the virtues of "transparency" in the current election campaign!).

It is my observation that since roving journalists and public-interest activists left the agency's hallways and cafeterias, FDA employees in general have come to like transparency even less than their managers and politicians do, although nobody openly argues against it.

Likewise, the petition's authors do not belabor the point--but neither do they shirk it.

FDA's present system of dealing with the concerns the petitioners present "can be very unfair," they write. "It does not assure that different companies asking comparable questions are receiving harmonized answers. Among other things, the answers then tend to vary depending on which individual FDA official an industry person contacts . . ."

To remedy a process that does not work, the petition says FDA should eschew its comfortable broad approach and instead "begin to develop guidance, using the good guidance processes, on very narrow specific questions based on a specific set of facts. For lack of a better name, we call this 'case study guidance.'"

This is the core of the petition, built on input from the coalitions members and other entities that have identified topics "where case study guidance is needed . . . to identify common use cases that present common issues."

This resulted, the petition says, in the development of "three scenarios that typify in a very real way the issues that all these companies are facing."

The petition goes on to formally ask FDA for "a very focused" response to each of 26 specific questions "involving three very detailed use cases in areas of tremendous importance to the industry"--multiple sclerosis treatment, relapsing MS treatment, and gastrointestinal stromal tumor.

In presenting these questions, the petition says it has already had the benefit of FDA input, and invites more in the agency's ultimate response. The 26 questions are included in the appendix detailing the three case studies.

The petition concludes with brief explanations of the coalition's expected advantages to FDA, industry, and patients from issuance of the requested case study guidance.

For FDA, it says the agency will avoid committing broad answers to an entire technological field, as well as saving "substantial financial resources by publicly disclosing its responses to case study guidance requests, because it will not have to answer the same questions over and over again."

For industry, the petition foresees faster answers to questions in an important therapeutic area (digital pharmaceutical products) that is currently being impeded by an opaque FDA regulatory process, as well as fairness in the process.

For patients, the petition says, there is the obvious advantage of access to new and innovative products in the shortest possible time as well as the introduction of transparency to a process that is a mystery to the public. "It is all behind closed doors and under the veil of secrecy," as the petition terms it.

But for an agency that has luxuriated for so long in its introspective freedom from transparency to the outside world, the coalition's multiple arguments may be tough to embrace--something the petition seems to anticipate.

It acknowledges that "creating guidance in this space is a difficult task for FDA. For starters, it is hard to anticipate which direction the technology will go within the general area of software used in tandem with pharmaceutical products . . . Guidance that FDA issues could have unintended consequences if it is applied to scenarios that FDA has not previously thought about, because they did not exist . . . Moreover, to put it simply, this is hard stuff. If it was not difficult, and if it did not require judgment, industry would be able to figure out the rules based simply on the statutes and regulations. But alas, there are many different issues raised by these scenarios."

Too tough for an antiquated FDA?