A Bag of Goodies for Industry and FDA 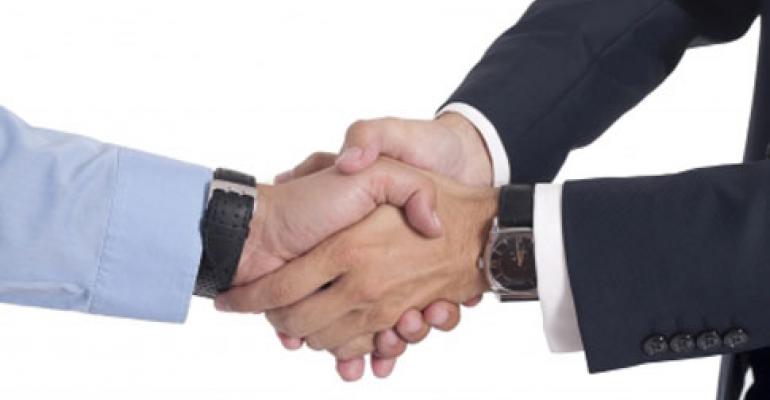 We in the media have long been accustomed to labeling what goes on in Washington as “dysfunctional government,” but as spring yields to summer what we’re seeing in the machinations of the 21st Century Cures Act could demonstrate the opposite.

This sprawling, 302-page (at latest count) bipartisan draft legislation is gathering a head of steam that aims to not only put more commerce-derived money in the medical device industry’s pockets by bringing new efficiencies to FDA but also to potentially put—as rarely happens—more taxpayer dollars in FDA’s pockets to pay for new functions.

This couldn’t happen without a coming together of affected constituencies—interested patient communities and healthcare professionals, marketers of healthcare products and services, and FDA itself. The latest version of the bill, completed on May 13 in the Health Subcommittee of the House Energy and Commerce Committee, shows all the signs of this.

While at time of this writing there was still plenty of scope for derailment, the bill and its underlying process “has been a primary focus for virtually every health group in Washington,” as Alliance for a Stronger FDA deputy executive director and co-founder Steven Grossman wrote in a Web posting.

In its eight years of strenuous outreach and lobbying, this broadly based and nonpartisan organization has seen an almost doubling of FDA congressional appropriations, from $1.569 billion in FY 2007 to $2.5 billion in FY 2013, about half of the $4.420 billion the agency gets from user fees. While the Alliance might not deserve all the credit for this, it surely deserves the lion’s share.

If it hews fairly close to its subcommittee-passed content, the 21st Century Cures Act would, after presidential signature, represent a big bag of goodies for the medical device industry which, you’ll remember, was roundly whacked in the Affordable Care Act with a 2.3% excise tax.

Among its multiple provisions is broad relief from many of the frustrating, process-delaying and cost-proliferating regulatory demands the industry has been complaining about for years, from unnecessary clinical study data requirements, easier “valid scientific data” definitions, advisory committee process reforms, improving training of CDRH personnel on “least burdensome” process, doubling the humanitarian device exemption eligibility definition from conditions that affect fewer than 4,000 people to 8,000 . . . and on and on. It includes reforms large and small and too numerous to detail here.

Of special interest is the bill’s establishment of a priority review process at CDRH for “breakthrough” devices, defined as those:

The bill would leave all this to FDA’s discretion, but it curbs the agency’s tendency to be stringent in defining “valid scientific evidence.”

For instance, Sec. 2222 says this term “may” (not “must” or “should”) include “(I) evidence described in well-documented case histories, including registry data, that are collected and monitored under an acceptable protocol; (II) studies published in peer-reviewed journals; and (III) data collected in countries other than the United States so long as such data otherwise meets the criteria specified in this subparagraph.”

FDA would be free to ask for data underlying published studies, but the bill says it may only do so in compliance with least burdensome statutory requirements, and the agency must provide a written rationale for its request.

If the requested underlying data are unavailable, the bill says FDA “shall consider such study to be part of the totality of the evidence with respect to the device, as [FDA] determines appropriate.”

FDA’s compliance with the 1997 FDA Modernization Act’s “least burdensome” provision has long been a sore point between industry and the agency.

The 21st Century Cures Act would resolve this through better training of CDRH employees, the issuance within 12 months of a draft guidance updating the agency’s 12-year-old guidance on the subject followed by an ombudsman audit within 18 months of a final guidance’s publication, and other measures.

It would also expedite CDRH consideration of standards for devices, giving the agency no more than 60 days to accept all, part, or none of a submitted, nationally or internationally “recognized” standard and do so in writing stating its rationale along with the scientific, technical, regulatory “or other basis for such determination.” This must be “publicly available, in such manner as the [agency] determines appropriate.”

The bill would reinforce this by requiring CDRH employees who review premarket submissions to receive “periodic training on the concept and use of recognized standards . . . including standards relevant to an employee’s area of device review.”

Again, this provision answers a long-simmering industry complaint about the competence of CDRH reviewers.

To its credit, CDRH has already mounted significant efforts to improve employee training, including extramural programs with industry.

However, with industry’s ever-expanding technological advances there have been acknowledged gaps and lags that only more money will solve—if concerns about potential conflicts of influence, coziness, and loss of CDRH employees to industry can be adequately dealt with. That’s a tall order.

Among its ambitious agenda of FDA reforms, the 21st Century Cures Act tackles the fractious issue of health software by carving out the much-argued nonclinical from software that is reasonably regulated by the agency.

The former are defined as software “that does not, through use of an in vitro diagnostic device or signal acquisition system, acquire, process, or analyze an image or physiological signal, is not an accessory, is not an integral part of a device necessary to support the use of the device, and” is intended for administrative, operational support, or financial recordkeeping and other uses that do not include patient-specific recommended options to consider in preventing, diagnosing, treating, curing, or mitigating any particular disease or condition.

The definition also specifically allows unregulated health software to, among other things, organize and present “information for health or wellness education or for use in maintaining a healthy lifestyle, including medication adherence and health management tools.”

While declaring all its enumerated permitted applications for health software to be off-limits to FDA, the bill nevertheless includes catch-all exceptions—if the software somehow seems likely to cause patient harm or seems intended to support the clinical judgment of healthcare professionals, then FDA may intervene.

At time of writing, there is no way of telling how much of the 21st Century Cures Act will survive the rest of the legislative process, or how much will be added to it.

Significantly, there is no overhaul of the much-criticized 510(k) process dealt with in my previous postings, and it seems unlikely in the current industry-friendly climate on Capitol Hill, absent some industry constituency for such an overhaul.

Since Citizens United, this Congress, more than others before it, belongs to industry—even when it’s being bipartisan, as it is being so far in this bill.