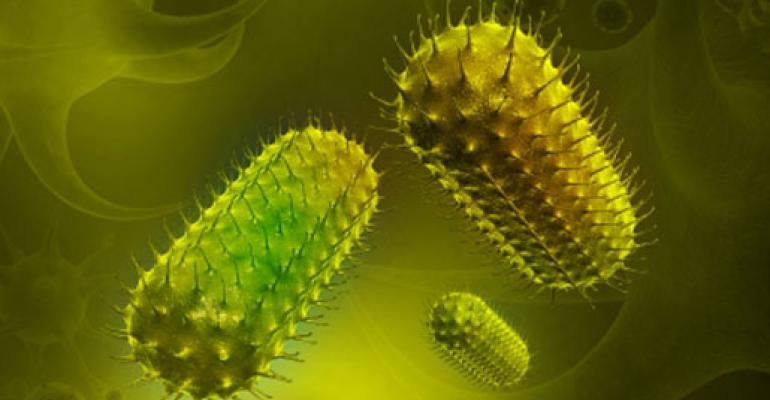 Medical device makers should be aware of how FDA decides to regulate wound dressings containing drugs, since that regulation is likely to be broadly applied to all devices containing antimicrobial agents.

Medical device makers should be aware of how FDA decides to regulate wound dressings containing drugs, since that regulation is likely to be broadly applied to all devices containing antimicrobial agents.

On September 20-21, 2016, FDA convened an advisory panel to seek recommendations about the regulatory classification for wound dressings containing drugs. These devices are widely used to treat medical conditions ranging from minor cuts and burns, to diabetic foot ulcers and historically have been cleared by FDA through the 510(k) process. While this is not the first time FDA has looked to experts to help evaluate the classification of wound dressings containing drugs, this panel meeting was prompted in part by evolutions in technology, the breadth of cleared indications for use, the extensive list of ingredients (many with known or potential chemical activity), and the public health implications associated with antimicrobial resistance (as evidenced by FDA's recent ban of 19 antibacterial agents in soaps).

The panel's main focus was on dressings containing antimicrobial drugs, but certain single entity dressings containing materials that are not antimicrobial drugs or preservatives, but that act solely within the dressing to enhance its barrier properties, were also discussed. The panel discussion was largely consistent with FDA's historical regulatory approach for devices containing drugs, but also highlighted that these products present unique regulatory challenges and public health concerns.

A critical point of discussion involved the differentiation of these products based on the purpose of the drug and how such differences could lead to different regulatory pathways. The use of antimicrobial agents that could lead to increased antimicrobial resistance or toxicity also was a focal point of the discussion and was of particular interest to the panel members. The panel believed that increased scrutiny and regulation may be necessary for some of these products to prevent or limit future increases in antimicrobial resistance.

Antimicrobial agents, which are commonly used to treat, manage, and prevent infectious diseases, come in many forms, all of which are expected to kill or inhibit the growth of microorganisms including bacteria, viruses, fungi, and parasites. Antimicrobials have been added to a variety of medical devices to reduce the risk of infections, including through the prevention of microbial growth on the device itself.

FDA frequently views the addition of an antimicrobial agent to increase the risks associated with a medical device. Many Class I, 510(k)-exempt devices, including hydrogel wound dressings and mattress covers for medical purposes, for example, require 510(k) clearance when an antimicrobial agent is added. FDA generally considers the addition of these agents to change the fundamental scientific technology of the device, thus exceeding the limitations of their 510(k) exemptions.

Antimicrobial/antibiotic resistance has increasingly become a concern for government agencies and health organizations. FDA has stated that antibiotic resistance is a growing public health concern worldwide. FDA's drug and device product reviews, the recent panel meeting, and FDA's draft guidance document for medical devices that include antimicrobial agents all appear aimed at helping FDA understand whether, "the potential clinical benefit of the use of an antimicrobial agent, including its use on a medical device, [...]outweigh the associated risk."

As noted, much of the September 20-21, 2016 panel discussion confirmed FDA's current approach to regulating wound dressings that contain drugs. However, the panel noted that increased scrutiny and regulation may be necessary for certain forms of these products (particularly those including antibiotics) to prevent the continued rise of antimicrobial resistance. The panel specifically discussed the clinical use and regulatory considerations for three sub-categories of wound dressings with drugs:

When evaluating which center will have primary jurisdiction, FDA asks first whether the drug (often an ingredient with antimicrobial ?properties) is acting on the device itself or on the patient, which may be a tricky question, particularly when applied to liquid, cream, or gel wound dressings. If the agent acts only on the device or its packaging and not on the patient, the product's PMOA is considered that of a medical device, and the antimicrobial agent may be considered to enhance the performance of the device.

Assuming the product has a device PMOA, the second question FDA will ask is whether the antimicrobial has been approved or legally marketed for a drug purpose. If not, the combination may still be regulated through the device pathways, but may require premarket approval, instead of clearance, to allow for a thorough assessment of the drug's safety and effectiveness. Finally, if the device and the drug work in conjunction to achieve the therapeutic effect, FDA may consider this to be a new intended use and/or technology, for which increased regulatory controls almost certainly would apply.

Clearance of wound dressings with antimicrobials via the 510(k) process to date has been premised on the drug component being both legally available for antimicrobial use and on it being intended to prevent the growth of microorganisms on the device, rather than impacting the patient directly. But there are exceptions to this approach. For example, FDA classified wound dressings with Poly(diallyl dimethyl ammonium chloride) (pDADMAC) additive as Class II devices. This class of devices, like cleared wound dressing with antimicrobials, are intended to act as a physical barrier to outside contaminants and are not intended to act on the surface or interior of the wound. This de novo classification as a Class II device required FDA to define and publish Special Controls addressing both additive leaching and device claims. The guidance explicitly states that the device does not contain an antimicrobial agent that acts on the body, both because the pDADMAC additive does not leach onto the patient and the device manufacturer does not make any antimicrobial claims for the product. This unique class of devices, unlike the dressings with drugs the advisory panel was asked to address, are regulated as single-entity products, not combination products, although they require similar data and appear to behave in many respects the same way to achieve the same intended effects within the dressings.

After the public presentations and discussion, the panel indicated that Class II is generally appropriate for solid wound dressings containing most drugs. Some dressings with antimicrobials agents, particularly where the antimicrobial agents could lead to increased antimicrobial resistance or toxicity if improperly administered, were found to require additional attention. The panel members recommended classifying them into Class III to permit more detailed review of the antimicrobial agents in PMA submissions.

While the panel's analysis was relatively straight-forward for solid dressings, the intended use of antimicrobials added to gel, cream, and ointment dressings, as well as liquid wound washes, was considerably less clear. Antimicrobials included in these types of dressings are ostensibly intended to prevent the growth of microorganisms on the product or packaging. The same goal can be achieved by other means, such as by adding preservatives. The panel questioned whether adding drugs was necessary or of clinical value. The moderator drove this point home by asking, "Are these products a Trojan horse to deliver drugs to the patient?" Notably, neither FDA nor the other panel members appeared to share this concern, but rather remained focused on controlling the use of antibiotics and other compounds linked with antimicrobial resistance.

Although this recommendation is generally in-line with FDA's existing approach to the regulation of wound dressing containing drugs, the panel meeting raised important regulatory questions relating to the drug component in these products and on the regulatory status of the product--namely whether the drug is intended to act on the device itself and whether or not it leaches onto the patient.

Undoubtedly, under this rubric, FDA will require leachability and stability data in any 510(k) notice for such products going forward. For liquid, cream, or gel wound dressings, however, the panel deliberations were less definitive and seemed to suggest that there may be some support for considering these types of wound dressings as drug delivery systems, which would likely subject them to regulation by CDER under FDA's drug authorities.

Considering the panel's discussions and the recommendations, FDA appears to be developing a regulatory path forward for the broad category of products currently regulated as Class II wound dressings with drugs. Given the panel's comments on the purpose and the safety risk of adding certain drugs to wound dressings, we would anticipate that this process will continue to be a collaborative effort between CDRH and CDER.

Companies that currently market these products, or that are developing products in this space, should carefully consider these recent developments, the regulatory considerations raised at the panel, and the possible increased scrutiny of certain of these products as they proceed. Furthermore, medical device firms marketing other types of devices containing antimicrobial agents should anticipate that the clinical, regulatory, and public health concerns animating FDA's ultimate decision on the regulation of wound dressing containing drugs will be broadly applied to all devices containing antimicrobial agents.

Randy Prebula, JD is a partner in the Washington, DC office of Hogan Lovells LLP. His practice is focused on medical device law and pharmaceutical and biotechnology regulatory law.

Jennifer Henderson, JD, MPH, is counsel in the Washington, DC office of Hogan Lovells. Her practice is focused on medical device law.

Danielle Humphrey, JD is a senior associate in the Washington, DC office of Hogan Lovells. Her practice is focused on medical device law.

Chan Lee, MEng is director of regulatory sciences in the Washington, DC office of Hogan Lovells. Before joining Hogan Lovells, Lee was a lead regulatory reviewer for anesthesiology and respiratory devices at FDA.

Shilpa Prem, JD is an associate in the Philadelphia office of Hogan Lovells.