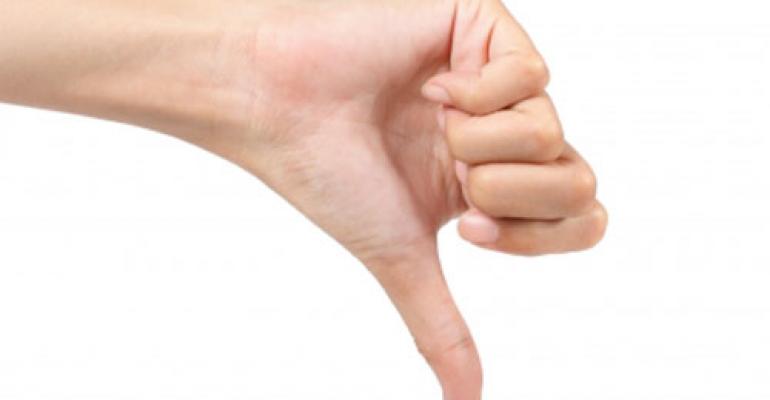 The most common pathway to market for medical devices is coming under fire from a social media campaign led by activists determined to get FDA to ban power morcellators used in hysterectomy procedures.

The most common pathway to market for medical devices is coming under fire from a social media campaign led by activists determined to get FDA to ban power morcellators used in hysterectomy procedures.

The main portal for admission of new medical devices to the market, Section 510(k) of the Food, Drug, and Cosmetic Act, is under attack again, this time from an unlikely quarter: an unconventional and social media-driven campaign led by Philadelphia cardiothoracic surgeon Hooman Noorchashm and his wife, anesthesiologist Amy Reed.

In February, the Philadelphia Inquirer published an article by Noorchashm in its Sunday health section headlined “A modern-day wolf in sheep’s clothing: FDA’s Center for Devices and Radiological Health (CDRH)”—just the latest salvo in the couple’s 18-month multimedia efforts to ban power morcellation devices used to perform hysterectomy procedures. The article opened a new front in the couple’s fight: to repeal or radically alter Section 510(k).

Their campaign began after Reed’s hysterectomy with a Karl Storz power morcellator spread cancer throughout her abdomen, joining a general one-in-350 incidence rate in power morcellation, according to FDA.

Their efforts have been remarkably successful so far, attracting congressional as well as media support and culminating last November in an uncommonly rapid FDA “immediately in effect guidance” urging manufacturer adoption of a boxed warning and two label contraindications. FDA guidances by definition are nonbinding, however.

Even this small step was swiftly denounced by the American Association of Gynecologic Laparoscopists, which has renamed itself simply AAGL, at its annual meeting in Vancouver, where it declared power morcellation “an effective, lifesaving tool in gynecologic surgery when used appropriately” that “should not be abandoned despite recent concerns about the dissemination of occult cancers.”

FDA’s modest, voluntarism-based action wasn’t enough for Noorchashm and Reed, whose campaign for an outright ban so far has attracted more than 87,000 signatures on a cyber petition to end the devices’ use in all gynecological procedures.

They also want Section 510(k) itself repealed or amended to include a proof-of-safety requirement and a rigorous postmarketing surveillance requirement.

In February, their local Congressman, Republican Mike Fitzpatrick, was preparing a bill to do just that, according to Noorchashm (at press time, Fitzpatrick’s office had not responded to my request for confirmation).

FDA’s implementation of 510(k) has plenty of deficiencies. Five years ago, there was the memorable tumult over the collagen scaffold which, after two years of controversy and corrupt CDRH review allegations, the agency was forced to admit should never have been cleared for marketing.

As in the power morcellator case, a key and recurring theme is 510(k)’s gaping loophole on what “substantially equivalent” really means. Both devices were only vaguely similar to their predicates, and predicate-creep over years and even decades without any second look at safety documentation for new-technology products is a disconnect that should be obvious.

Not if there’s market millions to be made in that disconnect, and in user-fee funds (currently $5018 per submission) to be garnered at FDA. This combination understandably brings with it a certain degree of elasticity in “substantial equivalence” determinations by a CDRH that has come to regard product sponsors as “customers.”

When further combined with industry campaign support for candidates of both parties, this fiscal interdependency arguably enabled both Congress and FDA to ignore or dismiss a recommendation in the 2011 Institute of Medicine report on 510(k) that the agency’s 510(k) program be scrapped.

In its place, the report said, should be a new regulatory framework for Class II devices that is not based on “substantial equivalence” but rather on an “integrated premarket and postmarket regulatory framework that effectively provides a reasonable assurance of safety and effectiveness throughout the device life cycle.”

The collagen scaffold and power morcellator controversies haven’t been the only storms to rock FDA’s 510(k) boat, and they likely won’t be the last. The IoM report cited safety issues with an artificial hip, surgical mesh, and medical-tubing connectors, among others.

In Noorchashm’s opinion, and that of former FDA medical device compliance director and noted device attorney Larry R. Pilot—a fierce defender of 510(k) which he helped write—a major issue is the quality of CDRH’s management, processes, and culture.

Noorchashm and other critics fault the center for “being in bed” with industry, while Pilot and others fault it for “incompetence” and failure to use the tools available to it to resolve problems.

These are legitimate issues, but they’re unlikely to be easily eliminated because they are deeply rooted in the very nature of government, across the board, in the American political system. Stakeholders have to be heeded, and the more money they have, the more they have to be heeded.

This is a dynamic that may be about to undergo radical change—something that Noorchashm and others representing injured patients are counting on.

Social media have given them potent tools they never had before. People-power is evolving as a key factor in government decisionmaking. FDA’s timid action on power morcellators came as swiftly as it did largely because of the effectiveness of Noorchashm’s skillful, even adroit multi-media efforts, especially after the Wall Street Journal promoted them. He also credits FDA associate commissioner for policy and planning Peter G. Lurie’s active cooperation.

Social media are changing everything. As mainstream media struggle to adjust, print yields to digital, and Twitter and Facebook replace the evening news, health activists representing injured patients and their families will eventually truncate FDA’s fossilized internal processes, gain seats at the table, and counter the heavy, hidden hand of the influence peddlers.

It’s coming faster than you might think. President Barack Obama’s widely reported initiative on precision medicine actually would enlist “a million or more Americans to volunteer to contribute their health data to improve health outcomes, fuel the development of new treatments, and catalyze a new era of data-based and more precise medical treatment.”

The million or more may be expected to become much more interested, if not activists, in patient care technologies and their governance.

Whether or not a Republican-controlled Congress goes along with this initiative—and there are signs that it might—FDA and industry’s old ways of doing things in Washington, DC, and at grassroots are already undergoing seismic change.

A grassroots challenge to 510(k) could be just a beginning. For those with long memories, it was a gynecological device, the Dalkon Shield IUD, and injured patient activism that fueled much of the legal and public agitation that led to the 1976 Medical Device Amendments and the enactment of Section 510(k).

The new patient-powered insurgency could be at least that effective, this time around.