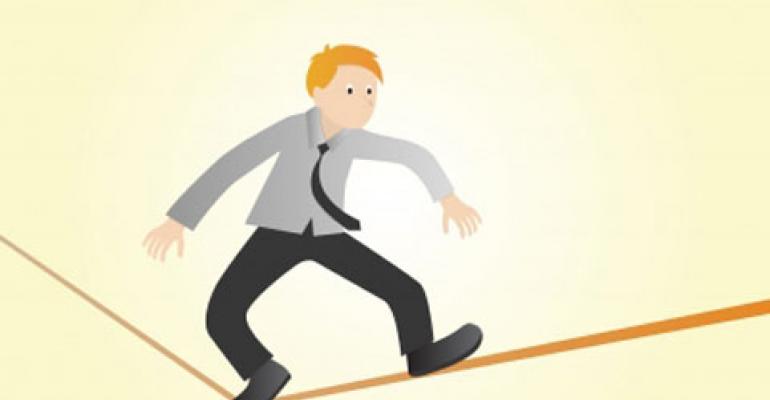 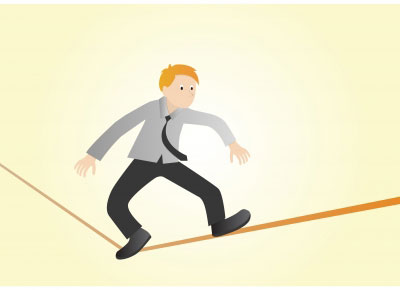 As another 510(k) safety issue emerged in July and an injured-patients’ legislative 510(k) reform effort took an unexpected hit on Capitol Hill, the prospects for significant change in the status quo seemed to be wobbling on a high-wire act.

The pivot-point is a basic question first presented by a controversial and widely ignored 2011 Institute of Medicine committee report that concluded that FDA’s 510(k) process “cannot be transformed into a premarket evaluation of safety and effectiveness as long as the standard for clearance is substantial equivalence to any previously cleared device.” It recommended scrapping the process and starting over.

The long-slumbering rationale for introducing untested, redesigned, and new devices as “substantially equivalent” to pre-1976 predicates was next most visibly raised by Pennsylvania cardiac surgeon Hooman Noorchashm whose wife, physician Amy Reed, had suffered a pelvic cancer explosion from a power morcellator used in a routine hysterectomy.

He convinced their local congressman, Republican Mike Fitzpatrick, to introduce a battery of amendments to the 21st Century Cures Act that would, among other things, impose a requirement to prove safety on 510(k) submissions to FDA.

These were swiftly killed in the House Rules Committee by fellow Republican and ex-gynecologist Michael Burgess from Texas, on the grounds that any harms coming from morcellators were due to deficiencies in the state-regulated practice of medicine, not in the federally-regulated medical device clearance for marketing process.

“In this instance, I think that it was clinical judgment that was at fault, not the FDA approval process,” Burgess said dismissively, ignoring the nationwide nature of the morcellator tragedies.

Just as this was happening, a new 510(k) safety issue was being raised for the first time in a JAMA Internal Medicine meta-analysis by five cardiologists that highlighted dire clinical consequences of off-label uses of SentreHeart’s 510(k)-cleared Lariat Suture Delivery Device.

With its associated devices it has become popular in an off-label surgical technique to prevent stroke by sealing the left atrial appendage, a pouch-like region of the left atrium of the heart, in patients with atrial fibrillation.

As the industry- and FDA-disparaged IoM committee report found, there have been numerous other, if less-dramatic, indictments of the 510(k) process and its failure to demand evidence of new device safety.

Surely, only the ideologically blinded or uninformed (or both) can fail to see that a 39-year-old statutory mechanism such as Sec. 510(k) could slowly, almost imperceptibly become fossilized to a lethal degree by the dizzying pace of technological advancement.

Echoing earlier criticisms from former FDA commissioners David Kessler and Margaret Hamburg, they also charged that the bill as passed (overwhelmingly) in the House would shift evidence collection to the postmarket period for many devices, but these postmarketing studies are often delayed for a long time or not completed.

Some might wonder how industry advocates can be so quick in one breath to tout the “next generation” technological innovativeness of the newest devices and then in the next breath claim, in the rush to market, the same products’ scientific backwardness for purposes of regulatory review under Sec. 510(k).

Safety assumptions reasonably made in 1976 have been unable to withstand the assault of scientific developments in a creaky FDA regulatory world of coerced, unwritten interpretational elasticity.

Largely hidden from public view, this world cloisters the post-submission CDRH review of 510(k)s and the sometimes fractious horse-trading that can go on behind the scenes between sponsor and reviewer. Unlike the public PMA process, 90% of 510(k) devices go to market automatically, usually without FDA announcement or explanation.

Rarely does this furtive process burst negatively into the open, as it did a few years ago when FDA admitted that it had wrongly approved ReGen Biologics’ Menaflex collagen scaffold on the basis of inadequate scientific evidence and that the device had been intended by its sponsor “to be used for different purposes and is technologically dissimilar from devices already on the market, called ‘predicate devices.’”

At the time, FDA’s October 14, 2010 news release contended that the Menaflex episode was “unique” and did not implicate any other devices—yet now there emerges the Lariat study involving a substantially equivalent issue: off-label use of a 510(k)-cleared device. In both cases the intended uses of the devices in medical practice were not studied for safety.

Neither was the power morcellator’s intended use—just as the overwhelming majority of other 510(k)-cleared devices all escape safety assessments for their intended uses as well.

Until Rep. Burgess’ intervention, Noorchashm and his large Internet network expected the incubating 21st Century Cures Act would be a vehicle to correct this.

They still hope for this and have not yet folded their tents. But a change of direction will be needed, since the realities of politics on Capitol Hill make it unlikely that Burgess will change his mind, or that Fitzpatrick will keep plugging away at what now must seem a lost cause.

A slender chance exists on the Senate side, where Health and Education Subcommittee chairman Lamar Alexander (R-TN) has said he hopes to get a measure similar to the House’s 21st Century Cures Act through his panel before the end of the year.

However, any such multi-faceted legislative initiative has multiple pitfalls to navigate. In this case, increased funding for the National Institutes of Health is a contentious issue in the Senate that could delay or even defeat 510(k) reformers again.

So as the political season heats up for the coming elections, the prospects for 510(k) reform on the safety front look increasingly like a high-wire act, notwithstanding continuing action by the injured patient community.

Congress, after all, responds first to interests with deep pockets for campaign funding—unless public uproar in a particular district or state puts re-election at stake. Those deep pockets are not the constituencies clamoring for 510(k) reform.