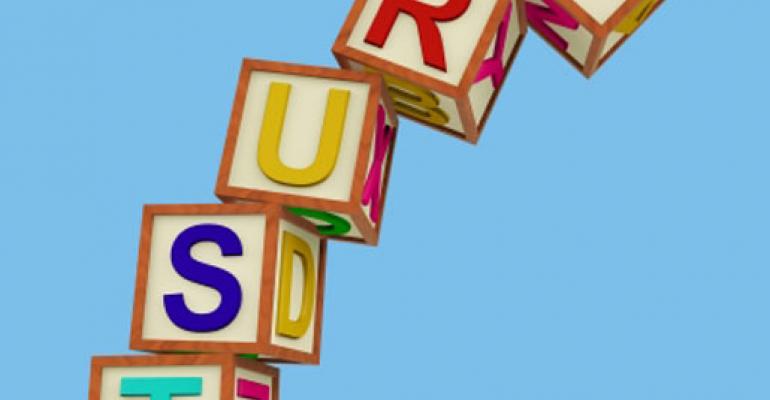 What is behind the public&#39;s wariness of the 21st Century Cures Act?

What is behind the public's wariness of the 21st Century Cures Act?

As many in industry look forward hopefully to the enactment of the bipartisan 21st Century Cures Act with its promise of faster, easier FDA healthcare product approvals and clearances, a new public opinion poll from Harvard T.H. Chan School of Public Health and Stat finds a majority of Americans distrust it.

The legislation passed the House comfortably over a year ago, and the Senate's Health, Education, Labor and Pensions Committee passed five separate bills in April that constitute its version of 21st Century Cures. A Senate floor vote had not been scheduled as I write this.

The Harvard public opinion poll, which took place by telephone in April among 1,006 nationally representative adults, prepared respondents for questioning by explaining that the legislation would change government standards to make new medical devices available faster, even if this meant later recalling products for harmful side effects.

Fifty per cent opposed changing government standards, while 45% favored this. Men (54%) were more likely than women (36%) to want to speed up the process, as were Republicans (58%) over Democrats (38%).

Wider differences of opinion were recorded among half the total sample who were questioned about the 21st Century Cures Act's provisions for prescription drugs than among the other half who were asked about its device provisions.

During a raucous political campaign season characterized by an unusually strong anti-Washington sentiment among voters on both the left and the right, as well as independents, this Harvard poll should give proponents of the 21st Century Cures Act pause.

It comes at a time when public esteem for federal regulators at FDA who would carry out the bill's provisions is at an historic low, as shown in a 2014 JAMA study that found that 37% of 1,351 people surveyed on line agreed that the agency was "intentionally suppressing natural cures for cancer because of drug company pressure."

This is in line with a 2006 Wall Street Journal/Harris Interactive poll that found only 36% of Americans surveyed had a favorable opinion of FDA.

Contrast this with a 1990 Roper Poll that gave FDA a 74% favorable rating, placing it fourth in most-esteemed federal agencies, below the National Park Service, the FBI, and NASA.

The fall since then tracks declining public trust in the federal government as a whole, from a high of 73% who said in 1958 they could trust the government just about always or most of the time to do what is right, down to only 19% who said that in 2015, as reported by Pew Research Center.

So what happened at FDA, once the fourth most highly esteemed federal agency?

Public opinion is undeniably shaped, informed and often manipulated through the news media, and increasingly social media, both of which may be influenced by health product advertising and other forms of promotions such as public relations.

Media access to FDA has been sharply reduced since the 1990s, when two unrelated events impacted how and what the public knows about FDA--the gradual introduction of user fees, beginning with prescription drugs in 1993, and the Oklahoma City bombing in 1996 that led to the physical sealing of all federal buildings, which was greatly expanded in response to the September 11, 2001 attacks.

As user fees spread to all FDA-regulated healthcare products, public suspicion and distrust of the agency spread with them--just as FDA leaders of the time had feared. The fox (industry) was perceived to be guarding the chicken house (FDA).

And as physical, and then digital security, barriers to public access to FDA buildings and employees increasingly kept news media out of touch except for FDA management-approved occasions, public information about the agency's work became increasingly one-way, enabling FDA to have what it had never had before: control of its message and the information it held.

Increasingly, FDA made up the deficit in public information through postings on its creaky, government-speed Web site where it controlled what the public could know about its decisions and the way it arrived at them.

Increasingly, what the public knows about how FDA and other federal agencies work will be limited to what the agency itself admits and what courts and Congress force it to admit--and not what the First Amendment free press discovers through confidential sources.

When journalists do ask questions, lacking previous access to known experts inside FDA, they are forced instead to go through the agency's Office of Media Affairs, where their questions are vetted and carefully controlled answers are crafted to suit unnamed FDA managers.

This process has all but eliminated what journalists love most about their work--"the human touch" and the "exclusive." In their place comes the stiff, anonymous, minimally informative, and carefully worded FDA statement--if the questions are answered at all.

An inevitable consequence of this has been the rise of misinformation, especially in social media, and public distrust and even anger directed at FDA and the companies whose products it reviews and regulates.

Public interest in FDA and its relationships with user-fee paying health product manufacturers has been stirred as never before, and can only increase, likely to be aggravated by congressional efforts to please industry in legislation like the sweetly named 21st Century Cures Act.

As Harvard's opinion poll suggests, public reaction might be a bit bumpy, especially in an unusually fevered anti-Washington election year.