2015 Medtech Approvals Highest in a Decade 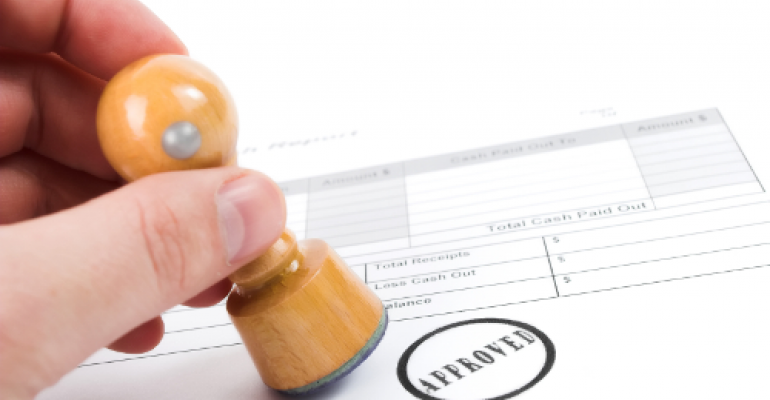 FDA approved the most device approvals for first-time PMAs and HDEs in 2015 in ten years, signaling good news for the industry as a whole.

FDA approved the most device approvals for first-time PMAs and HDEs in 2015 in ten years, signaling good news for the industry as a whole.

A new report should be sweet music to the medtech industry.

2015 was the year when FDA approved the most novel devices through its premarket approval pathway in a decade.

That's right - the most in the last 10 years. In 2015, the agency granted a total of 51 first-time PMAs and humanitarian device exemptions, according to Evaluate Medtech and EP Vantage, the publishing arm of Evaluate, a market intelligence firm. The approvals place 2015 well above 2014 when only 33 first-time PMAs and HDEs were granted.

Here's a table that how novel device approvals have fared in the last decade: 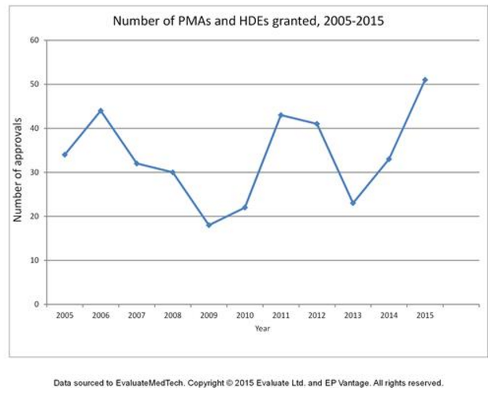 The report finds that while record number of PMAs and HDEs were granted in 2015 compared to the preceding nine years, the approval times have not yet benefited from FDA's expedited access pathway that went into effect in April. For instance, for cardiology approvals, the average approval time has reduced from 17.1 months in 2013 to 12.9 months in 2014 but ticked up slightly to 13.9 months last year, based on the devices whose approval times were made available.

In terms of therapy area, cardiology came out on top with FDA granting the most approvals in this category — 15 — out of all devices in 2015. Here is a breakdown of the approvals by therapy area. 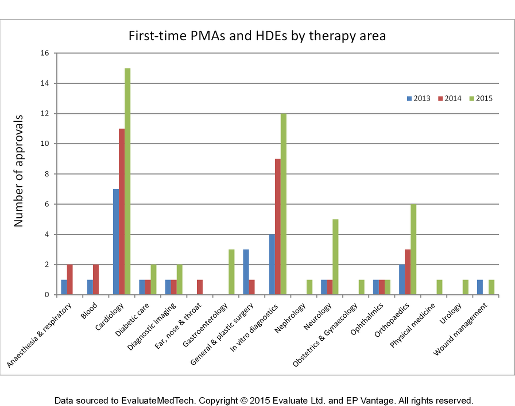 For several years now, and certainly after the Great Recession, investors have fled the device sector pointing to long regulatory cycles. If FDA keeps up the pace of device approvals, while also improving approval times, that would be a relief for small companies looking to raise capital for the next big idea.