'There Is No Avoiding the Scorn That Is Elizabeth Holmes' 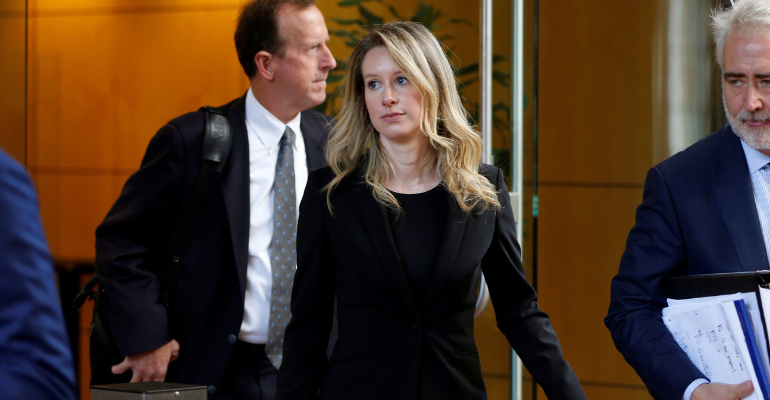 Elizabeth Holmes' attorneys have asked the judge to go easy on her, arguing that she has suffered enough.

If U.S. District Judge Edward Davila sides with Elizabeth Holmes, the convicted founder of Theranos will get no more than an 18-month prison sentence, or even just home confinement and community service. If the judge sides with federal prosecutors, Holmes will be sentenced to 15 years in prison.

A unanimous jury convicted Holmes on Jan. 3 on four counts of investor fraud and conspiracy. She is currently expected to face sentencing Nov. 18. Last week, Holmes' final request for a new trial was denied.

In an 82-page sentencing memo supported by 130 letters written by people claiming to know "the real Elizabeth Holmes," her attorneys attempt to convince the judge that Holmes has become a "caricature to be mocked and vilified" by people who do not know her but think they know about her case due to "the unusually intense" media coverage of it.

"And regardless of the sentence the court imposes, for the rest of her life, she and her family will be punished," the attorneys write. "As her partner knows all too well, 'there is no avoiding the scorn that accompanies Elizabeth Holmes'." 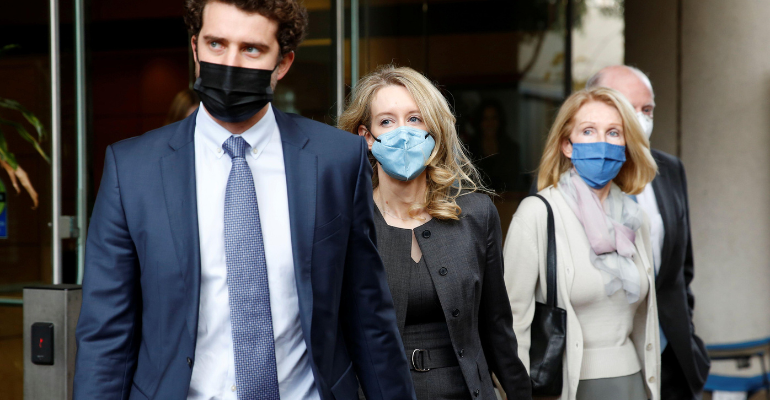 Theranos founder Elizabeth Holmes and her family (including her partner, Billy Evans, and her mother, Noel Holmes) leave the federal courthouse after attending her fraud trial in San Jose, California, U.S. January 3, 2022.

The letters are signed by Holmes' friends, family, Theranos investors, Theranos board members, and former employees.

"The real Elizabeth Holmes is 'a compassionate friend who is there for the people around her – to support, comfort, cheer on, solve, and connect," writes one supporter.

"The real Elizabeth Holmes is a devoted mother who 'turns ... ordinary moments into magical experiences of unbounded love and wonder' for her son," writes another. Holmes is currently pregnant with her second child.

"The real Elizabeth Holmes is 'extremely genuine, giving, and selfless, unlike anyone else I've met in Silicon Valley," writes yet another supporter.

In the sentencing memo, the defense attorneys lean heavily on Holmes' youth during the time she founded and ran Theranos. She was 19 when she founded the company and 34 when the company shut down.

"She suffered substantial trauma throughout the time period of the offense. When criticisms arose, she committed fully to identifying, acknowledging, and fixing errors," according to the defense attorneys.

Federal prosecutors, on the other hand, say Holmes deserves a lengthy prison term because her massive scheme duped investors out of hundreds of millions of dollars. They reject defense attorneys' characterization that Holmes has been unfairly victimized by media coverage, and they called the case "one of the most substantial white collar offenses Silicon Valley or any other district has seen."

Ramesh "Sunny" Balwani, former COO at Theranos and Holmes' former romantic partner, faces sentencing Nov. 15. Balwani was convicted of all 12 criminal charges against him for his role in the Theranos scandal.