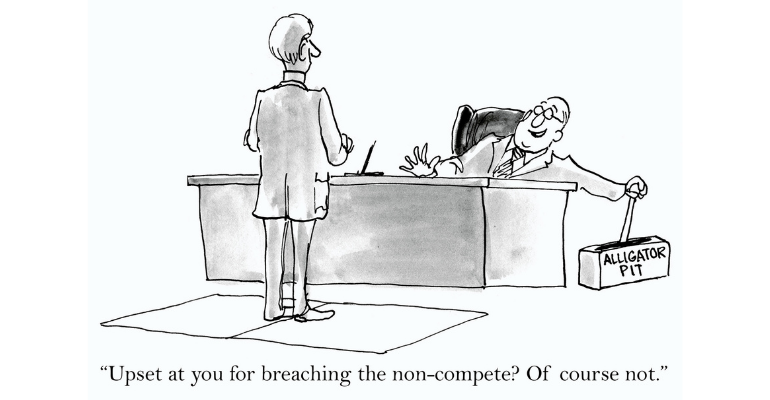 In a lawsuit filed on Friday, Globus Medical accused Medtronic and four of its San Antonio, TX-based sales reps of carrying out a long-planned conspiracy to illegally steal
Globus’s business for themselves.

The complaint claims that Medtronic devised a scheme to "lift out Globus's San Antonio sales team" for the purpose of converting Globus customers to Medtronic and harming Globus.

"In this way, not only would Medtronic's market position improve, but Globus's would worsen – to Medtronic's benefit," Globus alleges.

According to the lawsuit, Medtronic and one of its employees – a regional sales manager for its brain and spine therapies business who joined the company from the Globus San Antonio territory less than a year ago – along with three other sales reps who were still working for Globus at the time but have since joined Medtronic devised and carried out a scheme to steal Globus customers and employees for Medtronic. The complaint also accuses one employee in particular of engaging in other schemes during his employment with Globus to redirect business to other competitors so that he could further profit at the company's expense.

"The company believes its conduct has been proper and will defend itself vigorously against these claims," a Medtronic spokesperson said in a statement emailed to MD+DI. "Medtronic remains committed to fair competition and employment practices that comply with the law and enable the company to attract and retain a best-in-class, highly talented and innovative workforce dedicated to improving lives through medical technology."

Globus said at least five surgeons whose business was worth more than $2.5 million for Globus in 2021 have cut off contact with the company. Globus is seeking to recover more than $1.3 million, citing payback provisions in one of the former sales manager's contracts. The company also wants the court to enforce the contracts and order payment of other unqualified damages from the employees and Medtronic, including earnings, profits, and benefits received as a result of the alleged scheme.

Like most companies in competitive industries, Globus says it requires all members of its sales force to sign a non-competing non disclosure agreement intended to prohibit sales employees from soliciting fellow co-workers, and from working for a competing company in a competitive position and soliciting, supporting, or servicing Globus customers within a specific territory for a limited period of time after their employment with Globus ends.