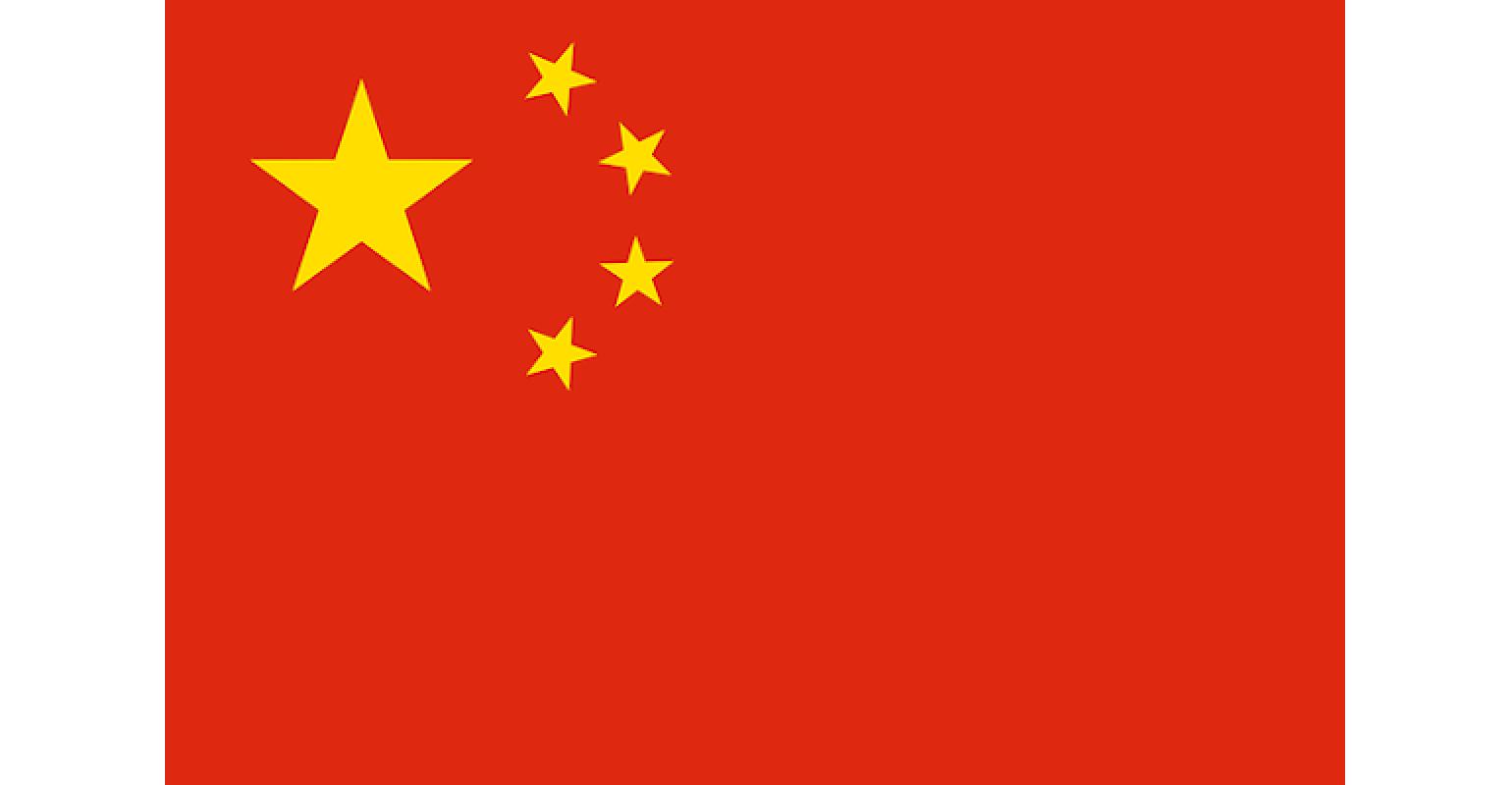 Image by OpenClipart-Vectors from Pixabay

Regulation in China of AI and software in life sciences is still developing in response to rapid tech advances. Will a shift in regulatory focus in China from point-in-time registration to whole-of-life scrutiny impact AI device approval?

COVID-19 has accelerated ongoing digital healthcare trends in China, presenting market opportunities for global medtech artificial intelligence (AI) and software players. But because the traditional life sciences regulatory frameworks in China were developed with hardware at front of mind, there is a regulatory lag as the frameworks catch up to the latest medical technology advances.

1. Shift of emphasis to whole-of-lifecycle scrutiny from point-in-time registration.

China’s regulatory body for life sciences products, the National Medical Product Administration (NMPA), is a resource-stretched regulator that has traditionally approached safety regulation for health products from a gateway or point-in-time perspective. This meant traditionally that a lot of time and effort was incurred ensuring products met the requisite standards, but once market approvals were granted, there was little appetite for ongoing scrutiny.

Recent health scandals and convergence to world standards (China is a member of the International Medical Device Regulators Forum) within a backdrop of rapid technological advances in medical technology have proved the traditional rigid framework incomplete. The NMPA is undergoing a noticeable shift in regulatory philosophy from point-in-time to whole-of-life scrutiny.

The reasons for this are many. The unique difficulties associated with regulation of digital health products further accelerates demand for evolving regulatory frameworks. Because of the continuous nature of software development and because software updates can so readily be pushed out to the market, traditional regulatory frameworks that view any product change with scepticism—often requiring a timeline and submission process similar to a fresh premarket application—doom healthcare services to backward-facing solutions even as the available patient solutions proliferate. For AI products that change second to second as the product adapts to a variety of inputs, the challenge is even more acute.

But with a number of recent announcements and guidelines over the past few years, the NMPA has demonstrated a maturing approach. This has meant a step up in overseas factory inspections for medical device manufacturers that import to China—there were around 24 that we at Cisema were aware of in 2019—as well as the introduction of annual risk reporting, special device identifiers, and lifetime verification requirements.

The role of the NMPA Legal Agent, the key contact for the NMPA for each registered device, has correspondingly increased in importance. Like the European Union and United States, China requires a local entity before market clearance applications will be accepted, but this need not be the manufacturer itself. A local distributor (that will thereby tend to gain inordinate power over the foreign manufacturer) or a third-party service provider may also perform this role.

Historically a minor one, the role has expanding responsibilities as the primary NMPA contact for post-market surveillance (PMS) duties.

2. ‘Major’ vs ‘minor’ software updates and the regulatory implications

Software developers should also be aware of how a product change application works. The traditional China regulatory framework allows very few instances for a product to be amended without first obtaining approval from the regulator. One of software’s strengths is its iterative improvability, but from a regulatory standpoint this causes problems because of the potential for an unapproved change to lead to health safety or efficacy concerns.

The starting point is that a medical software update is read broadly to refer to any modification made by the manufacturer/developer to the software during the entire software lifecycle.

Then, software updates are divided into ‘minor’ or ‘major’ updates. Minor updates are slightly enhanced or are corrective software updates such as improvements of computing speed, regular security patches, text modifications of the user interface, or similar. These should not affect the safety or efficacy of the product.

If a software update is minor, then it is managed through the company’s quality management system, and no prior approval is needed from the NMPA in order to make the change. This means that the relevant declaration materials will effectively be submitted for inspection by the NMPA together with the next registration filing, being a subsequent registration change or a registration renewal (every 5 years for Class II and Class III products in China).

But for major software updates, which include changes to operating systems, clinical functions (new operating modes or new core algorithms), software output changes, user interface changes, or other changes that may affect safety or effectiveness, a product change application will need to be submitted to the NMPA prior to rollout of the update. This can take 18 months from start to finish. There will also be fairly substantial application fees.

What does this mean for software that changes second to second depending on inputs? AI devices are a ‘hot’ area in China (and globally) and have received encouragement from the very top levels of government in China’s most recent 5 Year Plan.

The NMPA has issued various guidelines relating to AI in catchup to the U.S. FDA, which approved an AI-based diabetes-related device in 2018. Most notably in June 2019, the NMPA issued “Technical Guideline on AI-Aided Software” in which NMPA clarified that for AI software, version naming rules should cover algorithm-driven and data-driven software updates and should list all typical scenarios for major software updates.

For AI-assisted devices, NMPA has again shown increasing maturity by recognizing that the risk-based method is the guiding principle in determining whether and when a product change needs to be filed. Total lifecycle management is also strongly emphasized as the regulatory method to monitor safety for users and NMPA has said AI products in particular will faced increased PMS scrutiny.

Therefore, whether AI medical software updates require product change approval depends on statistical significance. Where the software maintains its effect based on the original application, there will be no need to obtain pre-approval.

4. Fast track pathways are available but difficult to use

There are four broad fast-track pathways available for medical device approval in China.

None is straightforward, and very few overseas products—in the tens out of thousands registered in the last few years—have been able to take advantage of any of the fast-track pathways. If one of the first three statuses above is granted (which does not mean ‘approval’), the device or SaMD will be allocated priority throughout the registration process but will not be exempted from the regulatory requirements. In addition, a specially assigned NMPA officer will be allocated to provide guidance throughout the expedited process.

Innovative approval has a number of criteria to be satisfied, most relevantly that the product has significant clinical application value, a China patent, and no other similar products on the market in China.

And emergency approvals are for public health crises, which was relevant earlier this year in response to the fight against COVID-19, but such applications have not been accepted for some months now.

Hainan Boao Lecheng Medical Tourism Pilot Zone (‘Pilot Zone’) has seen a flurry of publicity recently as part of a government-approved push to keep medical tourism within China, including presentations as recently as the August 14, 2020, webinar hosted by the China-Britain Business Council (CBBC). The Pilot Zone consists of a number of Chinese and foreign cooperative medical institutions within a roughly 20 square km area on Hainan Island, a large island off China’s south coast and the most southern province in China. If one of the hospitals in Boao Lecheng sees an unmet clinical need for your product, it may be imported and used in the zone without prior NMPA clearance or approvals. This allows the capture of real-world data on Chinese nationals and can support a subsequent application to China-wide market clearance. But it does not circumvent the need for a clinical trial.

Hong Kong Greater Bay Area is a recent draft development that will allow medical products approved in Hong Kong (a voluntary filing system) to be sold throughout certain healthcare institutions within the Greater Bay Area, an area with a population nearly that of Germany with 70 million people. This would similarly enable the collection of real-world data on Chinese nationals, which could usefully support a subsequent China-wide market approval application.

It was approved as an ‘innovative’ product, meaning it was able to take advantage of the innovative fast-track pathway referred to above. This was because no domestic product of the same variety had been registered and listed. At the time of NMPA registration, only one other similar product globally had been marketed (Heartflow in the United States). Compared with that products of the same variety, the performance index of this product was determined to be at the international leading level.

Since DeepVessel was approved, two other Class III AI medical devices have also been approved: a software for ECG analysis by Lepu (乐 普) and diagnostic software for MRI images of intracranial tumors from BioMind (安 德 医 智).

The recent flurry of Class III AI medical devices that have been approved for sale in China demonstrate that there is clear market opportunity for such products. COVID-19 has only served to accelerate digital innovation as China (and global) healthcare providers grapple with alternative methods to diagnose and treat patient ailments. But medical software and AI developers must be cognizant of the various regulatory hurdles.

NPC Decision “Decision of the State Council on Suspending the Implementation of the ‘Regulations on the Supervision and Administration of Medical Devices’ in the Boao Lecheng International Medical Tourism Pilot Zone, Hainan Province” issued 2 April 2018