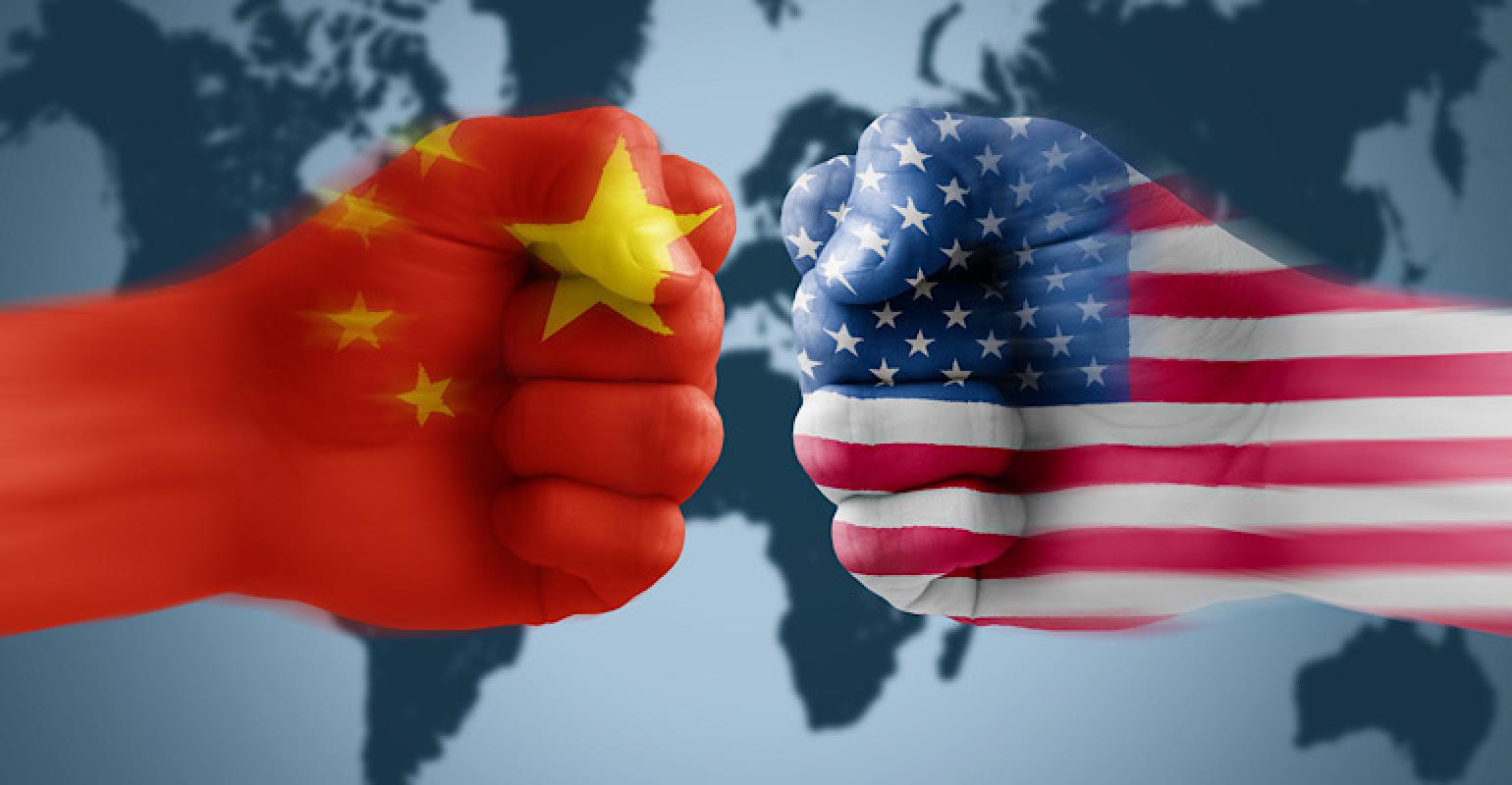 How Is Medtech Impacted by a Strained US-China Relationship? A CEO Speaks Out

While some believe cutting ties with China would serve as an impetus for more goods to be made in America, some medtech leaders think it could be disastrous — especially during a pandemic.

Diplomatic relations between the United States and China have been strained for some time now, and it's likely to get worse before it gets better.

On Monday, during a speech in Minnesota — a major U.S. medtech hub — President Trump doubled down on his message calling on domestic corporations to produce goods at home rather in places like China where it's less expensive. While some believe that cutting ties with China would serve as an impetus for more goods to be made in America, some Medtech leaders think it could be disastrous, especially during the pandemic.

Many medical device and diagnostics companies have made substantial investments in China, including the establishment of research and manufacturing facilities and other efforts that contribute to China's growth, according to AdvaMed, and the association sees China as the most significant growth market for the medical device industry today and for the foreseeable future.

MD+DI spoke with Todos Medical CEO Gerald Commissiong about how the strained relationship between the United States and China is impacting companies like his. Todos Medical develops blood tests for the early detection of cancer and Alzheimer's disease. Most recently, the Rehovot, Israel-based company has been focused on distributing comprehensive solutions for COVID-19 screening and diagnosis and recently struck an agreement with a South Korean manufacturer of rapid diagnostic tests, for U.S. distribution rights to its 10-minute rapid point-of-care  (POC) antigen test (Rapid Antigen) and its proprietary 40-minute rapid POC PCR test (Rapid PCR) for SARS-CoV-2. Todos also recently agreed to acquire U.S.-based medical diagnostics company Provista Diagnostics to gain rights to its Alpharetta, GA-based CLIA/CAP certified lab and Provista's Videssa breast cancer blood test. Todos was founded in 2010 and began trading on the OTCQB in 2016.

A former professional football player for the Calgary Stampeders of the Canadian Football League, Commissiong (pictured below) received a bachelor's degree in management science and engineering with a focus on financial decisions from Stanford University in Stanford, CA. He is currently director, president and CEO at Amarantus Bioscience Holdings, and is interim-CEO at Breakthrough Diagnostics, Todos’ joint venture with Amarantus. 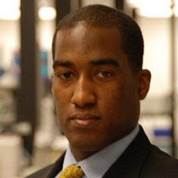 Editor's note: This interview has been edited for length and clarity.

MD+DI: You have a really fascinating background, and it sounds like you're a very global person. Could you tell us a little bit about your background and how you got into medtech?

Commissiong: I got into biotech through my father. My father is a PhD neuroscientist and he ran a division at NIH, the National Institute of Neurological Disease and Stroke, he ran the neurotrophic factors group within that division for several years in the 1990s, and then he spun out a company in the late '90s in Canada that was focusing on discovering new treatments for neurodegenerative disease, so for Parkinson's specifically. That company failed, unfortunately, and the IP was sitting there and so he asked me to help him reacquire the IP so we did that, right after I raised money, actually [through] the guys I was playing football with, I raised money from one of the sponsors, and we bought the IP and started Amarantus Bioscience.

MD+DI: From your perspective, and given where your company is located, how does the strained relationship between the United States and China impact medtech?

Commissiong: I'm Canadian by background so I'm coming at this from a different angle, but from a commercial perspective, but from a commercial perspective the relations with China are a challenge. Even when you speak with Chinese companies there's a desire not to publicize work that you're doing ... I know that there's been a crack-down on scientists who work across borders, there is issues now that are coming up as it relates to medical equipment — badly needed medical equipment for COVID-19 testing — so at this juncture it's a problem. And it seems as though the problem is going to get worse before it gets better, and the challenge is our supply chain is in China. As much as we want to say that it's not there, that's where it is, and if we don't get stuff from there I don't know where we're going to get it from.

MD+DI: I think that this issue impacts the entire industry, all levels from startup to the giants like Medtronic, but do you think the extent to which it impacts different sized companies and different staged companies differs across the board?

Commissiong: Yeah, of course. Obviously when your small your fixed costs are a larger percentage of your spend, right, because you don't have the scale to have lower costs so just getting into the game the barriers are high. So the challenge is when that happens, when it's more expensive to get in, Medtronic can just write another check, smaller companies can't do that. The net result is that there's fewer smaller companies. The other part is that smaller companies are the ones that rely on investment from China ... and there seems to be backlash against that, which I don't personally understand because it's not really a market you can get into without them anyway, so why would you not take that money that will be used to develop [a product] in the U.S.? It doesn't make a lot of sense to me. But sense is not the guiding factor in a lot of these decisions.

MD+DI: You mentioned that you are coming at this from a different angle, perhaps than someone with a U.S. background and a U.S.-based company, but when you have conversations with your peers in medtech, what is the tone of those conversations? Do you find that you tend to have a different perspective and different opinions than your peers or is there just widespread frustration about these issues?

Commissiong: There's just widespread frustration. The scientists just want to do science. The manufacturers just want to manufacture. And look, if we could get the stuff in the U.S., we're happy to buy it here, but if we can't get it ... if Thermo is quoting you six weeks or eight weeks and Roche is quoting you however many weeks but then your stuff never arrives and they tell you it's going to take longer, it doesn't really matter because you don't have a business. So right now we have to find secondary sources for a lot of these products so that we can have solutions that are actually being deployed and it seems as though we're being very picky at a time when there's no food, and we've got to eat. We don't really have a lot of opportunity to be picky. So that's what I see as the problem. And there are a lot of challenges with China in a lot of different ways but the reality is, that's where the supply is. ... It becomes very challenging while the country is down to think that we can scale up doesn't make a lot of sense.

MD+DI: Has the pandemic amplified the in vitro diagnostics space in particular on the supply end?

Commissiong: Yeah, it's a disaster. The only reason Todos Medical exists is because of that, otherwise we wouldn't have jumped into the COVID space if we didn't foresee that this was going to happen. It became very clear early on there was no coordination in terms of implementing a strategy, the decisions related to which tests were going to be the ones promoted, I think that was a flawed strategy. Why they didn't use the antibody tests that were available back then that, even if they weren't great, not great is a lot better than doesn't exist, which is what happened. Now we're going back ... the bar just keeps dropping for all these new tests coming out. If we had just used what was there back then and used them often ... we would have solved a lot of these problems a lot earlier.

MD+DI: Without China, what other hot spots are there in the supply chain that global companies can lean on during this time?

Commissiong: I think the way FDA is structured, which is to use only truly highly-validated and leading technologies regardless of the timeframe led us into a position where we threw the baby out with the bathwater early on. We decided that we didn't want these Chinese test kits. South Korea can give us good product but they're doing so much testing over there that they don't have a ton of volume to send over here. India is just getting up and running now and that's it. That is the practical reality so if you cut out China and South Korea is focused on their internal market and India is shut down, you basically don't have anything, which is a grim situation. So I think the posture towards China with respect to the pandemic was flawed. It could have been a pause of the trade war to deal with the [COVID-19] issues ... the reality is we needed a lot of stuff we didn't get, and we still don't have it, so we need to get it. And right now, they're still the only game in town. ...One thing that's clear is that these tariffs and the oversight on China is creating a blockage to getting what we need to increase our capacity to do more testing here so that is something that we really need to address.