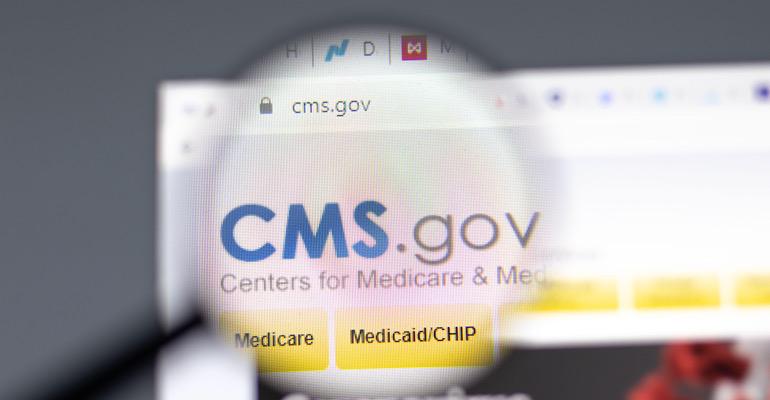 The agency said it would work in the coming months to explore policy options.

The Centers for Medicare & Medicaid Services (CMS) said Wednesday it is “committed to making sure Medicare beneficiaries are able to access emerging technologies,” and toward that end, the agency will initiate “notice and comment rulemaking in the coming months to explore policy options.”

In a viewpoint on healthcare and law, published also on Wednesday in JAMA Internal Medicine, CMS noted that this pathway “would build off of prior initiatives, including coverage with evidence development,” with the expectation of meeting four principles outlined in the article.

As a consequence, med-tech policy advocates in Washington are perhaps one step closer in the effort to reduce what the groups has said identified as the excessive use of prior authorizations, which they maintain often prevents timely access to needed care to certain groups of Medicare beneficiaries.

H.R. 3173 passed the U.S. House of Representatives earlier this month, a decision applauded by the Medical Device Manufacturers Association (MDMA), which issued a statement in support of the passage. The bill now heads to the Senate.

This issue has been discussed and considered legislatively since its introduction as H.R 3107 on June 5, 2019, by Rep. Susan K. DelBene (D-WA).

But there is a separate, simultaneous effort to change MA plans through rulemaking at CMS. AdvaMed sent its own letter to CMS Administrator Brooks-LaSure on Aug. 1, prior to the passage of H.R. 3173 in the House. The letter, signed by Chandra N. Branham, urged CMS “to move quickly to issue a proposed [TCET] rule this year.”

In an Aug. 30 letter to CMS, MDMA suggested that “MA plans’ policies that limit access to care tend to disproportionately affect minority and low-income beneficiaries, which exacerbates health inequities.

“MDMA’s mission is to ensure that patients have timely access to the latest advancements of safe and effective medical technologies that improve health outcomes,” MDMA President & CEO Mark Leahey wrote in that organization’s Aug. 30 response to the CMS RFI.

The importance, Leahey wrote, citing the Medicare Payment Advisory Commission’s estimate that nearly half, or 49% , of all Medicare beneficiaries are enrolled in Medicare Advantage plans. Because “a high percentage of the dual eligible, minority population is enrolled in MA plans,” it brings up the question of equity concerns if participants, or beneficiaries, “encounter access problems” driven by MA policies. He suggested that traditional, fee-for-service Medicare beneficiaries give higher scores on metrics to evaluate a 2021 study published by the Commonwealth Fund.

America’s Health Insurance Plans (AHIP), also based in Washington, D.C., is also participating in the input process with a slightly different vantage point, as the first hurdle for H.R. 3173 is passed.

“Doctors and clinicians provide important care and life-saving treatment – and they agree that we all need to work together to avoid care that is inappropriate, unnecessary, and more costly, said David L. Allen, Director of Communications and Public Affairs for AHIP in a statement provided to MD+DI.

I.eahey also wrote, “We urge CMS to strengthen the requirements for MA organizations to mirror the requirements for traditional Medicare. In particular, “CMS should require MA organizations to comply with the current policies in the Medicare Managed Care Manual regarding providing “an objective evidence-based rationale relying on authoritative evidence’ for the coverage policies, and not using accompanying rationale.”

The letter from Leahey also said MDMA members “noted that when MA plans apply policies they developed, those policies often lack a clear rationale for non-coverage” decisions made regarding patient care.

Moreover, Leahey wrote that CMS “should require MA organizations to solicit and respond to public input on their coverage policies and make their final policies available to the public.” Leahey also argued that MA organizations “should be required to inform enrollees about their process for developing coverage policies and provide notice of opportunities to participate in that process.”

“Transparency and opportunity for comment are essential to development and implementation of coverage policies that allow appropriate access to care,” Leahey concluded.