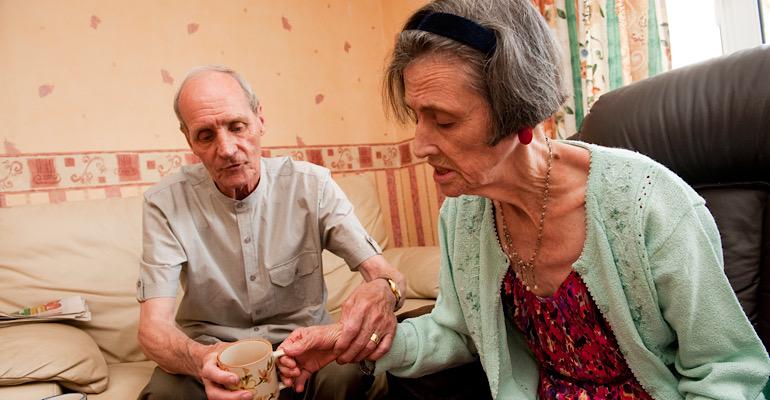 The Cambridge, MA-based company has won breakthrough device designation for its SinaptiStim.

Following a decade of research and investigation, Sinaptica Therapeutics has won FDA’s Breakthrough Device Designation for its SinaptiStim – AD system.

The Cambridge, MA-based company said its technology is designed to treat the cognitive and functional decline in patients diagnosed with Alzheimer’s Disease (AD).

Sinaptica described the company as a clinical-stage one that is leading the development of a new class of personalized integration of neurostimulation and brain wave monitoring technologies in combination with a proprietary artificial intelligence (AI)-derived engine.

Sinaptica Therapeutics President Rich Macary told MD + DI that the reliance on AI allows the SinaptiStim device to deliver just the right amount of stimulation needed by each patient.

“The next stop is to complete the [device] design and do a pivotal study,” Macary said.

The need for not only AD treatments, but treatments for other forms of dementia is great for both patients and their caregivers. In the U.S. alone, there are about six million people with some form of dementia. However, Macary said that at this point, SinaptiStim is being studied as a treatment for AD indication, specifically.

Macary said he believes FDA granted the company’s because the urgent need for help for dementia patients and their caregivers or providers is so great.

One of the major benefits of having breakthrough device status from FDA is that it allows the agency’s feedback on study progress while in progress, without having to wait for a formal approval feedback, Macary said. The goal is to get devices in the hands of healthcare providers and patients and their caregivers as soon as possible, and it allows more communication with the agency, providing a much more expedited pathway to potential approval, Macary said.

With the breakthrough device program, in order to bring a pivotal study forward, the designation adds more an “interactive engagement with FDA,” Macary said.

Sinaptica said it is planning to initiate a pivotal study in 2023, followed by an IDE application with FDA for the SinaptStim device, Macary said.

The company said in addition to planning for its pivotal trial, it plans to continue “further advancing the emerging field of electromagnetic therapeutics, given their unique ability to modulate key mechanisms of synaptic plasticity and network connectivity in targeted regions of the brain.”