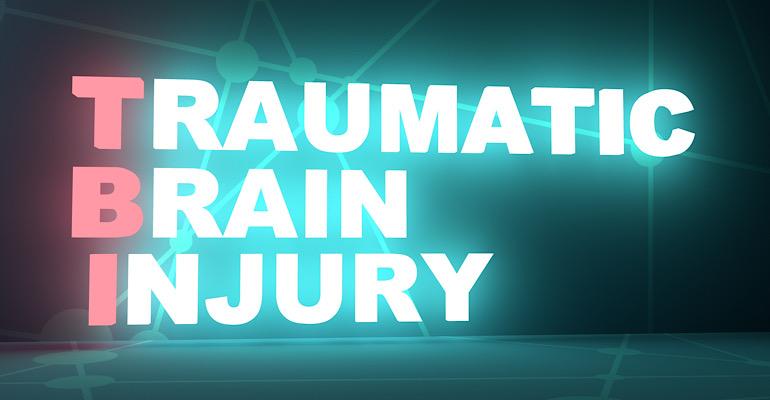 The research is significant because there is an urgent need for mechanism-based blood biomarkers that can diagnose traumatic brain injury and stage its severity.

In a new study, published online in Cell, researchers reported discovering a new way to prevent brain nerve cells from deteriorating after injury, which also revealed a potential mechanistic link between TBI and AD. Their discovery also yielded a new blood biomarker of nerve cell degeneration after injury, which is significant because there is an urgent need for mechanism-based blood biomarkers that can diagnose TBI and stage its severity.

Prior to this study, it had been previously reported that a small protein in nerve cells, called tau, was modified by a chemical process called acetylation in the post-mortem brains of AD patients. But how this modification came about, as well as its role in the disease process, was not understood.

Researchers discovered that ac-tau increased rapidly in multiple forms of TBI in mice and rats, and persisted chronically when nerve cell degeneration was untreated. They also showed that the increased ac-tau in human AD brain was further exacerbated when the AD patient also had a prior history of TBI.

"Our research showed that after ac-tau rises, a specific structure at the junction of the nerve cell body and its axon, called the axon initial segment, breaks down," explained Min-Kyoo Shin, PhD, co-first author of the study. "As a result, tau is no longer appropriately sequestered in axons. This leads to axonal degeneration, followed by neurologic impairment."

The team tested therapeutic interventions after TBI at each of the three nodal points in the new signaling pathway that they identified as leading to increased nerve cell ac-tau after injury. Using known medicines or experimental drugs, they saw that all three points provided effective therapeutic opportunity.

Strikingly, they found that two FDA-approved medicines of the NSAID class (anti-inflammatory medicines commonly used as pain relievers), salsalate and diflunisal, were potently neuroprotective after TBI in mice. Relative to all other NSAIDs and distinct from their anti-inflammatory property, these two medicines inhibit the acetyltransferase enzyme in nerve cells that adds the acetyl group onto tau protein after brain injury.

Next, they examined more than seven million patient records and learned that usage of either salsalate or diflunisal was associated with decreased incidence of both AD and clinically diagnosed TBI, compared to usage of aspirin in other patients for the same time period. The protective effect was stronger in diflunisal and salsalate, which correlates with diflunisal's superior potency in inhibiting the acetyltransferase enzyme, relative to salsalate.

The NSAID aspirin was used as a comparison group because it does not inhibit the acetyltransferase.

Lastly, because the tau protein freely diffuses from the brain into the blood, the researchers examined whether ac-tau might also be elevated in the blood after TBI. In mice, they found that blood levels of ac-tau correspond tightly with brain levels, and that blood levels return to normal when mice are treated with therapeutics that lower brain ac-tau and thereby protect nerve cells. Importantly, they also found that ac-tau was significantly increased in the blood of human TBI patients.