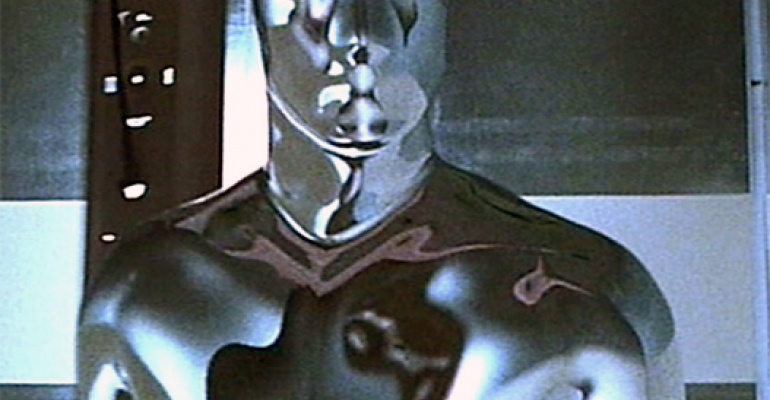 A new breakthrough allows researchers to control the shape and flow of liquid metal.

New research from North Carolina (NC) State University has manufacturers and science fiction fans buzzing. Traditionally, the surface tension of metal has made it impossible to form liquid metal into any shape other than a sphere. But a new discovery allows reachers to control the surface tension to manipulate metal into a variety of new shapes. It's not Terminator 2's T-1000, but it's a step in the right direction.

In a study published in Proceedings of the National Academy of Sciences, researchers led by senior paper author Dr. Michael Dickey, an associate professor of chemical and biomolecular engineering at NC State, found that applying a small, 1 V charge to a liquid metal of alloy of gallium and indium in water, creates a surface oxide that allows for manipulation of the metal's surface tension. Depending on the polarity Dickey and his team found they could also restore the surface tension. The result is a liquid metal that can be spread out “like a pancake” and brought back to firmness, allowing it to perform actions like flowing in and out of capilaries.
“We can use this technique to control the movement of liquid metals, allowing us to change the shape of antennas and complete or break circuits,” Dickey says in a statement. “It could also be used in microfluidic channels, MEMS, or photonic and optical devices. Many materials form surface oxides, so the work could extend beyond the liquid metals studied here.”
The researchers have released a video demonstrating their breakthrough.