A New Strategy Could Turn the Tide in Stem Cell GVHD 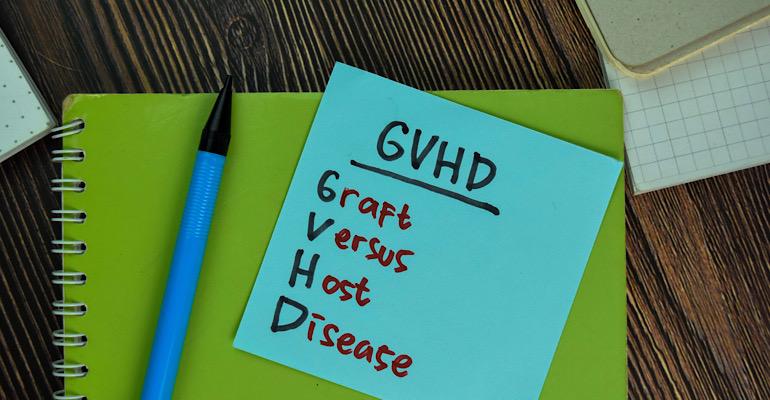 The strategy, which involves donor blood used for stem cell grafts was published in the Journal of Oncology.

Removing one type of T cell from donor blood used for stem cell grafts could greatly reduce a serious complication called graft-versus-host disease in patients with leukemia, according to a new study.

Published today in the Journal of Clinical Oncology, the study reports that only 7% of leukemia patients who received stem cell transplants depleted of naïve T cells developed chronic graft-versus-host disease, or GVHD, as compared to the 30% to 60% rate with standard of care treatment. About 70% of these patients developed the acute form of GVHD, but disease was typically mild and responsive to first-line corticosteroid agents.

For patients with leukemia and other blood diseases, transplantation of hematopoietic stem cells -- progenitor cells that can turn into any type of blood cell -- from a healthy donor can rebuild the body's blood manufacturing system. But this life-saving treatment also comes with risks. Stem cell grafts, which are collected from either the bone marrow or circulating blood, contain T cells that can cause GVHD by attacking host tissues.

Acute GVHD typically occurs within 100 days after transplantation and tends to affect the skin, liver and gastrointestinal tract. Most patients respond to corticosteroid drugs, but a substantial fraction require additional immunosuppression. Chronic GVHD usually develops later than the acute form and can affect many organs. This persistent version of the disease can be more difficult to treat, often requiring prolonged immunosuppression and reducing patient quality of life or causing death.

Removing all T cells from a graft prior to transplantation can reduce GVHD, but this approach is a double-edged sword. Previous studies found that patients were at higher risk of leukemia relapse or death because T cells also are important for killing cancer cells and fighting infections.

The research team recruited 138 leukemia patients, including both adults and children, across three phase II clinical trials. They collected circulating blood from healthy donors who were immunologically matched to each patient and used a reagent to remove naïve T cells. After chemotherapy and irradiation to kill cancer cells and make space for the transplant, patients received the naïve T cell-depleted graft.

According to researchers the most striking finding was that just 7% of patients developed chronic GVHD compared with previously reported rates of 30% to 60%.

Importantly, naïve T cell depletion did not appear to increase rates of leukemia relapse or fatal infections, although randomized control trials that compare different strategies are also needed to confirm these findings. The researchers have launched two such randomized phase II clinical trials for adult and pediatric leukemia patients.