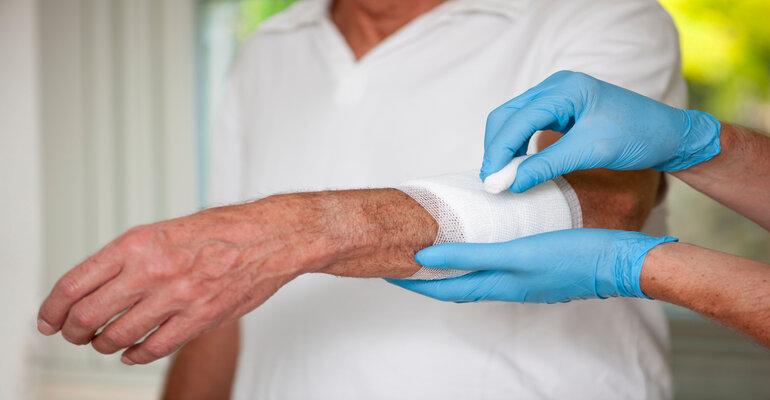 Could a cue from under the sea change how we think of wound care?

When trauma leads to a bleeding wound that cannot be stopped with compression or adhesives, the risk of death greatly increases. Nearly a third of trauma deaths are due to blood loss that cannot be controlled with compression, either due to the location of the trauma or a diffuse wound site. McGill University researchers have taken a cue from marine life with a microstructured bioadhesive based on flatworms and mussels.

Wounds with significant hemorrhaging are often not responsive to hemostatic therapies and do not seal with current bioadhesives, however, researchers found the application of the microstructured bioadhesives were able to increase coagulation through formation of a “macroporous tough xerogel infused with functional liquids” that allowed for sealing and antibacterial properties.

"When applied to the bleeding site, the new adhesive uses suction to absorb blood, clear the surface for adhesion, and bond to the tissue providing a physical seal,” said Guangyu Bao, PhD graduate working with Professor Jianyu Li in McGill University’s department of mechanical engineering. “The entire application process is quick and pressure-free, which is suitable for non-compressible hemorrhage situations, which are often life-threatening."

Bao is also lead author of the study, published in Nature Communications. Research was conducted ex vivo of human and porcine tissue.