Google’s Next Frontier: Inside the Human Body 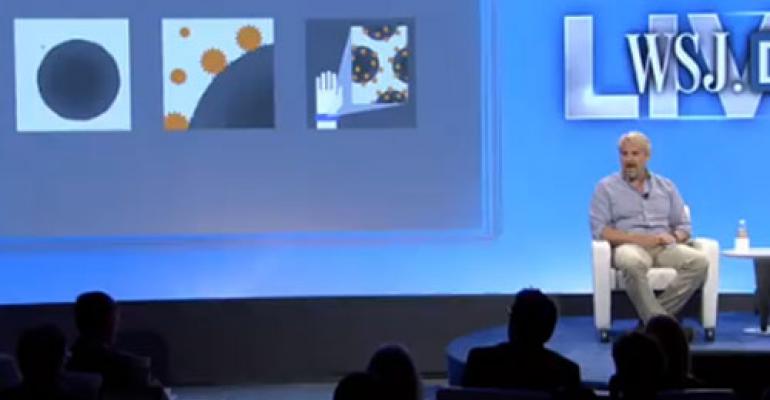 The leader of the life sciences team at the Google[x] research lab unveiled the company’s Nanoparticle Platform, an ambitious plan to revolutionize the way diseases are diagnosed.

If you already thought Google was everywhere, just wait until you see where the Web search giant is planning to go next: inside the human body.

Speaking today at the WSJD Live Conference in Laguna Beach, CA, Andrew Conrad, who leads the life sciences team at the secretive Google[x] research lab, revealed an ambitious project called the Nanoparticle Platform, which aims to create controllable nanoparticles that can be deployed inside the body to diagnose diseases.

“It’s a little more complicated than the contact lens,” Conrad said, referring to the smart contact lenses the company designed to monitor glucose levels, which it recently licensed to Novartis.

He explained that nanoparticles, which are so small that thousands of them can fit within a red blood cell, are “the nexus between biology and engineering, so we can make these nanoparticles behave in ways we want them to do.”

The idea is to load magnetic nanoparticles with antibodies and place them in a pill. Once the pill is swallowed, the nanoparticles would course through the body before being “recalled “ by placing a magnet to the person’s wrist.

“We call them back to one place, and we ask them, ‘Hey, what did you see? Did you find cancer? Did you see something that looks like a fragile plaque for a heart attack? Did you see too much sodium?’” Conrad said in video from the event.

The Nanoparticle Platform has the potential to disrupt the way medicine is practiced. Conrad compared the current healthcare model to trying to learn about Parisian culture by flying a helicopter over Paris once a year. “That’s what doctors do now,” he said. “What we’re hoping to do is these little particles go out and mingle with the people.”