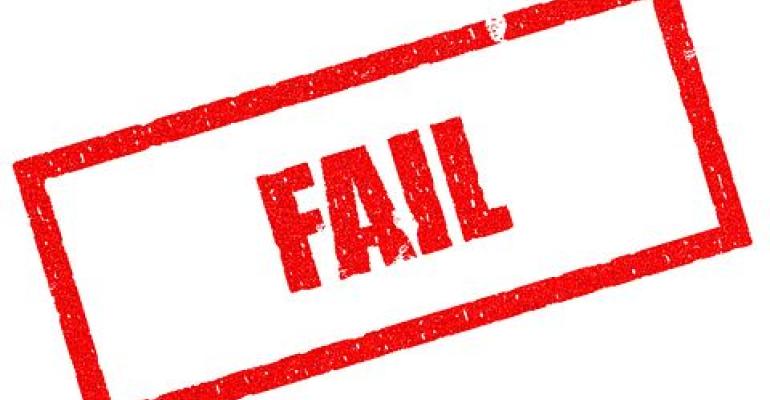 The industry is saturated with success stories, but the best learning opportunities come from the projects that fail.

Medical device success stories are everywhere. But the savvy R&D experts recognize the importance of pulling the plug on a project that just isn't cutting it, and those are the stories that provide the best learning opportunities.

The ability to embrace failure became a recurring theme throughout the MD&M Minneapolis conference, and at least three speakers bit the bullet and shared stories of projects that, for one reason or another, fell short.

Dale Larson, director of commercial initiatives at Cambridge, MA-based Draper Laboratory, was among the first to share a failure story Wednesday during a panel discussion of identifying and adapting technologies with crossover potential.  He talked about an internal R&D project that Draper had pursued involving bioresorbable electronics, a technology that initially seemed like it would have a lot of potential in healthcare.

"We were working with some surgeons at the Brigham and Women's Hospital and we hit upon this thing called a surgical leave-behind sensor, something that the surgeon wanted to query post-operatively," Larson said. "And everybody got excited. The surgeons were foaming at the mouth, the engineers were like 'yes, it's going to go'. But then we asked, 'What are you going to measure?'"

After drilling it down a bit, the team discovered that there wasn't really anything of great value that could be measured with what was, at the time, a very primitive set of electronics.

"I killed the project because we couldn't come up with a killer app," Larson said. "It still hurts, and it's been five years since we've killed it."

But, as painful as that kill was, Larson and his team learned a valuable lesson. Making cool stuff is great, but only if there's a clear application for the technology.

Inspired by Larson's valor, fellow panelist Alex Thaler, senior global product manager at Minneapolis, MN-based Smiths Medical, shared a story from a previous company he worked for that was called Perspire Diagnostics, before it flopped, for lack of a better term.

The idea was no sweat (forgive the pun). The company wanted to develop lab tests using patients' sweat. "A few months in, we found that the correlation exists at an aggregate level, but not at a specific patient level.

Interestingly enough though, other researchers are still pursuing similar technology using wearable devices. "It would be an amazing story to tell if it had worked out," Thaler said.

But these experiences are in no way limited to startups and smaller R&D organizations. During a separate session, Steve Geist, director of R&D within the transcatheter mitral and tricuspid therapies division at Irvine, CA-based Edwards Lifesciences, emphasized the important role failure plays in innovation.

"The learnings that come from failure are fundamental to future successes," Geist said.

He used the example of a time when Edwards decided to kill a project the company was working on in-house. The learnings from that project was later applied to a platform that Edwards acquired, Geist said.