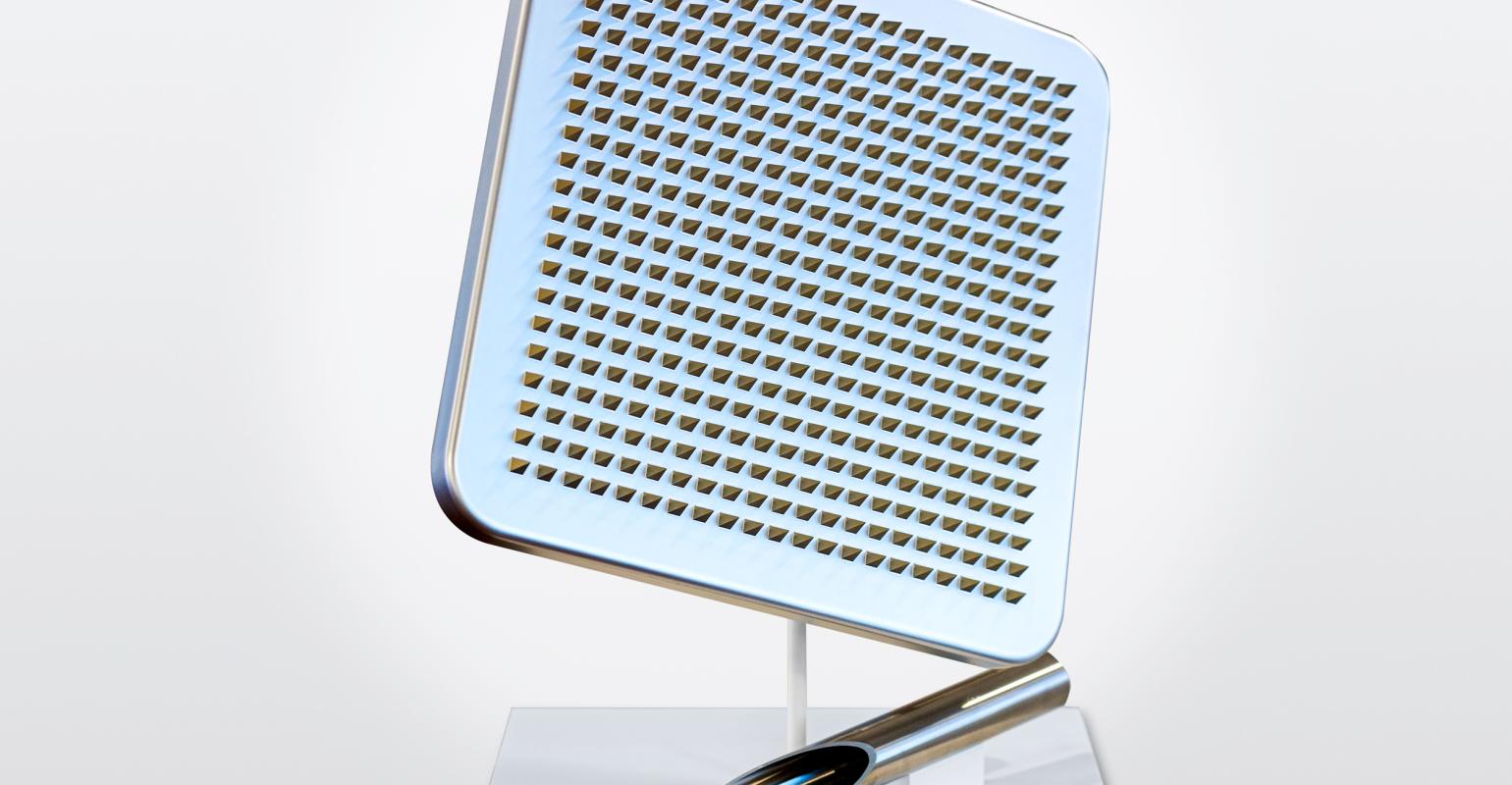 Approximate size comparison between a MAP and a traditional needle canula. Image courtesy of Harro Höfliger.
Researchers are exploring the potential for vaccine delivery through microneedle array patches to improve vaccination in general for all generations as well as to improve vaccination rates in low and middle-income countries.

Microneedle array patches (MAP), which have previously been used for cosmetics applications, are being considered for delivering a variety of vaccines. Earlier this year Harro Höfliger and PATH hosted a conference exploring such opportunities that drew representatives of the World Health Organization (WHO), UNICEF, the Bill & Melinda Gates Foundation, the Vaccine Alliance Gavi, and other researchers. The group is working to improve vaccination levels in low- and middle-income countries, particularly those for measles and rubella but also for other diseases, Stefan Bernsau, director, needle technology for Harro Höfliger, told MD+DI.

The MAP technology offers such a potential because microneedles can pierce the dermis at a depth of about 250 – 300 micrometers, explained Bernsau. “The microneedles will release the drug inside the dermis, which is rich in immune cells,” he said.

Bernsau said there are several big advantages in MAP technology. “Due to the fact that the vaccine or the drugs are in a dry solid state, MAPs do not require a cold chain for the vaccine. This is a huge benefit, especially in the LMIC (low- and middle-income countries). But it is also an advantage in the high-developed countries. No cold chain means significant savings in the delivery of vaccines and drugs,” he said. “Another advantage is the fact that the MAP technology allows self-administration. No healthcare workers are required, neither in LMIC nor in high-developed countries. Patients do not necessarily have to go to the doctor or to the hospital. They can order the required drug online and administer it directly at home by themselves. This will be a big gamechanger in the healthcare sector in future. Among that the MAPs are less invasive in comparison to a traditional injection. So treatments for example for children are much easier."

Vaccines would need to be formulated differently for use with MAPs. “Most important is a formulation that can be dried in order to either create dissolvable microneedles or create coated microneedles,” he continued. “This is the homework of the MAP developer and the vaccine producer before we can come in.”

There are also a lot of processing challenges. “The development history goes back nearly 20 years, which alone shows that there are numerous hurdles,” Bernsau said. “For example, the dispensing or coating of the vaccine or the API needs to be extremely precise. The required QA is another issue—how can it be verified that the defined amount of vaccine or API is dispensed to the MAP in the right spot (e.g., needle tip)? Another very challenging aspect is the drying of the liquid. The required time period for the complete drying process could be rather long, which is another obstacle for a high output production.”

Cost could be another concern. “Of course, with all the developments, the costs are a huge factor in the development of the MAPs for vaccination,” he said. “If the cost per application is higher than the overall cost of a traditional syringe, it will not be implemented.”

In the meantime, PATH is supporting several organizations in the development of MAPs, said Bernsau, while Harro Höfliger is developing manufacturing processes and completely new equipment for automating the required processes. “Given the fact that our customers and partners work with different technologies, all projects are different,” he said. “Different in requirements, speed, and complexity. As per our spirit ‘From Lab to Production’ we support the projects with engineering studies, PoC (Proof-of-Concepts), pilot equipment, and commercial equipment. It is a huge advantage that we can give a direct feedback already in the lab stage on whether a process step is possible in a production equipment. Especially if you take the scale-up process for the commercialization into consideration. If a lab scale process works perfectly, a later commercialization might be very complicated and in worst case completely different to the process that has been developed in the lab. There are a lot of different topics that must be taken in consideration and to be planned and tested from lab to production." 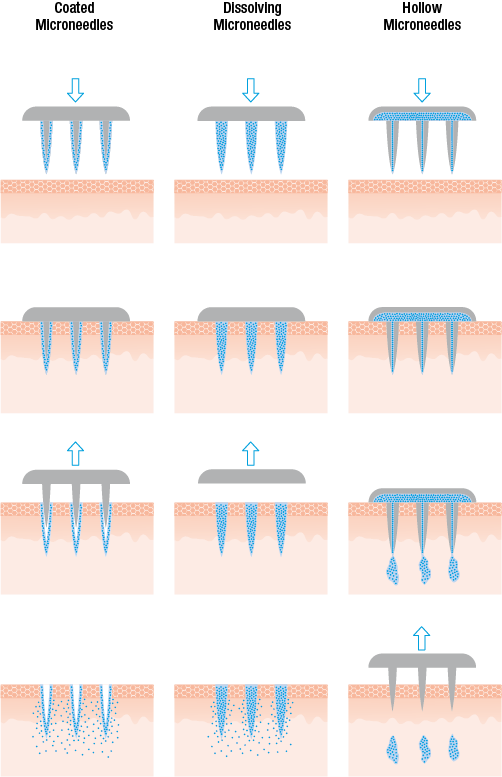 The workshop served as a platform to get experts together for exchange of expertise and ideas, he explained. There are “no direct action items yet, but networking was a very important part of the workshop, preparing the ground for further action for all participants,” he said. ” Among that the goal was to hear and learn about all the different experiences and learnings that have been made so far encountered in the development of the different MAPs."