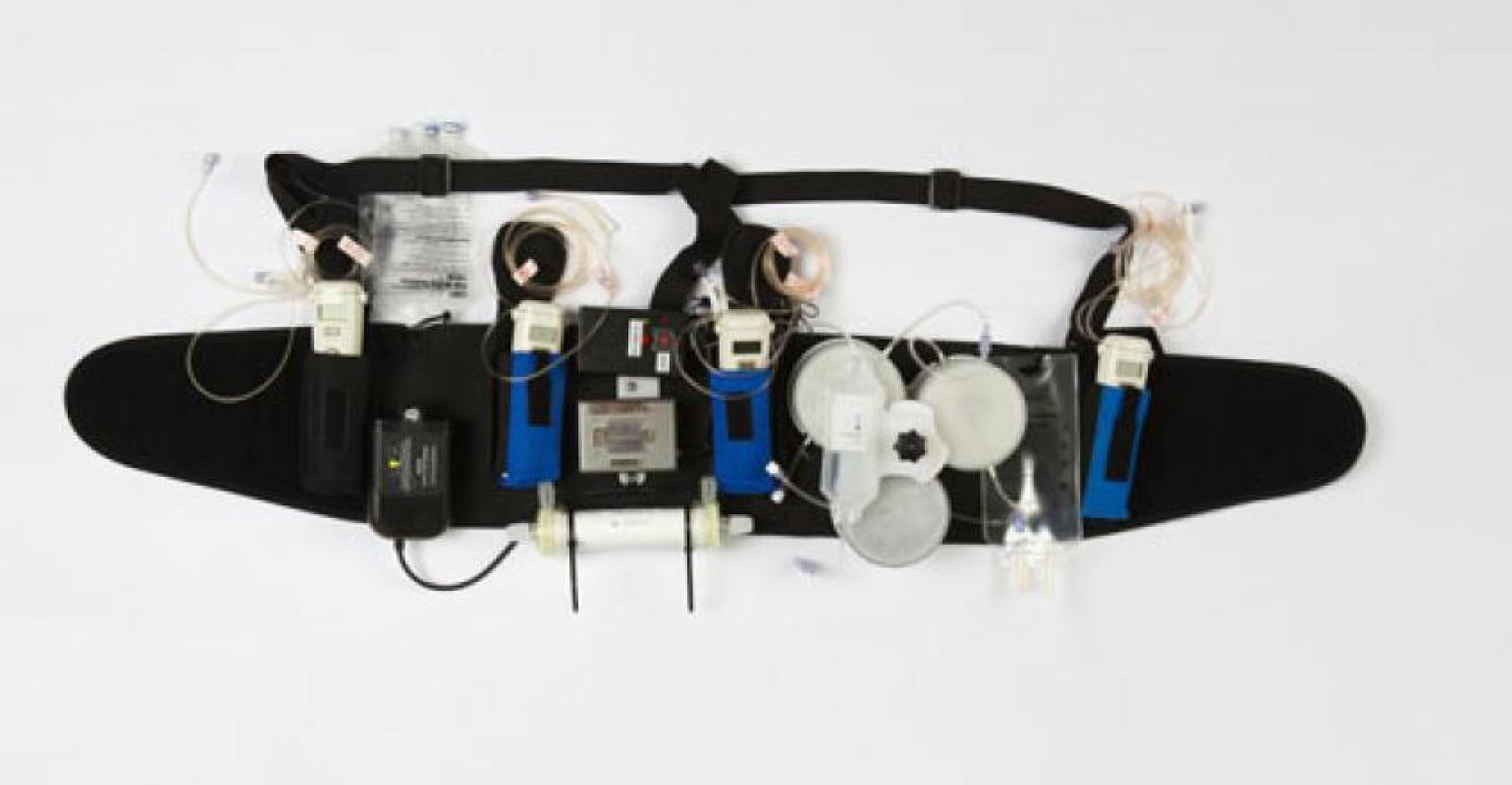 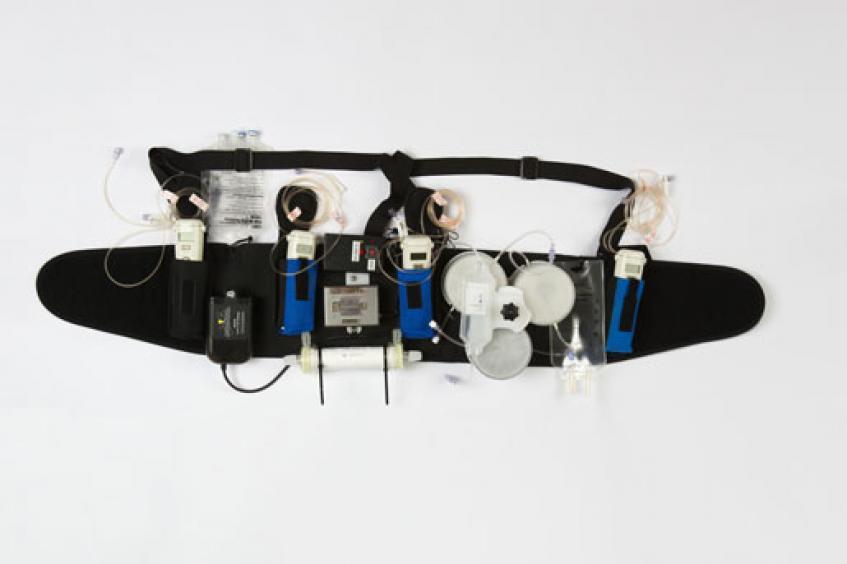 Instead of having to be plugged into an electrical outlet, the Wearable Artificial Kidney is battery operated. The device also requires only 370 CCs of water as opposed to 40 gallons, Gura said. The early iteration of the Wearable Artificial Kidney weighed 11 pounds but Gura said the latest generation of the device weighs only two pounds. The device is connected to the patient via one catheter that is surgically inserted in a 20-minute procedure under a local anesthetic.

The first clinical trial of the WAK (Wearable Artificial Kidney) ran from October 2014 and April 2015 and included seven patients. They drank water at will, and ate salty, potassium- and phosphorous-rich foods, which are verboten for hemodialysis patients whose blood is usually filtered three times a week at a dialysis center. The Wearable Artificial Kidney filters the patients’ blood continuously, just like a healthy kidney would.

"This guy was on dialysis for many years, and this was our first human patient ever to put on the device," he said, showing a photo of the patient wearing the Wearable Artificial Kidney. "We were all very nervous. After we turned it on nothing happened, the guy feels well, we didn't kill anybody, he walks, he moves, and after a while he says, 'can I go to the toilet?' I said 'okay, but the door is open'. So he's sitting on the toilet having a bowel movement and he says, 'can I have a phone?' I gave him a phone. He calls his wife and says, 'guess what I'm doing while having dialysis?'"

Dialysis patients have to take about 12 pills a day to help them get rid of the high phosphates in their blood that comes from food. With the Wearable Artificial Kidney, those pills become obsolete, Gura said, because the device works around the clock just as healthy kidneys do. That alone takes about $5 billion out of the U.S. healthcare system, he said.

So far the Wearable Artificial Kidney has been in development for 18 years, Gura said in response to one attendee's question. And while that might seem fairly fast, given the significant innovation of taking such a therapy that is traditionally done with a huge machine and shrinking it down to a wearable size, from Gura's perspective 18 years has been slower than what he would have liked.

Gura said he put up the initial funding for the Wearable Artificial Kidney project himself, and then raised money through friends and family and other investors.