5 Reasons Why Medical Device Innovation Is So Tough 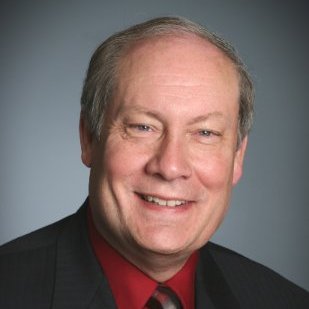 "You build around what has been done before. When people hear that statement, they sometimes say things like: 'what about the implantable pacemaker? Surely that was not incremental?' But you could argue that the pacemaker certainly built on what came before," says Betten, who is speaking at the upcoming BIOMEDevice Boston conference, which will be held April 13-14. External pacemakers had been developed in the early 1950s. The first battery-operated wearable pacemaker was developed by Earl Bakken in 1957, followed by the first first totally implantable pacemaker a year later.

While leapfrog innovation can happen in medicine, it is rare. Betten says there are many reasons for this. Here are his top five:

Medical device companies often face considerable financial constraints that make it difficult to create revolutionary products, or even produce devices that are substantially less expensive but functionally equivalent to older technology, according to Betten.

Add to that the difficulty medical device companies are having when it comes to simply maintaining profitability in the current healthcare landscape. The situation has led to rampant consolidation in the medical device industry in recent years.

Many medical device companies are being forced to reduce the costs of their products to adapt to increasingly cost-conscious hospitals. The hospitals have seen their own profit margins falling in recent years and have pressured device makers to give them discounts. Boston Scientific Corp.reported that price declines are expected to reduce its gross profit margin for 2016 by a full percentage point. Many other device companies are in a similar predicament.

In the past, it was commonplace for device makers to charge substantially more money for new products that only had minor improvements over the previous-generation product. That isn't the case anymore: many hospitals are now hesitant to invest in new devices that are not demonstrably better than established technologies.

Another complication is that it is difficult to develop a brand-new type of medical device because of the potential difficulty of winning reimbursement from government payers and insurance companies.

Yet another consideration is that medical device startups play a vital role in developing novel medical technology. But such startups have been struggling over the past decades to obtain venture capital funding for their projects.

While product development in itself is an expensive undertaking, it is especially so in a highly regulated environment such as the medical device industry. Regulatory costs run in the tens of millions of dollars for most 510(k) products, according to a report on AdvaMed's website. For PMA products, marketing a medical device in the United States can take close to $100 million on average.

The vast majority of sophisticated medical devices are marketed via the 510(k) pathway, which requires that a device be substantially equivalent to an existing device that is already on the market.

Contrast this with filing for a patent, which requires that one demonstrate that a technology is "novel," "nonobvious," as well as "useful." Clearing a device under the 510(k) pathway is substantially quicker and more straightforward than the PMA process, but it is still relatively expensive to do so. In 2014, it cost an average of roughly $31 million to market a medical device under the 510(k) program.

Most technologies that are truly novel and groundbreaking must be approved via the PMA process in the United States. This pathway typically requires considerable clinical data. It can end up taking several years or even more than a decade to get a device to the U.S. market via the PMA program. In 2014, it cost an average of $94 million to market a medical device under the PMA program.

While insuring that proper risk management and quality programs are in place is expensive, failing to do so can cost dramatically more. According to McKinsey, costs of a single non-routine quality event such as a major recall can cost a device firm as much as $600 million. McKinsey, in its 2013 report titled "The Business Case for Medical Device Quality," noted that there has been "an average of one major quality event per year that resulted in a 13% stock price drop across the industry."

The culture in the United States is relatively litigious when compared with that of many other developed nations. "In our society, we tend to worry more about killing one patient than we do about saving thousands," Betten says, referring to the fact that there is often little attention given to the large number of devices that work as they are intended.

But medical device companies routinely shell out tens or hundreds of millions of dollars to settle product liability lawsuits. In addition, there has also been an uptick of kickback lawsuits in recent years. This year, Olympus agreed to pay $646 million to settle kickback and other allegations related to its duodenoscopes. The settlement was the largest Anti-Kickback Statute payment ever made in the United States by a medical device maker. Other recent kickback fines have ranged from $1 million to $80 million.

4. The Challenge of Making Products That Cut Costs

A couple of years ago, Wired magazine detailed the case of a company that had developed an endoscope that cost 95% less than traditional endoscopes. The maker of the device, EvoTech, had decided to get FDA clearance for the instrument, but chose not to market the product in the United States. Instead, it would use the FDA clearance as a sort of stamp of approval to help the company sell the product in the developing world.

Despite the huge need to develop medical products that are considerably less expensive than traditional technologies, there are relatively few companies developing such products.

There are exceptions, however. "I serve on a pediatric board at the University of Minnesota," Betten says. "We recently reviewed a technology that offers a very inexpensive way to provide a bubble CPAP therapy using materials commonly available in developing-world environments at very low cost. This technology replaced a much more expensive technology typically used in the developed countries. The clinician reported the case of a child treated with this device who was saved from near death. Things like that can be done," Betten adds. "But it can be tough to get them on the market in the United States. You may have a product that initially has a low price point. You must show it is safe and effective and complies with risk-management requirements." Device companies must defray those costs, and that often translates to a higher cost for the end device.

5. Why Not Fast, Better, and Cheaper?

Since the 1990s, NASA has been guided by a "faster, better, and cheaper" or "FBC" approach to technology development. A 2001 book by Howard E. McCurdy explains how this philosophy helped guide the agency to undertake 16 missions in the 1990s at a price point that was less than the price tag of a single conventional space mission.

In the healthcare field, however, promising to create technology that is, at once, faster, better, and cheaper tends to raise eyebrows.

There is the case of Theranos, which had promised to revolutionize blood testing. The company had promised that it could offer tests at a fraction of traditional costs. Its fingerstick tests were also potentially less painful, and its use of automation was extolled as a way to help ensure accuracy while also delivering timely test results.

"The Theranos CEO Elizabeth Holmes had been hailed as the disruptive upstart of medical technology in many press reports," Betten recounts. "Then, a matter of months later, you see headlines like: 'Silicon Valley's Most Inspiring Company May Be a Fraud.'"

"It boils down to this: if they could do what they say they are going to do (and prove it), that would be great. But leapfrog innovation in medicine is hard," Betten says. "In addition to the previously cited hurdles, sometimes it is just a hard technical problem.  For example, many companies are trying to measure blood pressure by shining a light on the skin and measuring the response. If they can pull that off, that's great, but the burden of proof is on them to show that it works at least as well as currently available methods."