To commemorate Women's History Month this March, Qmed has created a [summary] of some of the most outstanding female inventors in the medical device field.
Qmed Staff
A groundbreaking probe for removing cataracts was developed by a woman--as was the radioimmunoassay, the microelectrode, the modern syringe, and many other technologies. Read on to learn about some of the most important contributions to medicine from female innovators.

Madame Curie is one of the first people that many people think of when thinking of famous historical scientists who happened to be female. Along with her husband Pierre, Marie Curie discovered radium and polonium and helped lay the groundwork for the development of the x-ray and to cancer treatments. Curie ultimately received a Nobel for the discovery of radioactivity--the first woman to do so.

Yalow, a medical physicist, partnered with Solomon Berson to invent the radioimmunoassay. The breakthrough enabled scientists to subsequently analyze minute quantities of "biologically active substances" including blood and tissue as well as viruses. The technique ultimately found use in identifying viruses such as hepatitis in blood banks and was also used to calculate optimal drug doses. Yalow eventually won the Nobel for her work in 1977.

Wong-Staal helped discover the HIV and mapped its genes by cloning the virus in 1985. That accomplishment led to the development of a genetic map of the virus, which paved the way for blood tests for HIV. A Chinese-American virologist and molecular biologist, Wong-Staal was also the first to clone the virus. The Institute for Scientific Information had honored Wong-Staal as the top woman scientist of the 1980s.

Ida Henrietta Hyde invented the microelectrode in the 1930s. Hyde was also the first female to graduate from the University of Heidelberg, the first woman to perform research at Harvard Medical School, and the first to be elected to the American Physiological Society.

Tsukamoto came up with a technique for stem cell isolation--a feat that had long perplexed scientists. The breakthrough ultimately led to further advances in oncology.
Tsukamoto ultimately was listed on a 1991 patent for the process of isolating human stem cells.
She is now continuing her work on stem cells at a company known as Stem Cells Inc. 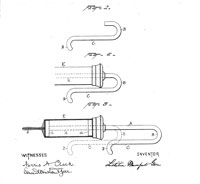 The modern medical syringe owes its existence to Letitia Geer, who developed the device in 1899. Before her invention, syringes had to be operated with two hands. She received a patent for the device (a drawing from the application is shown at right), which was described as "a hand-syringe" comprised "of a cylinder, a piston and an operating-rod which is bent upon itself to form a smooth and rigid arm terminating in a handle, which, in its extreme positions, is located within reach of the fingers of the hand which holds the cylinder, thus permitting one hand to hold and operate the syringe."

The English chemist Rosalind Franklin has been credited by some with being the first to discover the structure of DNA. While that is debated, Franklin was certainly a pioneering molecular biologist, creating x-ray photographs of DNA. Her images, which were taken using a machine that Franklin had customized, provided substantial evidence for the structure of DNA. Francis Crick and James D. Watson used one of Franklin's images to come up with their model of DNA, which they published in 1953. 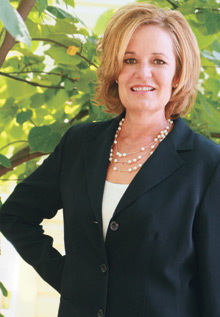 The mother and daughter duo Betty Rozier and Lisa Vallino (pictured) came up with an intravenous catheter shield, which has made the use of IVs safer and easier. Vallino, a nurse with considerable experience in the ER and pediatric wards, came up with the idea for a polyethylene device--shaped similar to a computer mouse--that would work as a sort of IV house. Vallino partnered with her mother, Betty Rozier, on the device and the two won a patent for their creation in 1993. Vallino is currently the president and clinical director of I.V. House--the company named after the invention. Rozier is now president emeritus of the company and served as the president from 1991 until 2011.