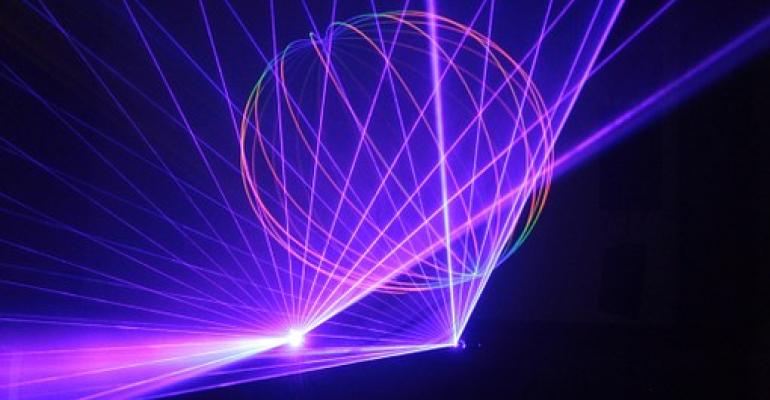 Researchers have developed a laser that can fit and function inside living tissues. The tiny nanolaser is about 50 to 150 nanometers thick and has the potential to sense disease biomarkers or perhaps treat deep-brain neurological disorders.

A newly-developed nanolaser can function inside of living tissues without harming them. Researchers from Northwestern and Columbia Universities developed the laser, which is just 50 to 150 nanometers thick, and about 1/1,000th the thickness of a single human hair.

A paper detailing the laser was published last month in the journal Nature Materials.

Researchers said the laser can fit and function inside living tissues, with the potential to sense disease biomarkers or perhaps treat deep-brain neurological disorders, such as epilepsy.

Not only is it made mostly of glass, which is intrinsically biocompatible, the laser can also be excited with longer wavelengths of light and emit at shorter wavelengths.

While many applications require increasingly small lasers, researchers continually run into the same roadblock: Nanolasers tend to be much less efficient than their macroscopic counterparts. And these lasers typically need shorter wavelengths, such as ultraviolet light, to power them.

Researchers were able to achieve a nanolaser platform that solves these issues by using photon upconversion. In upconversion, low-energy photons are absorbed and converted into one photon with higher energy. In this project, the team started with low-energy, "bio-friendly" infrared photons and upconverted them to visible laser beams. The resulting laser can function under low powers and is vertically much smaller than the wavelength of light.