A New Way of Looking at Things 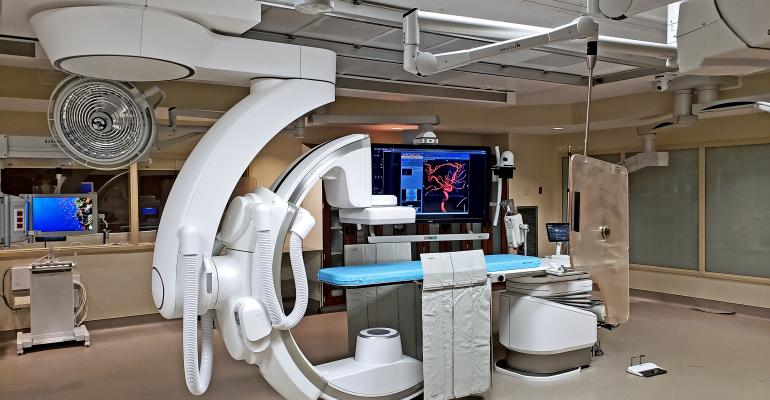 The Azurion with FlexArm at the Miami Cardiac & Vascular Institute. The Miami Cardiac & Vascular Institute created the Azurion with FlexArm in partnership with Royal Philips. Images courtesy of Baptist Hospital.
The FlexArm gantry enables clinicians to quickly and easily visualize critical anatomy and identify changes to a patient during a procedure.

It can get pretty crowded in an interventional procedure room, specifically for those places where image-guided therapy is being conducted. “Some of these procedures may require upwards of 15—or sometimes even 20—people in the suite,” said Barry T. Katzen, MD, founder and chief medical executive of Miami Cardiac & Vascular Institute, part of Baptist Health South Florida, in an interview with MD+DI. “And all of them have certain needs for technology, for space, for visualization, and things like that.”

He noted that in his area of specialty, cardiovascular image–guided therapy, there has been a tremendous acceleration in the development new procedures—everything from angioplasty to stents to treatment of aneurysms, as well as treatment of aortic valves and replacing valves percutaneously. “In doing so, we’ve been working in both the environment and with technologies that were generally 10 years behind the times,” he said. “In other words, the equipment might be modern, meaning new, but by the time it is implemented, it was designed for procedures we already know about. But we’re living in a time and space where procedures are developing at such a rapid rate that we very frequently are left with working in an image-guided situation that was designed for some other purpose.”

He cited the example of a room that is designed to do great cardio angioplasties, but maybe is not ideal for conducting a percutaneous heart valve procedure. “In this general context,” he said, “we tried to develop a platform that would be flexible and allow us to do technologies or procedures that don’t exist yet.”

To this end, Miami Cardiac & Vascular Institute, in partnership with Royal Philips, created the Azurion with FlexArm. “The whole project started with [a] brainstorming session, saying ‘we know that the equipment and environment that we have now are suboptimal,’” Katzen said. “How do we know? Because people are getting back injuries, neck injuries, and there are also radiation-protection issues, ergonomic issues that can be corrected. We know that we are not always seeing inside the body in the most optimal way.” 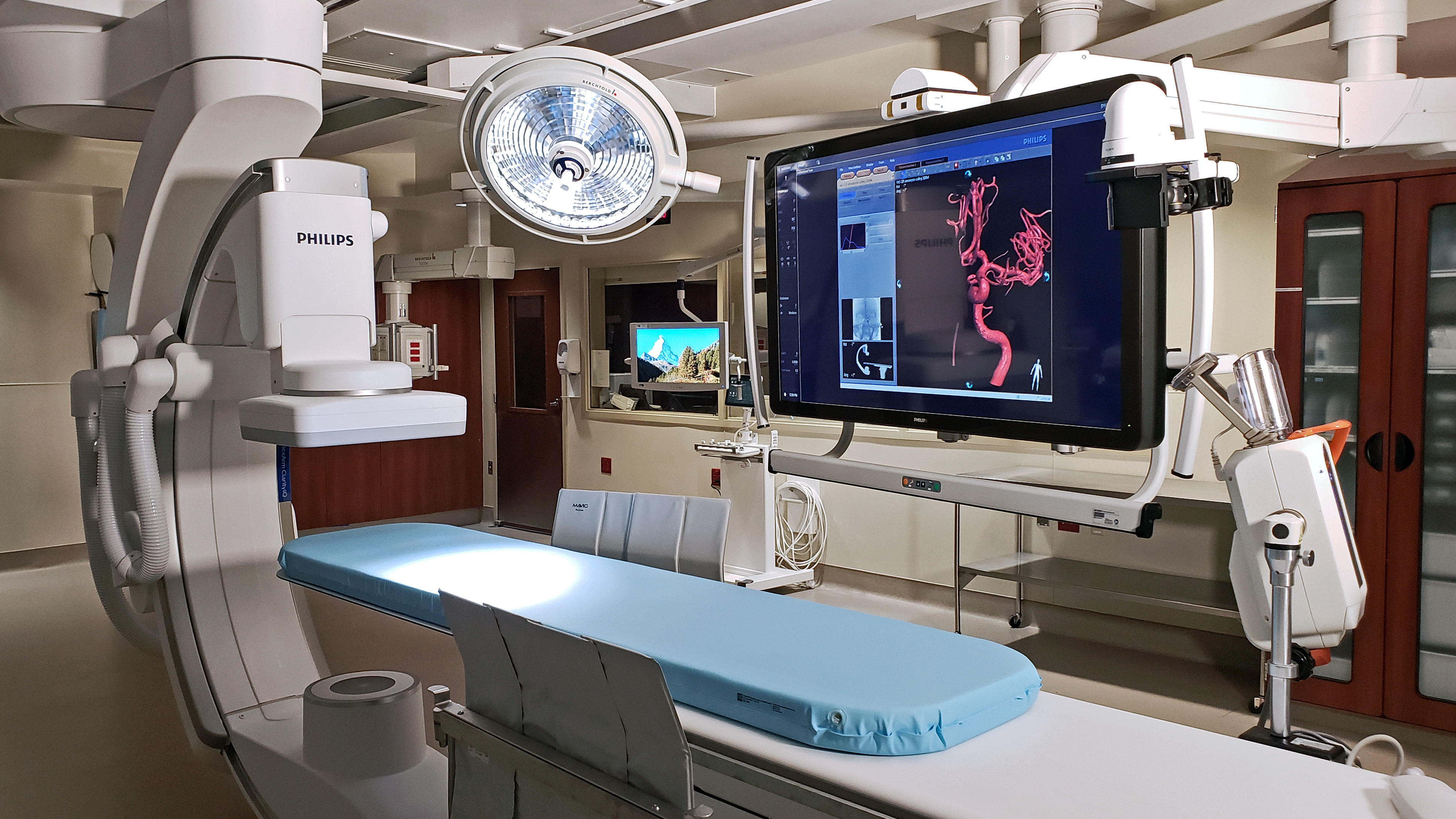 Katzen said that one of things they did in preparation for this device was to spend a year or two taking photographs of the people in the rooms during procedures and noting how they were positioned, as well as looking at the ergonomics.

The FlexArm itself allows the operator to image into the body from any angle and almost any position, while still allowing the ability for multiple people to be working together. This equipment allows for 3-D imaging, with cone-beam CT that can be done from either the front or the side of the patient. The C-arm can be placed in any position and still maintain its orientation fluoroscopically, giving it the flexibility for positioning the room for any type of procedure, Katzen said.

There are two parts of the FlexArm. One is the user interface, which allows the user to move the geometry in any direction with a single button. The other is the geometry itself. “The geometry allows us to, in a simple way, in a single patient, to look at many things,” said Katzen. “We can go from one wrist to the other for instance, or we can go from head to toe. We can go from a left wrist down to a foot. We can get access to the circulation from the foot and the arm at the same time or the abdomen and the arm at the same time and still accommodate the anesthesia people in the room,” he continued.

The device has been used for a couple of years, Katzen said, in clinical trials to compare with standards in geometries, and in complicated procedures at Miami Cardiac & Vascular Institute.