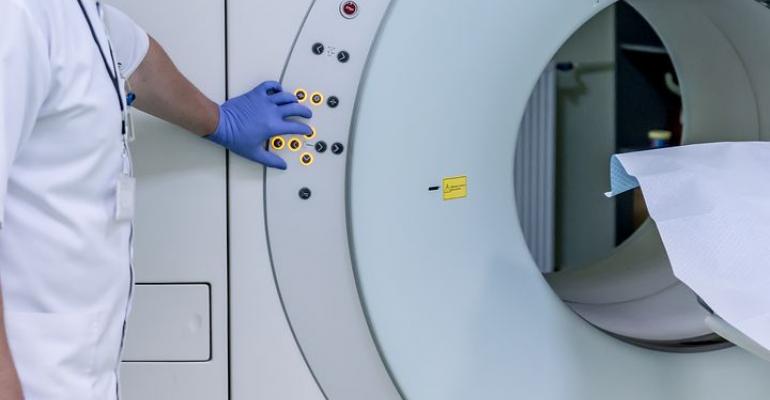 Boston University researchers have developed a metamaterial that could completely change the MRI paradigm.

Boston University researchers have developed a new, "intelligent" metamaterial -- which costs less than ten bucks to build -- that could revolutionize MRI, making the entire MRI process faster, safer, and more accessible to patients around the world. The technology, which builds on previous metamaterial work by the team, was described in a new paper in Advanced Materials.

MRI is used by clinicians to diagnose medical problems by spotting abnormalities that could indicate anything from a torn meniscus to muscular dystrophy. But MRIs are expensive, and they take a long time -- often the greater part of an hour for a single scan. Finding enough MRI time for waiting patients can be a problem, even in US hospitals, but in hospitals in countries like India, waiting periods of a year or more can put patients' lives at risk.

So how can one speed up the MRI process without jeopardizing the quality of imaging? Xin Zhang, a BU College of Engineering professor of mechanical engineering and a Photonics Center professor, and a team of researchers that includes Stephan Anderson, a Boston Medical Center radiologist and BU School of Medicine professor of radiology, and Xiaoguang Zhao, a MED assistant research professor of radiology, are getting creative with metamaterials to solve the problem.

The quality of MRI images depends to a great extent on what's called "signal-to-noise ratio," or SNR. The higher the SNR, the better the image, and the most direct way to improve the SNR is to turn up the magnetic field.

The researchers estimate that the metamaterial array, developed with the support of the National Institute of Biomedical Imaging and Bioengineering, should cost less than $10 to construct. Even though the current magnetic metamaterial prototype is a flat, thick layer, they expect to adapt it to a flexible, ultra-thin MRI enhancement sheet. Integrated with clinical MRI systems, they say, their newly discovered magnetic metamaterials have the potential to usher in a quantum leap in the performance of MRI.