Could New Imaging System Reduce the Need for Some Breast Biopsies? 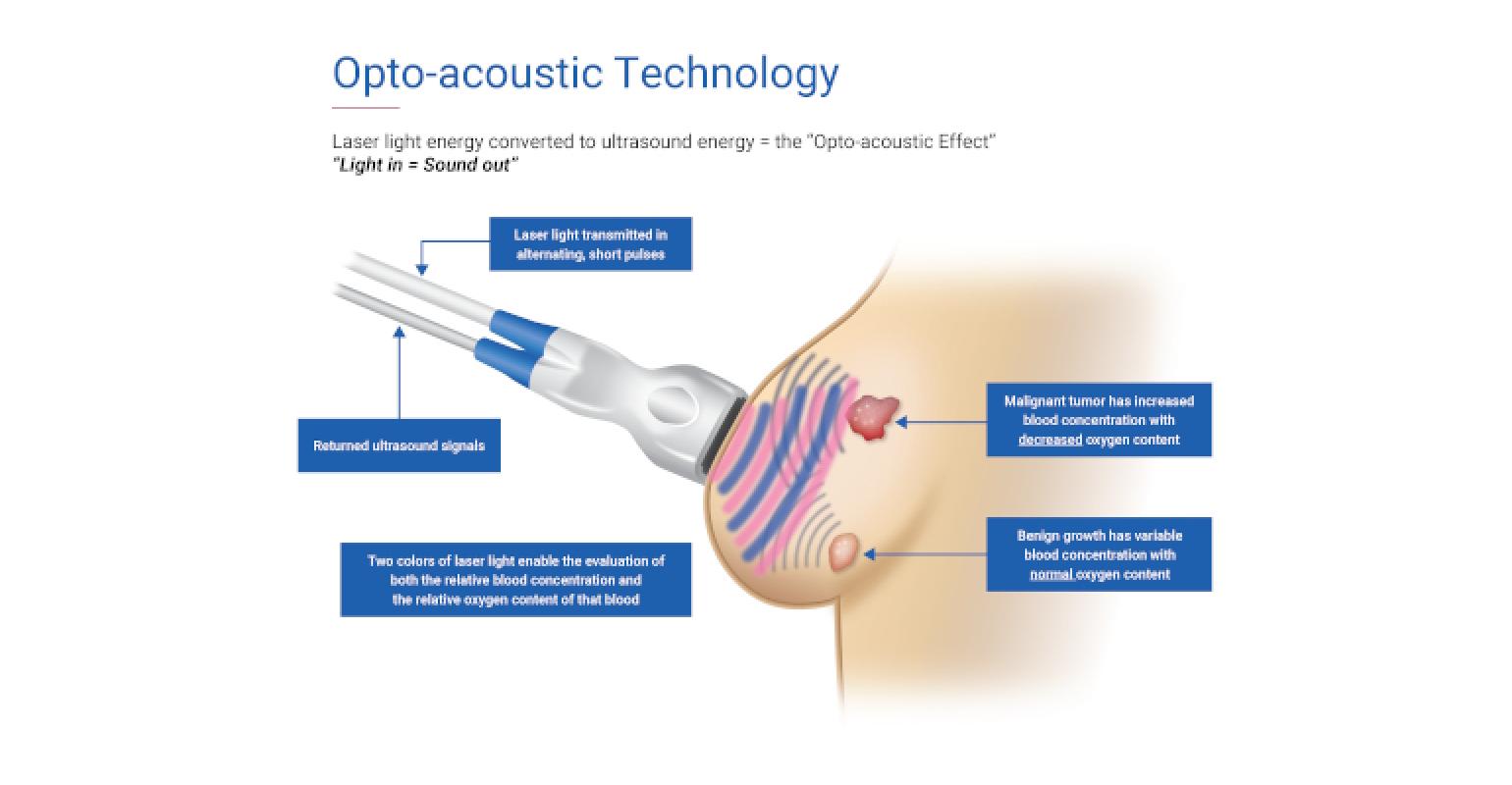 Each year, 30 million women in the United States undergo screening mammograms, leading to six and a half million of those women requiring more than 17 million additional diagnostic procedures, said Tom Umbel, CEO of Seno Medical, in an interview with MD+DI. “Ultimately 1.6 million women get biopsies done each year in the United States, of which 1.3 million are negative,” he continued. Waiting for the results of biopsies can create a lot of anxiety, and the biopsies themselves have inherent risks—complications such as infections or hematomas do occur. So, eliminating or reducing the need for a biopsy was the impetus for Seno Medical to employ its imaging system in breast cancer diagnosis.

Seno Medical aims to have its system, Imagio, be the first diagnostic tool used after a suspicious finding, before repeating an x-ray, performing an MRI, or sending a patient for molecular imaging. “That way, we reduce huge amounts of cost for diagnostic imaging that's done right now for breast cancer, as well as the biopsies on the back end,” Umbel said. “The savings to the U.S. healthcare system could easily be two to three billion dollars or more.”

Imagio uses opto-acoustic ultrasound (OA/US), which combines laser optics and grayscale ultrasound to provide fused functional and anatomical breast imaging. The opto-acoustic images provide a blood map in and around breast masses, while the ultrasound provides the traditional anatomic image.

Imagio looks for the presence of related angiogenesis, new blood vessels produced by malignant tumors to help supply nutrients to and remove wastes from the tumor. Imagio is ideally suited for diagnosing breast cancer, Umbel said, for two reasons, the first being the visualization of the neovascularization that takes place with a malignancy, and the angiogenesis that occurs there. “Secondly, Imagio quickly provides a relative oxygen content between blood vessels that are related to a malignancy that are at a lower oxygen level. These lower oxygen level vessels—when cancerous—will try and outgrow normal surrounding tissue, and OA/US can capture this cancerous activity,” he explained.

The system also incorporates an AI-powered tool that assigns scores to what is imaged and gives the physician a probability of malignancy. “It provides an additional data point that could give the clinician the confidence to say ‘I thought that was benign. Now, I know it is,’” Umbel said.

The real challenge in breast cancer diagnosis in the United States, Umbel said, is the threshold for whether a biopsy is needed, which currently is at two percent likelihood for being cancer. “So with this technology, we give the radiologist the ability to frequently downgrade masses in the 2.5-15% range to under that 2% threshold, thereby eliminating the need for an unnecessary biopsy,” Umbel said.

Seno Medical is also working on other applications for the Imagio. “We're about to start further work in the area of neoadjuvant therapy,” Umbel said. “We believe, because we're looking at that neovascularization related to the cancer, that we can determine the effectiveness of the neoadjuvant therapy much earlier in the treatment cycle,” Umbel continued, also noting that his company believes Imagio is suited for diagnosing thyroid cancer as well. The company is also in the process of developing an intracavity probe that will target prostate and then cervical and ovarian cancers.

Seno Medical recently received a PMA from FDA for Imagio, but since the company is in the final stages of readying its second-generation product that includes a very high-end ultrasound system, Umbel believes a full market launch should come when that second-generation Imagio has cleared FDA.