Can a New Radiopharmaceutical Company Unlock the Power of PET? 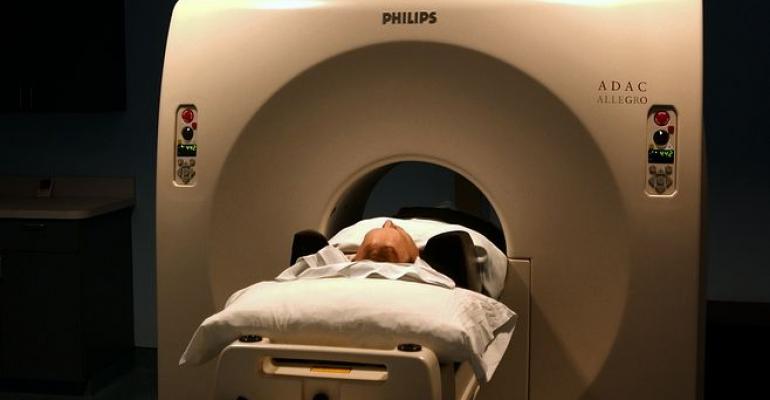 The founders of Fuzionaire Dx talked to MD+DI about how a chemistry breakthrough led to the formation of the company and attracted the help of Michael Phelps, the original inventor of the PET scanner.

Since its invention and development in the 1970s, positron emission tomography (PET) has made an undeniable impact on cancer, neurology, and cardiology diagnosis. But the full potential of PET has been limited, primarily by cost and because the imaging technique relies on the use of radioactive isotopes to visualize physiological processes of the body and these isotopes tend to have short half-lives.

Now, a new company based in Pasadena, CA, is trying to unlock the full power of PET with its radiolabeling platform that launched today. Fuzionaire Dx's technology is based on a breakthrough discovery by Anton Toutov during his PhD studies under Nobel Laureate Robert Grubbs at the California Institute of Technology (Caltech) creating a new branch of catalysis based on Earth-abundant alkali metals like potassium and sodium.

"What we have is a radiolabeling platform that can radiolabel any ligand at record rates of speed," Fuzionaire Dx CEO Nick Slavin told MD+DI.

Not only is it the first platform that can radiolabel any ligand, Slavin said, but the speed matters a lot because of the half-life issue of radioisotopes. For example, fluorine-18, the most commonly used radioactive isotope in PET has a half-life of just 109.8 minutes.

"With our radiolabeling platform, labeling happens seemingly instantaneously, in seconds, and that shaves a lot of time off the current state of the art, which is 20 minutes on up to sometimes hours ..." Fuzionaire Dx CEO Nick Slavin told MD+DI. "We can unlock the potential of PET for disease diagnosis, but also as a tool for drug discovery. "

Until now, producing a catalytic reaction has generally required either the use of rare, expensive metals or high temperature and pressures. According to Fuzionaire Dx, this discovery makes it possible to initiate chemical processes at ambient temperatures and pressures without using precious metals, lowering cost, improving efficiency, and unlocking previously unthinkable chemical reactions.

The new method makes it possible to create fluorine-18 radiopharmaceuticals that contain a novel class of stabilized silicon-fluorine bond, a process that is much more efficient and uses existing radiochemistry infrastructure. These efficiency gains not only lower costs, they dramatically reduce the time it takes to prepare radiotracers.

As a result, molecular imaging techniques like PET will be able to image a much broader range of biological targets and a greater breadth of diseases. This radiolabeling method also reduces the amount of off-target imaging and produces images with greater specificity and image clarity, the company noted.

But, Is This New Platform Adoptable?

"The answer is yes, that's actually one of the most exciting aspects of this," Slavin said. "In a lot of industries, people say 'we have this breakthrough and it's better than the current way of doing things,' but the cost of learning this new method or switching over to this new process, or buying new equipment is a lot, so practically this new, better process just isn't used."

That's not the case with Fuzionaire Dx's platform, Slavin said.

"It fits perfectly into the existing manufacturing paradigm, no new equipment is needed, it goes along the steps already taken to manufacture PET probes, some steps are actually cut out, but it just does everything a lot faster," he said. "That's exciting because I think it means we can become the go-to radiolabeling platform for disease diagnosis and drug discovery pretty quickly."

Fuzionaire Dx has managed to attract support from leading experts in the field, including Michael Phelps, the original inventor of PET, and a professor and chair of the Department of Molecular and Medical Pharmacology at the University of California, Los Angeles (UCLA).

"Mike Phelps is just a remarkable person and, obviously, a luminary scientist, much like Bob Grubbs, and they've been friends for some time,"  Toutov, the co-founder and chief scientific officer at Fuzionaire Dx, told MD+DI. "Bob, of course, knew very intimately of this work because I was in his lab when these breakthroughs occurred."

Given that chemistry has historically been such a fundamental limitation in PET's potential in healthcare, it wasn't long before Phelps caught wind of Toutov's work in Grubbs' lab at Caltech.

"Given that Mike Phelps' legacy really is to make PET as available and as powerful and meaningful to patients as possible, any big chemistry discoveries, especially if they apply to that space, are exciting to think about, and I think that's how that interaction between Bob Grubbs and Mike Phelps happened," Toutov said. "And that has led, over subsequent years, to what we have now, which I think is really exciting."

The company's other advisors are Jason Lewis, former president of the World Molecular Imaging Society, and Kristin Swanson, a mathematical oncologist at the Mayo Clinic.

Does This Tech Play a Role in Precision Medicine?

As the diagnostics space continues its push toward early detection using technologies like liquid biopsy and even artificial intelligence-based genomic testing,

Fuzionaire Dx's platform could be a natural fit with that paradigm shift. If, for example, a patient has a blood test and finds out they have prostate cancer, a PET scan can help track and image the disease and further inform the patient's doctors decide how to treat it.

"The precision medicine element is just a really clearcut case for us," Toutov added. "As new molecules and ligands are developed to target certain specific things ... we should be there ready to label any of those materials and help them be used for PET, so this falls in perfectly with precision medicine."