Medical device manufacturers need to pay attention to the warning signs emerging from the clinical setting regarding the growing problem of alarm hazards. After all, FDA's indication that it would enforce 'increased awareness' of alarm fatigue and associated hazards, in addition to the topic's status as the top health technology hazard and subject of a recent medical device summit, seem to signal impending change. But will the industry be prepared? 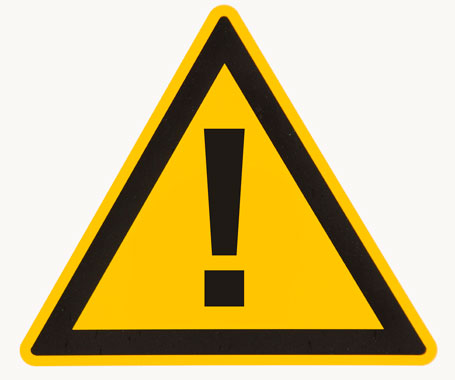 Physiologic monitors, ventilators, infusion pumps, and dialysis units, among other medical devices, typically feature alarms designed to ensure patient safety. Despite their intent, however, medical device alarms are being blamed for an increasing number of adverse events that actually threaten patient safety. In fact, the nonprofit ECRI Institute even went so far as to name alarm hazards as the top technology health hazard of 2012. ECRI also notes that medical device manufacturers filed 216 reports with FDA between January 2005 and June 2010 that dealt with monitor alarm-related fatalities. Other sources report even higher instances, and some people believe the issue to be underreported.

Many of these alarm-related adverse events are attributed to a phenomenon called 'alarm fatigue.' At the Medical Device Alarms Summit convened by AAMI, FDA, The Joint Commission, ECRI, and the American College of Clinical Engineering last October, the diverse group settled on a definition of the issue:

In essence, according to a report detailing the event, "True clinically actionable messages are drowned out by a din of clinically nonactionable or self-correcting alarm conditions."

So, what's the solution? Of course, much of the work to be done to avoid alarm fatigue and associated alarm hazards has to be done at hospitals and in clinical environments. But there are several steps medical device manufacturers should take--and may eventually have to take--to minimize alarm fatigue and alarm hazards. Among them, according to the summit's participants, is the inclusion of a 'black box' in alarm systems in order to compile complete, standardized sets of data; improvement of alarm system integration; and increased emphasis on human factors. The latter, in particular, is critical to successfully minimizing or eradicating instances of alarm fatigue.

And if ensuring patient safety isn't motivation enough for medical device manufacturers to more carefully consider alarm fatigue when designing their alarm systems, perhaps the FDA's recent dedication to the issue will be. William Maisel, deputy director and chief scientist at CDRH, recently told the Boston Globe that FDA was addressing the issue of alarm fatigue by intensifying its premarket review process of medical devices equipped with alarms and providing additional training on associated standards and safety protocols to its reviewers. He also alluded to the potential for future guidance documents that would indicate a "significant changing expectation" related to alarm use in medical devices.

"[He] said the FDA is particularly focused on 'new alarms trying to measure new things,' such as alarms that monitor various physiological functions at once. Manufacturers of these devices claim that considering several parameters together allow them to better predict when a patient is in trouble. Many monitors measure just one function, such as heart rate and rhythm," according to the paper.

With the rapidly increasing awareness and concern for alarm fatigue, coupled with FDA's and other organizations' pledged commitment to the cause, medical device manufacturers should be heeding the signals and reevaluating medical device alarm systems. Otherwise, they might find themselves in an alarming situation of their own.--Shana Leonard