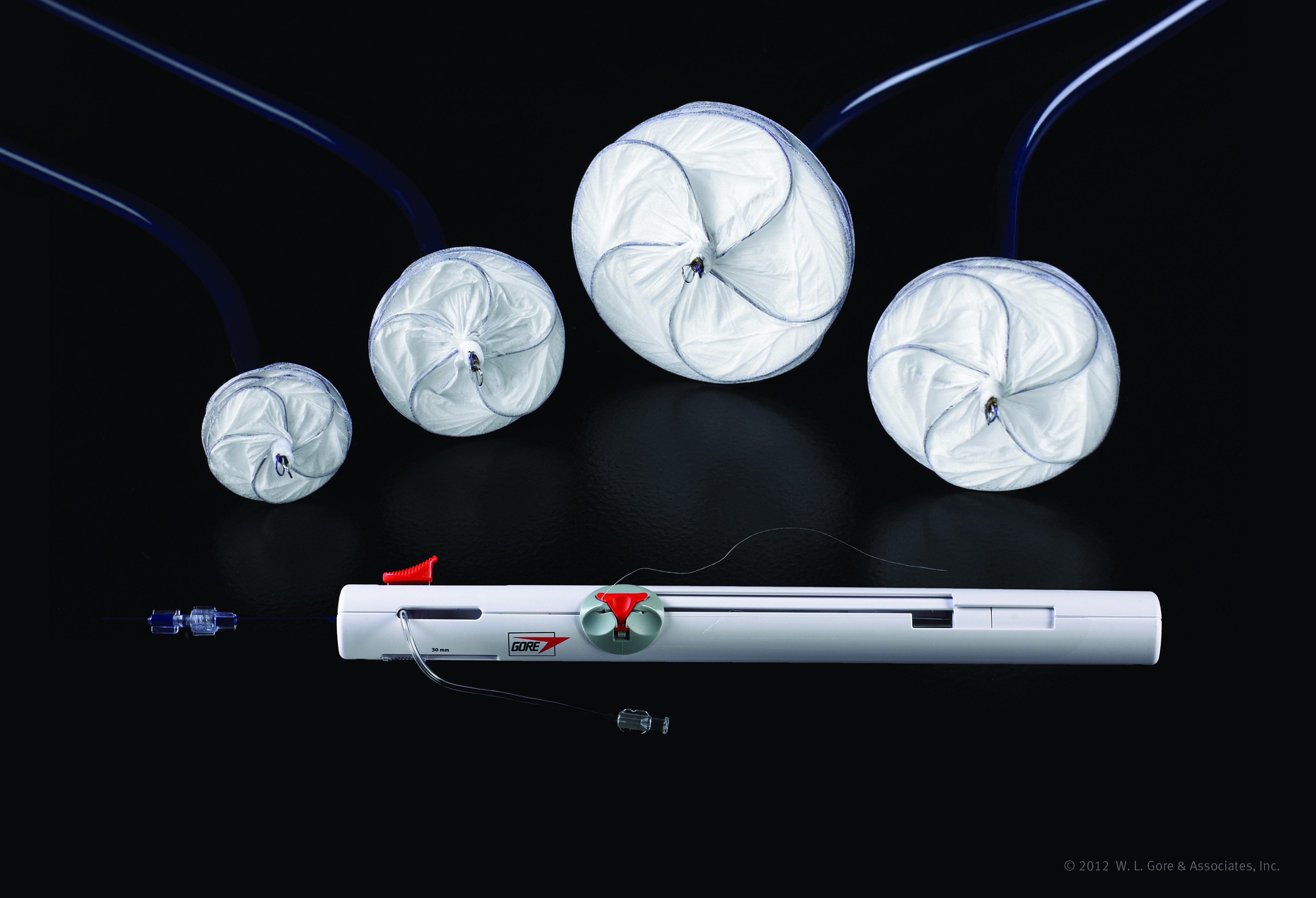 A new study shows that a device to plug a hole in the heart can reduce the risk of recurrent stroke by more than 76% when combined with antiplatelet therapy than such therapy can do alone.

W. L. Gore & Associates, manufacturer of the Cardioform septal occluder, is hoping the study's results will persuade the American Academy of Neurology to rethink its guidelines on using such devices to prevent recurrent stroke.

Gore is also playing catch-up with St. Jude (now Abbott), whose Amplatzer device won FDA approval in October 2016 for the same use. Gore said it would submit the data from this study to FDA by the end of 2017.

In July 2016, the neurologists' group advised its members against routine use of catheter-delivered closure devices to prevent recurrent stroke in patients who have patent foramen ovale (PFO). PFO is a small hole in the wall between the right and left upper chambers of the heart that never closed after birth. The opening could allow a blood clot to pass from the right to left chambers and then to the brain.

"There has never been a study of a PFO closure device that showed statistically significant reduction in stroke recurrence in the primary intent-to-treat analysis," University of Pennsylvania neurologistScott Kasner, M.D., the U.S. neurology national principal investigator for the REDUCE study, said in a statement. "Other PFO closure device trials had to rely on secondary analysis, including following patients for up to a decade, before achieving statistical significance."

REDUCE also met its co-primary endpoint of reducing new brain infarct, including silent stroke, by nearly 50%, the company statement said. Patients are unaware of having a silent stroke, which carries an increased risk of clinical stroke, dementia, and cognitive dysfunction.

Gore announced the REDUCE study results at the European Stroke Organisation Conference in Prague. The largest previous trials were CLOSURE I, which studied the Starflex device by NMT Medical, and the RESPECT and PC trials of St. Jude's Amplatzer PFO occluder, according to an email from Peter Zeller, Ph.D., a structural heart product specialist at Gore. NMT Medical went out of business in 2011.

Gore's Cardioform septal occluder also demonstrated no significant difference in the rate of serious adverse events  among patients who received the device and those in the control group, Kasner said in the statement.

About a quarter to a third of Americans have PFO. It generally causes no health problems, but in cases of cryptogenic stroke, which has no known cause, risk of a second stroke is  greater when there is a PFO, according to the American Heart Association. Roughly 25% of first-time strokes are cryptogenic. Gore cited studies showing that PFO can be found in up to 40 to 50 percent of patients who have had a cryptogenic stroke.

The REDUCE study of 664 randomized patients, ages 18 to 59 with a history of cryptogenic stroke, took place in 63 investigational sites in seven countries. The trial met its primary endpoint by showing a 76.6 %reduction in recurrent ischemic stroke in patients who underwent PFO closure in conjunction with antiplatelet therapy versus those who underwent antiplatelet therapy alone after an average of 3.4 years follow-up. Ischemic stroke is caused by a blood clot or a narrowing of the artery.

The American Academy of Neurology had no immediate comment on the study, according to a spokeswoman.

Gore's Cardioform occluder is a permanent implant delivered via cardiac catheterization. It consists of a Nitinol alloy frame covered with a thin expanded polytetrafluoroethylene (ePTFE) membrane. It has received the CE Mark for percutaneous, transcatheter closure of atrial septal defects such as PFO and ostium secundum.