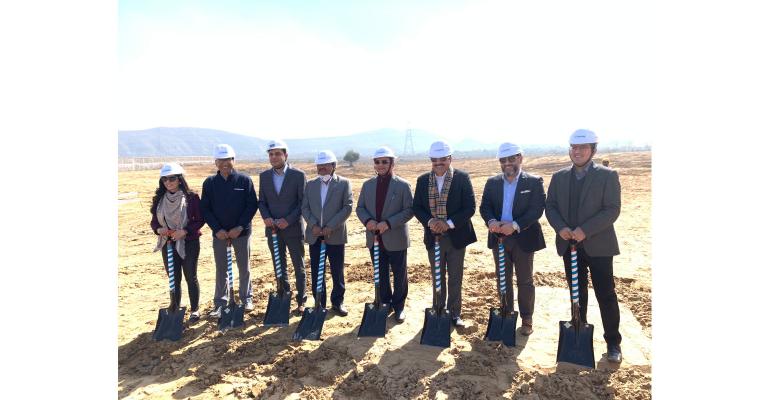 Groundbreaking for Multivac's 10,000-sq-meter state-of-the-art complex for sales and production in Ghiloth, India
Investment amounts to 6.8 million euros and completion is planned for December 2022.

Multivac is building a 10,000-sq-meter state-of-the-art complex for sales and production in Ghiloth, 120 km from Delhi, on the Indian subcontinent, in the RIICO Industrial Area.

The investment amounts to 6.8 million euros and completion is planned for December 2022. About 100 staff will be employed at the site in the state of Rajasthan.

Multivac has been represented in India by a subsidiary for more than a decade. The joint venture with Laraon Group in 2009 was an important milestone for Multivac in the context of its internationalization strategy, as well as in developing new markets in South Asia.

The production area with assembly of thermoforming packaging machines and traysealers, as well as the manufacture of dies and format sets, will cover about 5,000 sq meters. A separate hall area is envisaged for stocking spare parts and consumable materials.

“We are building up not only local production capacity, but also developing this site as a hub for the South Asia region,” said Guido Spix, joint group president of Multivac.

The declared aim is to provide the optimum service to customers through regional proximity and shorter delivery times. The Indian sales company with its own showroom, as well as a Training & Application Center for packaging and bakery machines, will be located at the same site.

“The key to our success is an intelligent infrastructure, modern manufacturing facilities, and a high level of expertise in packaging and processing combined with outstanding quality, everywhere in the world,” said Christian Traumann, joint group president of Multivac.

“We would like to thank our customers in India, Sri Lanka, and Bangladesh for their confidence in Multivac, which is the basis for investing in such a facility,” said Dhingra.

In addition to the new factory in India, Multivac has 13 production sites in Germany, Austria, Spain, Brazil, Bulgaria, China, Japan, and the US, as well as more than 80 sales and service companies worldwide.