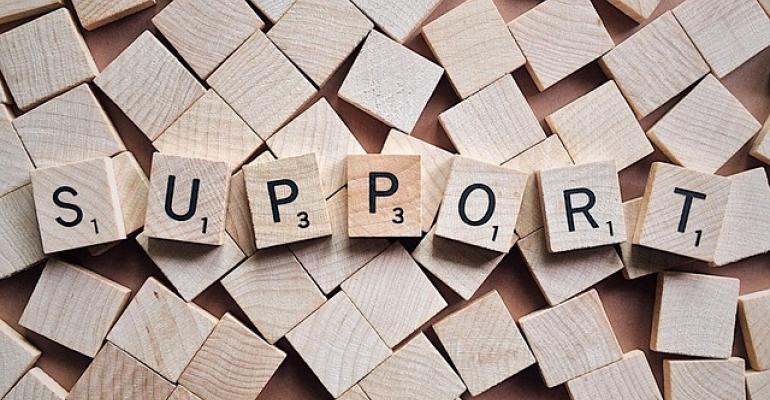 Image by Wokandapix from Pixabay
With the EU Medical Device Regulations just over one year away, this latest revision aims to help medical device manufacturers meet the regulation’s General Safety and Performance Requirements.

If you’re involved in medical device packaging, you’ve got a lot of support these days, with even more on the way. The latest revision of ISO 11607-1/2: 2019, “Packaging for terminally sterilized medical devices,” was just published in February 2019, and ISO TS 16775, the guidance on the application of ISO 11607, is now being revised. These revisions are among the many regulatory changes happening globally, and they may help medical device companies prepare for new rules such as the European Medical Device Regulations (EU MDR).

Many of the global regulatory changes unfolding in the last couple years in the EU as well as in India, the EAEU including Russia, and the ASEAN are based on the essential principles published by the International Medical Device Regulators Forum (IMDRF), Wagner said. These principles are also published under ISO 16142:2016 "Medical Devices - Recognized Essential Principles of Safety and Performance of Medical Devices." Under the EU MDR, they are referred to as General Safety and Performance Requirements (GSPR). Harmonized standards will be the means to demonstrate compliance with these GSPRs.

ISO 11607-1:2019 "Packaging for Terminally Sterilized Medical Devices -- Part 1: Requirements for Materials, Sterile Barrier Systems, and Packaging Systems" and ISO 11607-2:2019 "Packaging for Terminally Sterilized Medical Devices -- Part 2: Validation Requirements for Forming, Sealing, and Assembly Processes" were published February 4. The documents were revised with the EU MDR GSPRs in mind to support harmonization of the standard. Among the notable changes are formal inclusion of risk management, usability evaluations, a new annex on ways to differentiate a sterile barrier system from protective packaging, a new section on visual inspection, a section on design changes and validation, a revised section on process validation that includes the new concept of a process specification, and a new annex on environmental aspects according to ISO and CEN guidance, Wagner told the HealthPack audience.

Some of the ISO 11607 revisions evolve from the following EU MDR GSPR: a “design shall allow for easy and safe handling and . . . prevent microbial contamination,” and “it shall be ensured that the integrity of that packaging is clearly evident to the final user,” Wagner explained.

As a consequence, ISO 11607-1: 2019 states that packagers “shall conduct a documented usability evaluation for aseptic presentation,” Wagner said. This “can be conducted in a real or simulated-use environment.” Such instruction will prove useful to medical packagers, as the “EU MDR is closing the loop on usability for the device as it requires [identifying] options to improve the usability in case of unfavorable post-market surveillance feedback from the final users," he said.

As of March 7, the EN ISO versions had not been published yet, Wagner said. “There are ongoing discussions regarding Annex Z’s linking the EU MDR GSPRs to the standard’s clauses,” he said. A harmonized standards consultant will meet with CEN TC 102/WG4, the EU committee in charge of EN ISO 11607, this month. The focus will be harmonization with the EU MDRs, not the MDD as it is going to be repealed in May 2020, he said.

ISO TS 16775 "Packaging for Terminally Sterilized Medical Devices - Guidance on the Application of ISO 11607-1 and ISO 11607-2" has been under revision since May 2018, Wagner said. The structure of the guidance document has been completely changed to follow the flow of ISO 11607 clause by clause. ISO TS 16775 is not normative—it is entirely informative, providing ways to comply with ISO 11607, he added.

“The objective is to publish the revised ISO TS 16775 early in 2021, one year ahead of schedule. There is a lot of good stuff in it, but the document has not been that popular, so WG7 is working to see how to make it more useful,” he said. In a live survey that Wagner led during a pre-conference workshop at HealthPack, almost half of the respondents had never used ISO TS 16775, "but a majority was keen to get a copy of the new revised version," he said.

To help sterile packaging users distinguish a sterile barrier system from a protective layer, a new requirement of ISO 11607, Wagner is leading an effort through the SBA to develop a symbol that could be used alongside the boxed word STERILE. A symbol could help packagers comply with the EU MDR Annex I Section 23.3, which requires an indication of the sterile barrier. According to ISO 11607-1: 2019, such a symbol would not be required when only one layer exists, such as a single pouch, he said. "However, for this to be possible, there are still changes that must be done in the labelling standard ISO 15223-1, and the harmonized standard consultant needs to agree with the approach. For packaging with multiple layers, this indication is important to allow users to take the right decisions for aseptic presentation, since contamination of the sterile field would result in a risk to the patient," he said.

The symbol under consideration is an oval with one solid border representing each validated sterile barrier and a dotted border representing the protective layer (if there is one). In a survey conducted in 2018, nearly three-quarters (74%) found the difference between the solid and dotted lines clear, Wagner shared. After developing a symbol-validation protocol, Wagner and his team tested the symbol with more than 400 healthcare practitioners around the world in terms of comprehension, usability, and memory. According to Wagner, "the validation demonstrated that the symbols are easily understandable once the solid/dotted line concept is learned with excellent results in terms of usability and memory." ISO TC 210 WG 3 will meet at the end of March 2019 to develop a DIS (draft) for ISO 15223-1:2016 Medical Devices -- Symbols to Be Used with Medical Device Labels, Labelling, and Information to Be Supplied -- Part 1: General Requirements."

A HealthPack attendee asked Wagner why the STERILE symbol couldn’t be changed instead by adding a second frame, given the use of small packages for some pharmaceuticals. Wagner said that it would be difficult to change an existing symbol. “How would you transition from one regime to the other?” he asked. "And the symbol STERILE includes Roman characters not meeting the symbol design requirements, but it can be retained for historic reasons. Another consideration is that symbols must continue to be readable if they are reduced in size. For these reasons, this option was not retained by ISO TC 210/WG3," he said .