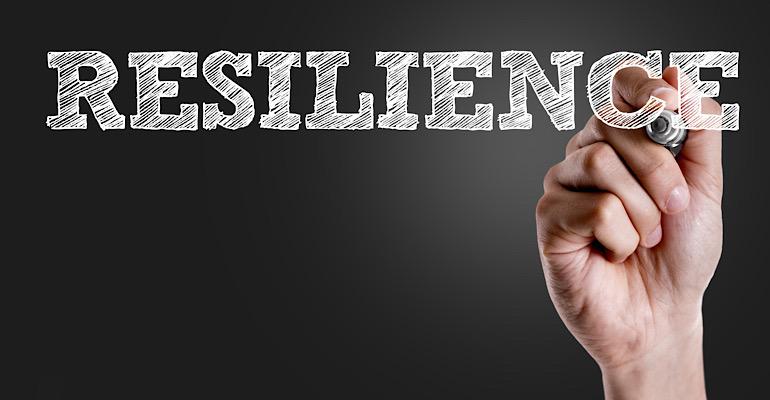 "As analysts, we're guilty of assuming the worst, and it seems we became victims of our own pessimism again as [Zimmer Biomet] far exceeded Street estimates in 2Q20," Ryan Zimmerman, a medtech analyst at BTIG, acknowledged in an investment report.
Zimmer Biomet revenue across all categories exceeded analyst expectations in the second quarter, despite COVID-19 disruptions, and Rosa placements were also surprisingly strong.

Zimmer Biomet, the company that MD+DI editors recognized as the 2019 Medtech Company of the Year kicked off 2020 on a strong note, and just six months ago the company was looking at the year ahead through "Rosa-colored glasses".

Then, along came COVID-19 and all of its associated economic uncertainties, and it became clear that orthopedic device companies like Zimmer Biomet could face a double whammy during the pandemic: Lower procedure volumes combined with a drop in capital equipment purchases like robotics and navigation systems.

Naturally, financial analysts covering the space factored those disruptions into their thought processes, especially heading into the second-quarter earnings season, which was widely predicted to be the hardest-hit quarter across the medical device industry. Fortunately, many device companies — including Stryker — have already reported strong beats in the quarter, and the orthopedic sector in particular has shown a sharp bounce-back in surgery volumes, even as COVID-19 rages on in many parts of the world.

This week, Zimmer Biomet added its name to the list of medical device companies that beat analyst expectations in the second quarter, both in terms of revenue and earnings per share, even though the company's underlying revenue growth slowed due to COVID-19 related disruption.

"As analysts, we're guilty of assuming the worst, and it seems we became victims of our own pessimism again as [Zimmer Biomet] far exceeded Street estimates in 2Q20," Ryan Zimmerman, a medtech analyst at BTIG, acknowledged in his report.

Better expense management was one of the drivers of the company's meaningful beats in hips, dental, spine, S.E.T. (sports medicine, extremities, and trauma), and CMT (craniomaxillofacial and thoracic), Zimmerman noted.

"To be fair, we expected this, as commentary from MD surveys and companies pointed to a stronger picture at the tail-end of the 2Q," the analyst said. "...Even so, investors should be encouraged as [Zimmer Biomet] is proving to be more resilient than previously surmised."

Zimmer Biomet CEO: 'There is real reason for optimism'

"The recovery that we’ve seen to date, and really specifically in Q2, is encouraging," Zimmer Biomet CEO Bryan Hanson said during the earnings call, according to Seeking Alpha transcripts. "Now it’s early, but so far, it’s been better than we expected. Based on what we are seeing and really just experiencing in the recovery, there is real reason for optimism. But, given the number of unknowns related to COVID, I would say, it’s more prudent to be cautiously optimistic right now."

Hanson said the company is "watching closely" and continues to see rising patient demand, which is evident in increased procedure volumes. He also noted that most surgeons and hospitals are ramping up capacity to support that demand.

"It’s a pretty big variable associated with whether or not you can get that backlog patient and the new patient coming in," Hanson said.

The CEO also talked about how the company's Q2 performance was better than expected across all of its regions, especially in the United States.

"And I got to say, the U.S. recovery performance is really encouraging to me, as this is momentum that we’re seeing despite the resurgence of the virus in many of our states," Hanson said. "Importantly, this trend has continued into July, even as some of the states with the rising COVID numbers like Florida, Texas, and Arizona. So again, even though we’re seeing that resurgence of the virus, we still are pretty bullish on what we’re seeing in U.S. so far."

Analysts also seemed encouraged that Zimmer Biomet estimates a backlog of procedures worth about $700 million to $800 million.

Zimmer Biomet sees strong demand for Rosa, even during the pandemic

Zimmer Biomet continues to see strong momentum behind its Rosa surgical robotic system, which may come as a bit of a surprise given earlier assumptions that the pandemic would hurt capital equipment purchases. Hanson said Zimmer Biomet has about 150 Rosa knee systems installed globally, and with those units the company is seeing "very strong utilization per unit." In fact, he said, the company is on pace to be doing about 3,000 Rosa knee cases per quarter, which is more than double the procedural volumes that would have been seen in the fourth quarter of 2019. 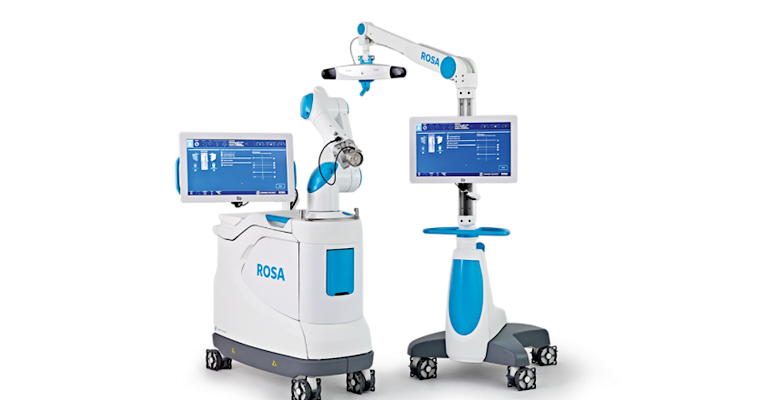 "And by the way, that’s inside of the pressure on elective procedures that we’re seeing as a result of the pandemic," Hanson said. "In addition to that, we’ve got a number of accounts in our active pipeline ... based on the volume of accounts in that pipeline, we’ll be very disappointed if we don’t have between 200 and 300 Rosa systems out in the market by the end of this year."

This number was a welcome surprise to analysts like Matson, who noted in his report that he previously thought Zimmer Biomet would place "100 or more" Rosa systems in 2020. Matson also emphasized that more than 50% of Rosa placements in the second quarter were in what the company considers to be competitive accounts.